The Government Is Severing a Lifeline for Low-Income Americans 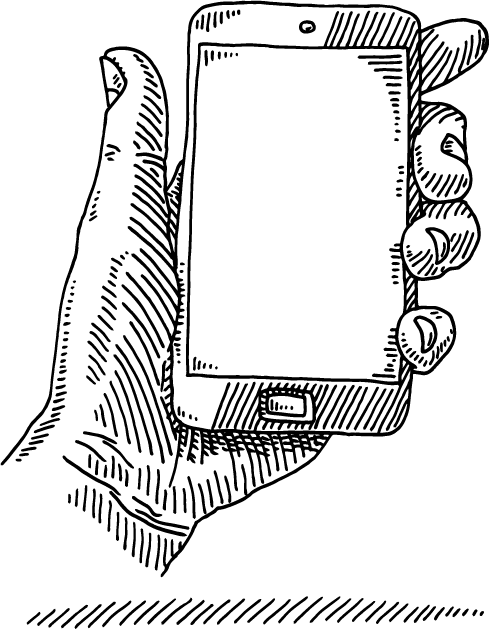 Imagine you can’t afford phone or internet service. You could make it work with just an extra $9.25 a month—so that the next time you’re in an emergency, you won’t have to rely on someone else to call for help, or miss out on another job because you couldn't fill out the online application in time.

Lifeline, the only federal program that subsidizes the monthly cost of wireless and internet service, is built on that very promise. But for millions of Americans, accessing it proves just as prohibitively challenging.

People qualify for Lifeline’s monthly $9.25 subsidy based on a number of factors, including income level and participation in other federal assistance programs (such as Supplemental Nutrition Assistance Program (SNAP), Medicaid, Veterans Pension, and Bureau of Indian Affairs General Assistance). 35 million U.S. residents currently qualify for Lifeline through their SNAP eligibility alone.

In spite of this, participation in the program has steadily dropped over the last several years, with only a quarter of the qualifying population taking advantage of Lifeline’s services.

Applying for Lifeline is already difficult enough for financially strapped individuals who need the program to make crucial connections to healthcare, education, and employment. They need to find out if they qualify, track down a provider that offers Lifeline-supported services in their area, fill out multiple forms to prove their eligibility to that provider, and wait for the provider to come back with a “yes.” And chances are, if someone is applying for Lifeline, it’s often without the help of reliable wireless and internet service.

Unfortunately, the Federal Communications Commission (FCC), the federal agency in charge of Lifeline, is proposing changes that would make it even harder for low-income people to participate— including forcing Lifeline applicants to answer invasive personal finance questions. Applicants, for instance, would be asked if they “already subscribe to voice or broadband service, and whether they would be able to afford their Lifeline-supported service without the Lifeline discount”—an unnecessary question if a person already meets the existing qualifications for the Lifeline subsidy.

Delivering valuable services like Lifeline to low-income Americans is already a significant challenge. Adding such screener questions would render the process even less accessible—low-income consumers in the middle of an already-difficult application, for instance, may be deterred if presented with a series of questions amounting to, “But do you really need this subsidy?”

Similarly problematic is a proposal from the FCC to monitor the data usage of Lifeline subscribers. The agency argues that it must verify consumers’ use of Lifeline service to stop program funds from going toward unused subscriptions. If approved, this deeply invasive practice would vilify the very people Lifeline is meant to help—along with introducing a host of critical privacy concerns. The FCC’s alternative suggestion that subscribers contact the Universal Service Administrative Company (which oversees Lifeline) to confirm they’re using their service is equally burdensome, since those using the program likely don’t have the time or institutional knowledge to consistently make these reports.

These proposals aren’t just bureaucratic hurdles; they can inflict real harm on those unable to afford crucial communications services. The FCC, for instance, would also prohibit Lifeline carriers from offering subscribers free handsets (smartphones, cell phones, etc.)—an essential benefit for qualifying households that might not otherwise be able to afford such a device. Lifeline carriers serve a specific market—one in which customers may not be able to afford a device and are even less likely to be able to afford internet-capable smartphones. To ensure that the Lifeline subsidy is most useful for subscribers—and, of course, to make sure they can reach the most consumers—some carriers offer Lifeline participants handsets on their own dime. After all, if a household is seeking a Lifeline subsidy of $9.25, it’s unlikely they’ll be able to spend much more than that—if anything at all—on a handset with which they can actually use the Lifeline service.

And it’s not just the FCC that’s making it harder for qualifying applicants to access basic everyday services. Other proposed changes to related federal benefit programs, such as SNAP and Medicaid, also bode ill for those in dire financial straits. For instance, the Trump administration has proposed requiring families living near the poverty line to show that they receive substantial, ongoing federal financial assistance in order to receive SNAP benefits. The proposed rule change would result in 40,000 children losing access to free and low-cost meals— and, with over 33 percent of Lifeline subscribers enrolled through their SNAP eligibility, may also endanger their access to telecommunications services.

In short, the FCC’s continued attacks on Lifeline add more force to the battering ram of policy proposals breaking down the public benefit and federal assistance programs Americans rely on. At the end of the day, the agency is responsible for bringing as many eligible consumers as possible to the Lifeline program: Rather than thrusting additional burdens on Lifeline subscribers, it should enact robust verification processes to scrutinize the companies that offer Lifeline services. The FCC should also work in tandem with other agencies that administer public benefits, such as SNAP, to ensure that more qualifying individuals learn about Lifeline and sign up for the program. Finally, the FCC should prioritize the completion of reforms, such as the implementation of a “National Verifier,” to streamline the process of verifying Lifeline applicants. This would protect the integrity of the program by ensuring an independent party is confirming Lifeline eligibility, rather than the companies.

Policymakers—particularly those who claim to champion low-income Americans—need to design policies around user needs, rather than further exploiting the already disadvantaged and contributing to a vicious cycle of poverty. Lifeline, per its name, literally connects vulnerable Americans to critical services, such as 911 and healthcare. Not only that, a Lifeline connection may be a subscriber’s only way of unlocking employment opportunities that may help them one day leave the program behind.

Phone and internet service aren’t luxuries—they’re necessities. It’s time for the FCC and other federal agencies to own up to their missions and adopt user-centered policies that make it easier for qualifying individuals to access potentially life-saving services. Their ultimate path forward will dictate whether tens of millions of Americans are able to schedule doctor’s appointments, check in with their kid at school, call 911 wherever they are—and live healthy and productive lives.