The Lessons of Hillbilly Elegy 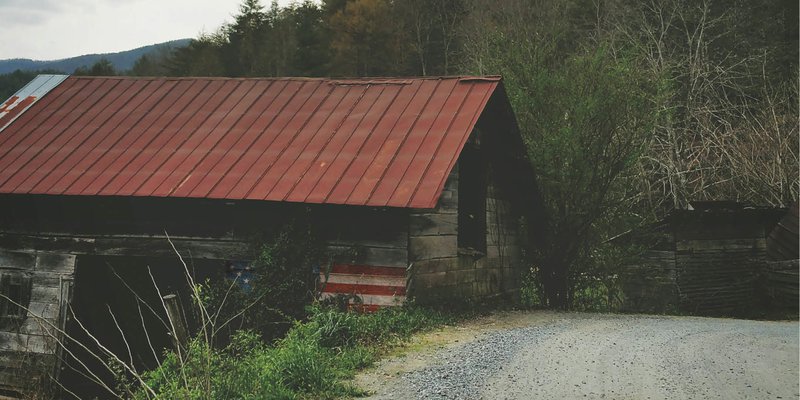 Hillbilly Elegy has become a kind of post-election manual for understanding Trump voters, as has Joan Williams’ “What Americans Don’t Understand About the Working Class” (which would be more accurately titled “What Americans Don’t Understand About the White Working Class).  Yet J.D. Vance, a thirty-one year old California investor and a self-described conservative, did not set out to be the oracle of the new swing voter. He wrote Hillbilly Elegy as a memoir – an account of how a “working-class white American[] of Scots-Irish descent” made it through a landscape of broken families, substance abuse, poverty, and self-destruction to the Marines, Ohio State, and ultimately Yale Law School.

It’s a country yarn of a book, bringing Vance’s colorful and highly opinionated relatives to life. It’s also a classic American rags-to-riches story, except that he aims to emphasize just how rare that story is for the people he grew up with. He wants “people to understand what happens in the lives of the poor and the psychological impact that spiritual and material poverty has on their children,” and “to understand the American dream as my family and I encountered it.”

I had the book on my reading list before the election and read it recently, not as political commentary so much as travelogue—an effort to appreciate and understand a world very different from my own. I looked also, as I always do, for insights and lessons. Three jumped out at me.

1) Don’t always reach for the brass ring. As a former law professor myself, one who has written hundreds of clerkship recommendations over the years, I was struck by Vance’s account of a conversation with a mentor, Yale law professor Amy Chua.  When he was caught up in clerkship fever—the period when law students at top schools compete to see who can land a clerkship with the most prestigious judge—she counseled him against applying to a top appellate judge. “I don’t think you are doing this for the right reasons,” she said. “I think you’re doing this for the credential, which is fine, but the credential doesn’t actually serve your career goals.” She advised him instead to prioritize his girlfriend–the woman he ultimately married, and to build a professional life that made sense for him.

As Vance put it, Chua gave him permission to be himself. She told him “it was okay to chart my own path and okay to put a girl above some shortsighted ambition.” I could not agree more, both because I believe strongly in constructing a society that allows citizens to put family first when they need to without harming their career and because setting personal goals ahead of prestige builds character, integrity, and entrepreneurship. When mentees ask me for advice about whether they should take a particular job, I tell them not to think about who they want to be but what they want to do. The rush of holding a particular title – CEO, president, dean, director – is much less important than enjoying the actual day-to-day work that such jobs require.

2) Embrace a flexible definition of family. Vance describes a childhood marked by a “revolving door of father figures,” as his mother continually changed partners. He bounced from home to home and school to school until finally moving in permanently with his grandmother Mamaw, a “crazy hillbilly” who loved him fiercely. Her stability and discipline got him through high school. Vance connects his experience to Stanford economist Raj Chetty’s work showing that children in the South, the Rust Belt, and Appalachia—places with large numbers of single parents and high income segregation—have the fewest opportunities for social mobility.

Part of the problem, as Vance sees it, is “how state laws define the family.” He describes an experience when he was twelve and his mother was arrested, leaving him and his older sister “in the system,” with social worker visits, mandated family counseling and a court date to determine whether Vance should be allowed to stay with his mother. He tried to explain that he “spent most of [his] time with [his] grandparents” and wanted to continue that way, but his caseworkers made clear that the courts might not approve that arrangement. “In the eyes of the law, my grandmother was an untrained caretaker without a foster license.” If a judge found that his mother could not care for him, he was as likely to find himself placed with a foster family of strangers as with his own grandparents.

“For families like mine,” Vance writes, “and for many black and Hispanic families–grandparents, cousins, aunts, and uncles play an outsize role,” but are denied custody of children in favor of licensed foster parents.  It is striking and refreshing to read a self-proclaimed conservative standing up for a broader concept of family. Conservatives rightly, in my view, emphasize the importance of strong families, but they typically mean nuclear families, defined as one husband and one wife and some number of children. Those "other" families–the ones comprised of grandparents, aunts, uncles, and random in-laws -- are portrayed as an inner-city African-American pathology. Vance makes clear that the problem arises in poor white communities just as much as black ones. Most important, he recognizes, as New America CA fellow Mia Birdsong does, that strong families are resilient families, and that flexibility in recognizing different family members as parents, can be a defining attribute of strength. Children need strong, stable adults in their lives, wherever they come from.

3) Make Room for Both/And Politics. Vance grapples with age-old questions of personal responsibility: To what extent are his mother’s substance abuse, poverty, and parenting failures a result of her own choices? How much flows from the culture she inherited and the failures of her own parents?

These are the standard fault-lines between conservatives and liberals. But Vance rejects the dichotomy. His own view, in the end, “is mixed.” He has finally found room “for both anger at Mom for the life she chooses and sympathy for the childhood she didn’t.” Similarly, he recognizes a number of policy solutions, including a broader legal definition of family, which can “put a thumb on the scale” to help more children born into entrenched poverty make it out.

At the same time, Vance unflinchingly indicts cultural pathologies such as the collective fiction that people are working hard when they are not, the idea that good grades are girlie, and the equation of manhood with violence and sexual conquest. He comments on the widespread  “feeling that you have little control over your life and a willingness to blame everyone but yourself,” a narrative that his own life disproves.

Overall, Vance rejects either/or explanations of choice versus culture in favor of “both/and politics.” Ironically, I first heard that expression from Hillary Clinton; I continue to believe that it is the way she would have tried to govern as president. I am thus glad to see an answering echo in Vance’s brand of conservatism.

The book I reached for the day after the election was not Hillbilly Elegy but George Packer’s The Unwinding, a 2013 National Book Award winner that I had started when it came out, and never finished. This time I read it through: Its stories of a divorced father and small-time North Carolina energy entrepreneur, an Alabama-born Washington lifer political aide turned lobbyist, a Youngstown, Ohio single mother-factory-worker- community organizer, and several survivors of the 2008 housing crisis and financial meltdown in Tampa help explain an America that feels betrayed, not only by politicians but by banks, schools, media, and private enterprise itself. Next, I will turn to Charles Murray’s Coming Apart, a more conservative account of the same phenomenon, as the similarity in the titles suggests. Nancy Isenberg’s White Trash, Arlie Hochschild’s Strangers in Their Own Land, and Jonathan Haidt’s The Righteous Mind are all also on my reading list.

America has come apart, unwound, unraveled before. As in the late 19th and early 20th centuries, we have been shaken loose by the forces of technological and demographic change. Our jobs are disappearing; our society is stratifying; our identity is transforming.  Yet these changes can also be the engines of renewal: the embrace of a new set of principles and prescriptions that can unite a working majority of Americans behind government, private, and civic action. To find that new creed, let’s start with the personal more than the political. Let us learn from Hillbilly Elegy and read each other’s stories, looking for morals and life lessons that can surprise and unite us.