Leaving It to Locals to Fuel Criminal Justice Reform 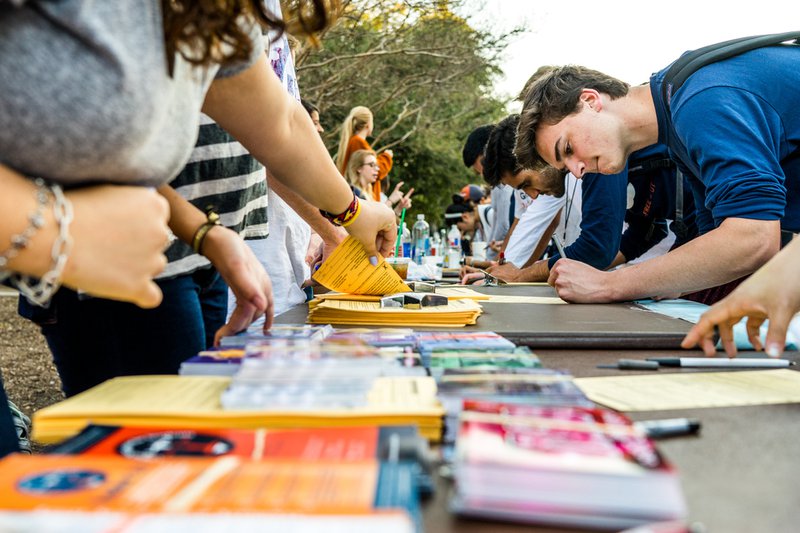 This past Independence Day, 150 St. Louisans gathered downtown to protest on behalf of those who couldn’t—inmates at the St. Louis Medium Security Institution, a jail more commonly known as the “Workhouse.” Over the past two summers, these protests have become annual occurrences. In 2017, for instance, reported triple-digit temperatures inside the jail ignited the protests. Even though the city responded by installing temporary air conditioning units, rodent and insect infestations, pervasive mold, broken toilets, guard-perpetrated violence, and medical negligence still plague Workhouse inmates.

Across the country, jails are all too often used as holding pens for people who can’t afford to pay bail. The Workhouse in St. Louis is no exception to this phenomenon. In July 2017, almost all of the 836 inmates were awaiting trial, with only a handful having actually been convicted. Given that, historically, criminal justice reform has only rarely come from the city’s prosecuting attorney, community members have taken matters into their own hands. These local-led efforts are part of a gradual reform movement—one that, on closer inspection, reveals the enduring importance of local organizing not only in St. Louis, but across the entire country.

The St. Louis community, as a whole, is affected by the facility and the systemic injustices that regularly lead inmates to the jail. Enter Close the Workhouse, a grassroots campaign dedicated to permanently closing the jail—without opening a new one in its place. The movement is the product of collaboration between a number of St. Louis’ legal and activist organizations. This includes Arch City Defenders, a nonprofit law firm specializing in defending marginalized people from the local criminal justice system; Missourians Organizing for Freedom and Empowerment, an economic justice and community-organizing group; and the Saint Louis Action Council, a black-led group seeking social and political reform. The Bail Project, a national bail fund, also joined forces with these groups to try to close the Workhouse.

These grassroots efforts have already achieved incremental success for the St. Louis prison and criminal justice reform movement. In addition to the quick-fix temporary air conditioners the government installed last summer in response to protests, this August, St. Louis city residents will vote on Proposition 1—a $50 million bond that would allocate nearly $6.5 million to repair basic infrastructure, such as air conditioning and plumbing, inside the Workhouse. While some activists argue that these temporary changes distract from the ultimate goal of closing the Workhouse, Proposition 1 represents the progress of grassroots reform efforts.

The success of the Close the Workhouse protesters fits into a storied history of grassroots organizing in St. Louis. African-American St. Louisans, in particular, have long mobilized to effect change in the city. Following city-wide protests last October, in response to the Stockley verdict, which acquitted St. Louis police officer Jason Stockley of allegedly murdering Anthony Lamar Smith, St. Louis Magazine published an overview of St. Louis’ citizen-driven protests, which include the unsuccessful 1819 movement to prevent Missouri from becoming a slave state (it ultimately did in 1820), campaigns to coerce all-white companies to hire African-American workers in the ’40s, and the efforts of the Civic Alliance for Housing to secure fair low-income rent and welfare support in the ’60s.

Similar attempts to organize for criminal justice reform have stretched across the country. This month, Louisiana became the second-most incarcerated state in the country—a drop from its long-held position at the top of the list—due partly to grassroots organizations. Louisianans for Prison Alternatives, the Louisiana Youth Justice Coalition, Operation Restoration, and the Foundation for Louisiana were among the many advocacy groups that sought to reform several facets of the state’s criminal justice system. These efforts included reinstating voting rights for formerly incarcerated citizens, using alternative punishment for nonviolent crimes, increasing parole eligibility, and changing the punishment for court fine delinquency.

In 2017, these organizations aided in the passage of a package of 10 criminal justice reform bills in the Louisiana state legislature. The bills aimed to reduce the population of incarcerated non-violent offenders, decrease recidivism rates, save taxpayers’ money, and re-invest 70 percent of the savings into programs that would benefit both crime victims and justice-involved people. According to a report by the Louisiana Department of Public Safety and Corrections and the Louisiana Commission on Law Enforcement, one year after the programs began, the state’s total prison population decreased by 7.6 percent, and the number of people imprisoned for nonviolent crimes dropped by 20 percent. (In contrast, while the Workhouse currently operates at roughly 70 percent capacity, Missouri is on track to be over its total inmate capacity by 2,351 beds by the end of 2021, according to a 2017 report commissioned by former Governor Eric Greitens.)

Other cities have seen success with closing specific jails, too, due in no small part to grassroots advocacy. In Philadelphia, for instance, Mayor Jim Kenney announced in April that the House of Correction, colloquially known as the Creek, will be closed by 2020. Like the Workhouse, inmates at the Creek are subjected to subpar conditions, including extreme temperatures, exposed pipes, structural decay, and inadequate access for inmates and visitors with disabilities. The jail also has a manual lock system, which poses a major threat to inmates in the case of fire.

Kenney’s announcement comes after Philadelphia experienced a 33 percent decrease in its prison population in two years. Philadelphia’s reform stems from the grassroots campaign Close the Creek, a coalition formed by the No215 Jail Coalition and the Coalition for a Just DA, with support from the Center for Returning Citizens, the Youth Art and Self-Empowerment Project, and the Frontline Dads. But the city’s sweeping criminal justice reform can’t be attributed solely to grassroots efforts; a new, reform-minded district attorney, who was supported by grassroots campaigns inside and outside prisons, and a $3.5 million grant from the MacArthur Foundation Safety and Justice Challenge, also contributed significantly to Philadelphia’s success.

Why does this sort of reform appear to be so effective?

For one thing, grassroots organizations’ unique place within communities allows them to learn and adapt on the ground. Their expertise is important not only for governments, but also for national organizations with local chapters. Though the local nature of grassroots efforts often denies them national media attention that can garner support for the cause and place pressure on local officials, partnering with national organizations like the American Civil Liberties Union, NAACP, Southern Poverty Law Center, Bail Project, and JustLeadershipUSA can provide funding, manpower, and the national spotlight that local organizations typically lack.

New York City’s #CloseRikers campaign offers a good example of such a partnership. While led by the communities directly impacted by the notoriously violent and inhumane Rikers Island jail complex, #CloseRikers has also partnered with over 150 national and grassroots organizations, ranging from the Bronx Freedom Fund and the Brooklyn Movement Center to the Innocence Project and JustLeadershipUSA. It’s important, however, that local campaigns retain the agency to do local work: educating local communities, engaging with local elected officials and power players, and providing local oversight capabilities. Critically, collaboration between different networks of local movements can allow organizations to share best practices, learn together from stagnation or failures, and offer a wider support system while maintaining their autonomy.

In the future, this spirit of collaboration ought to be applied not only within cities, but across the entire country. Indeed, these distinct hubs of criminal justice reforms, whether in St. Louis or in New York City, can foster a national network of grassroots campaigns—ones that, despite their different local needs, reach toward similar goals.