Learning the American Dream in Translation 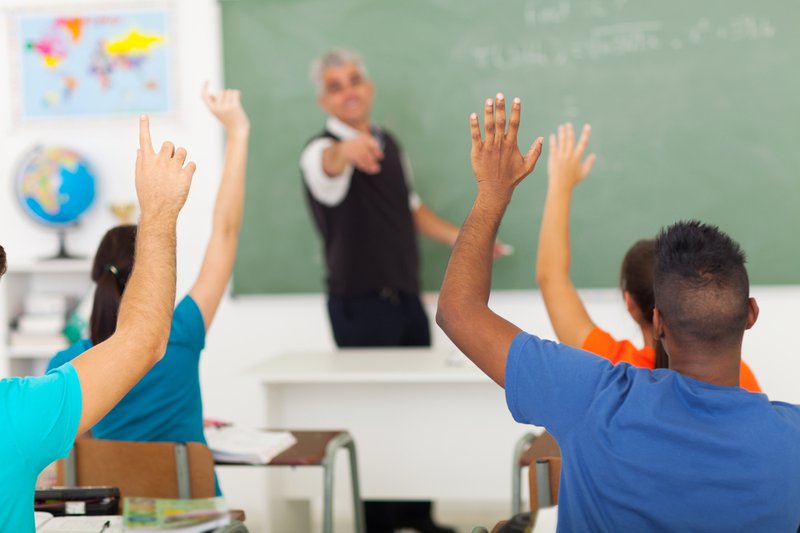 This is the next entry in our California Column, a summer series by the New America CA Fellows.

My biological father—whose parents had migrated north a generation earlier to find factory work near Green Bay, Wis.—wasn’t in the picture by the time I entered school. By then, my mom had remarried, and her new husband adopted me. Both are white, and because they believed I was too young to know the truth, I assumed I was, too.

Kids who rode my school bus must have known better. I was about 7 when an older boy turned around in his seat to tell me, as a matter of fact, that I was a spic. “Yeah, you’re a dirty wetback,” another boy added. “Why don’t you go back to where you came from?”

All this may sound traumatizing. But it’s not anger or fear I remember so much as sense of bewilderment: “My back isn’t wet. It’s not even raining and the bus window is closed.” And: “What do you mean go back to where I came from? I was born at St. Joe’s Hospital down the street.”

Later, my mom fessed up. My father was in fact, “a Mexican.” I felt like I’d discovered a dark secret about myself. For reasons I couldn’t understand, I felt shame.

I was never exactly marginalized. I grew up in a supportive, middle-class family, with all the social and economic advantages that come along with it.

Still, I never knew where I fit. I didn’t see myself as white, but not really as Mexican, either. That’s mostly because I speak terrible Spanish. Language may sound like a superficial piece of culture and identity, but it’s the thing on which both are built. It determines whether people have a real shot at the dream they were promised.

But in California, home to 1.3 million schoolchildren who are still learning English, language is the barrier that stands in the way of that dream.

A story on the parents’ frustrations ran in the Los Angeles Times, where it was seen by Silicon Valley millionaire Ron Unz. Unz later pointed to the story as the inspiration for Proposition 227, a measure he funded that fundamentally reshaped the way English learners are taught in California classrooms.

Prop. 227, which passed in 1998 with 61 percent of the vote, said all students would receive instruction “overwhelmingly in English.”

In practice, this means that English-learners in California—84 percent of whom speak Spanish—receive limited support in their native languages before they’re thrust sink-or-swim into mainstream classes.

The controversial move—which was widely perceived as a ban on bilingual education—shaped the system that remains in place today, even as lawmakers, experts and advocates work to change the law.

At the time, though, Unz congratulated himself in an interview with the New York Times. ''It's nice to be able to fix broken things, and there are a lot of broken things in California,'' he told the paper. ''I certainly fixed bilingual education. I fixed it but good.''

Unz may have sincerely believed he made life better for bilingual students. But Patricia Gándara, co-director of The Civil Rights Project at UCLA, remembers Prop. 227 as the moment things went from bad to worse for English-learners in California.

It’s difficult to show how the law directly impacted student performance, she said in an interview. While the state was turning away from bilingual instruction, it was implementing other reforms and instituting a more robust accountability system.

Test scores rose for all student groups rose in the five years after Prop. 227 took effect. But that hid the fact that the achievement gap between English-learners and native English-speakers went virtually unchanged during that time.

The law did have a more immediate and pernicious impact on bilingual programs, though: Fewer teachers sought bilingual teaching credentials.

“We lost the demand and the teaching pool dried up,” Gándara said.

Today, California has about a third as many bilingual teachers as it did in 1997, even though its schools now serve more English-learners.

The new law also gave rise to so-called ESL Ghettos—rooms where English-learners are isolated in classes where they learn basic English along with other students who speak basic English. The longer students remain isolated in separate classes, the further they fall behind peers who have access to a college-going curriculum.

Some kids go through the entire school system without ever testing out of these services. One study showed that one in four English-learners in Los Angeles Unified doesn’t shed the label after nine years in school.

It’s not surprising, then, that English-learners regularly make up an outsize portion of high school dropouts.

This November, voters in California voters will have a chance to reverse important pieces of Prop. 227. On the ballot will be the Multilingual Education Act, which would do away with waivers parents have to sign if they want to enroll their kids in a bilingual program and make it easier to open bilingual schools in California.

This, coupled with efforts to increase the bilingual teacher pool, could start to repair some of the consequences of Prop. 227.

But it doesn’t resolve a deeper animosity toward Latinos that put some of this in place. Like a cyclical, primordial force, that tension undergirds the polarizing rhetoric of presidential candidate Donald Trump, who’s promised the country a big, beautiful wall and a leader willing to send undocumented immigrants back to where they came from.

The great irony is that Americans continue to resist reforms to immigration and education policies in spite of our own best interests.

That’s true in Wisconsin, where the young, Latino families might be the new blood that saves small, greying towns, but still face hostility from longtime residents. Where undocumented workers make up an estimated 40 percent of the workforce of the state’s $43 billion dairy industry but still can’t legally drive to work.

And it’s true in California, where a growing number of employers are looking for professionals with bilingual skills, but state law still makes it difficult to open bilingual schools.

So often, these debates aren’t based in logic. They’re steeped in fear over what it will cost all of us to let a new group of people vie for a piece of the American dream. Or they’re based on a vague but deep-seated notion that those who look like outsiders should be treated as such—even if that outsider is just a child on the back of the school bus.

Instead, it’s time to think about what we’ll gain.