Investing in Hope: Innovative Finance for the World’s Refugees 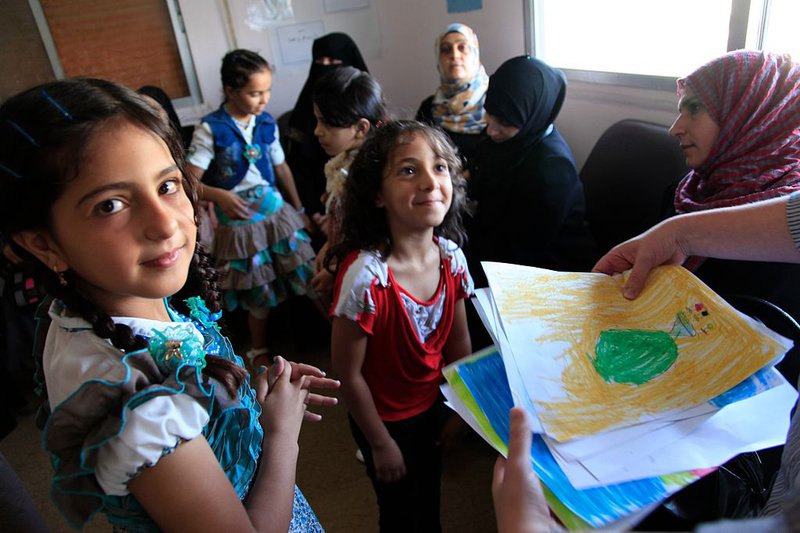 The nomination of António Guterres for UN Secretary General is not only a commitment to the world’s displaced – Guterres is the former UN High Commissioner for Refugees – but also a chance to reframe the refugee crisis in as a larger development challenge and opportunity.

Guterres well knows that this means finding more resources – political will and dollars – to meet the needs of the more than 65 million people around the world that have been forcibly displaced from their homes.  To date, countries have pledged just over $4 billion of the $20 billion sought in UN appeals this year alone—a low grade on what President Obama has called a test of our common humanity.  Yet Guterres surely also knows that to truly address the refugee crisis – just as in related challenges like health, financial inclusion, or climate change – we need not only more, but also smarter resources: better and more innovative ways of financing response, relief, rebuilding, and resilience.

For decades, government policy, legal and budgetary responses to refugee needs have presumed the problem is temporary.  Yet as conflicts in Syria and other destabilized regions worsen, driving millions of innocents across the globe, it is evident that protracted is the new normal.

But displacement lasts, on average, seventeen years.  This means a generation of young people lost to limbo, often without access to adequate food, shelter, healthcare, or the means to rebuild their lives: a basic education, or the ability, under local law, to move or work.  Families in these circumstances have no choice but to rely on long term aid.

What if, for starters, we understood that this problem was not going to resolve itself in a matter of months and removed the basic barriers to work allowing people fleeing their homes— a dislocated but often skilled labor force—to contribute, productively, to their new communities?  This is not a simple task; in places like Lebanon, already high unemployment means that absorbing millions of working age Syrians is economically, and politically, complex.

Yet we have seen how interventions that view refugees as potential assets, not liabilities, are not only cost-effective, but the seeds of prosperity and peace.  Consider the recent aid-for-trade deal between the European Union and Jordan, home to 650,000 Syrian refugees.  Jordan will issue work permits to Syrians—20,000 issued to date, another 78,000 forthcoming—in exchange for EU aid and relaxed import duties for Jordanian manufacturers who employ Syrians.

Not surprisingly, some of the bright spots on the ground come from local microfinance organizations with long-standing experience in employment and small business development.  For example, Kiva, an on-line platform for microlending, is working through local organizations to provide microloans and other supports to refugees in both Palestine and Lebanon, where it also matches aspiring Syrian refugee entrepreneurs with the established Lebanese businesses.  Al Majmoua, which, with 50,000 Lebanese clients, is the largest microfinance institution in Lebanon, now assists thousands of Syrian refugees, often women heads of household, offering training and credit.  Al Majmoua is also piloting group lending to associations of Syrian and Lebanese women to promote income generating activities and better social cohesion. Capital for this type of microfinance activity could come from established Kiva-like intermediaries, or from public-private enterprise funds, not unlike those created by the State Department and seeded by USAID.

Appetite is also growing from social impact investors.  The Alight Fund, for example, has been raising capital from private and public sources to invest in displaced and host community entrepreneurs as an antidote to conflict. George Soros's recent announcement that he would be investing $500 million along these lines is another critical step in this direction.

While these new sources of capital are vital, however, recasting the way in which we think about response and relief with a market stimulus lens fosters more innovative approaches within our current aid system.  Consider cash transfers—giving people money instead of goods—which have come to play a more prominent role in poverty alleviation generally across the globe.  In 2015, governments made more than $550 billion in cash transfers to 1 billion people in developing countries.  Cash transfers have been rigorously evaluated across Africa, Asia, and Latin America, and have been shown to reduce poverty and improve lives, serving as the de facto safety net in many poor countries.  Although in-kind aid is still the predominant form of assistance around the world, cash transfers and vouchers are being used more frequently in the humanitarian context.  The World Food Program (WFP), for example, now refers to itself as a food assistance rather than a food aid agency because of the significant increase in its use of cash to people to purchase food.  In 2015, 98 percent of its $1 billion food assistance to Syrian refugees in Egypt, Iraq, Turkey, Jordan, and Lebanon took the form of food vouchers.  When and where local markets are functioning, cash allows people to choose the goods and services they need, stimulating the local economy, and this stimulus—what economists call a positive multiplier effect—can speed the recovery of local communities.

(Technology can enhance the efficacy of cash payments further.  In parts of the world with high mobile phone penetration, digital wallets not only allow people to make or receive cash payments; they offer the ability to save, to pay in small "pay-as-you-go" increments for utilities like water or solar power, or to have access for the first time to health agriculture, property or life insurance. – a range of financial products, services and benefits, in some cases portable, that could be valuable for refugees)

Pay-for-success financing in the form of social impact bonds (SIBs) has also begun to take hold in the humanitarian setting. A relatively new instrument premised on the not-so-new notion that prevention pays—vaccines are cheaper than treating full blown disease, early childhood education costs less than job training (or mass incarceration), low carbon technologies a better buy than trying to mitigate the catastrophic effects of climate change—though we often lack political will or budgetary resources to make these kinds of up front investments.  To address the investment in prevention conundrum, SIBs bring together local government, nonprofit service providers and private investors to make possible preventive social interventions. Investors who loan working capital to the service providers are only repaid by government if the interventions work: if they reduce future expenditures for taxpayers in the form of social savings.

Although the first SIBs focused on problems like recidivism, homelessness, workforce development in places like the UK and the US, they may lend themselves to the refugee context. Last year, KoisInvest, the impact investing firm that structured Belgium's SIB to employ first generation immigrants, worked with the International Committee of the Red Cross (ICRC) to design the first humanitarian impact bond to fund physical rehabilitation programs. Social Finance, the organization that helped to introduce pay-for-success in the US, is structure a pay for success deal in Massachusetts focused on employment and postsecondary opportunities for refugees.

Admittedly, each of these transactions is relatively small, and the pay-for-success field is still nascent.  The hope, however, is that these, alongside other recent and larger scale innovative finance breakthroughs, like the International Financing Facility for Immunisation, which has raised billions of dollars for global vaccinations by frontloading aid, issuing bonds against future government aid pledges, or pooled insurance schemes like the African Risk Capacity, which allows countries to affordably insure themselves against natural disasters, might lend themselves to more efficient and effective response and resilience building in manmade emergencies.

To be clear, this is not about profiteering, but rather about bending the arc of markets into the service of humanity when and where our politics have failed. It’s about an investment in hope prospectus for world leaders—and the incoming UN Chief—to consider.