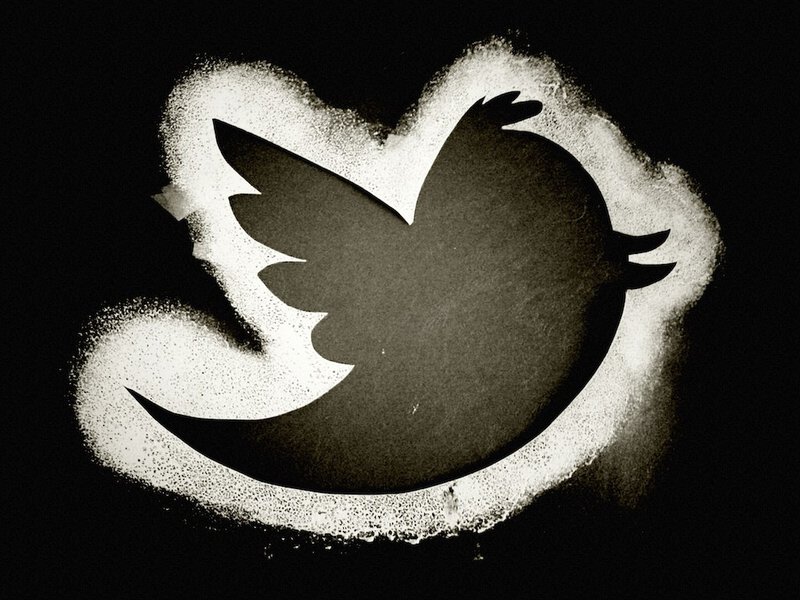 In the beginning, there was Black Twitter. Since the Pew Research Center started tracking data on the micro-blogging social network in 2010, black Americans have demonstrated relatively high Twitter use, culminating in 2014, when 22 percent of online black users could be found tweeting versus 16 percent of white users.

On Twitter, the name of the game is visibility. Before Facebook and Instagram entered the arena of hashtags, Twitter had already built its brand via crowdfunded discourse and open profiles. “In terms of earlier social media communication, Twitter has an immediacy and an openness,” explains Sherri Williams, a postdoctoral fellow at Wake Forest University who has studied the impact of Black Twitter. “We didn’t see that with other social networks that basically enabled us to see the postings and the updates of our friends.”

So what happens when blackness, often a driver of popular American culture, becomes integral to the personality of Twitter? With March marking 11 years since Twitter launched, it’s perhaps prudent to take a look at how the social network has become the lifeblood of a new social movement—and how this has also opened it up to exploitation.

“#OscarsSoWhite they asked to touch my hair.” Irreverent. Humorous. Biting. The beginning of a movement that would end with the Academy of Motion Picture Arts and Sciences’ 51-member board of governors unanimously approving a series of sweeping and historic changes designed to diversify its membership. When April Reign, the managing editor of Broadway Black, launched #OscarsSoWhite to help amplify the conversation around the Academy Awards’ historic lack of diversity among its 2015 nominees, she knew that the conversation would move beyond her. #OscarsSoWhite and the media firestorm it created—raging for weeks in publications from the Los Angeles Times to New York Magazine—drew attention to a specific issue. And it was successful by many metrics. For instance, last year Academy President Cheryl Boone-Isaacs invited the Academy’s largest and most diverse class ever, with 683 invitations extended. A month hasn’t gone by without conversations surrounding diversity and representation in Hollywood, from the controversy around the casting of Scarlett Johansson in Ghost in the Shell to discussions inspired by Salma Hayek’s tone-deaf response to the idea that black women face a specific kind of invisibility in media.

But Reign also ran into a fundamental issue of traditional media reporting on social media: the attribution of a specific hashtag not to the creator or to the (black) users who engaged with it, but to a vague and nebulous “Twitter” as a whole. “There were a lot of instances where I was not given credit for starting the hashtag,” she recalled in an interview with the Daily Beast. “And I think that happens all too often. Is mainstream media following us? Absolutely. Are we getting credit for what we’ve created? Absolutely not.”

Hashtags created by black users and popularized by Black Twitter frequently dominate the news cycle—from #OscarsSoWhite to #BlackLivesMatter to #FamousMelaniaTrumpQuotes, which emerged after a Twitter user noticed that Melania Trump’s speech at the 2016 Republican National Convention bore an unmissable resemblance to Michelle Obama’s 2008 DNC speech. The same formula usually follows: The hashtag will trend, media organizations will compile a list of tweets (typically without consulting the user), and publish a piece that will garner a huge number of clicks and advertising revenue.

The problem is not with the formula, per se; it is with the fact that those same, mostly white media organizations profiting from the visibility and ingenuity of Black Twitter only perpetuate sidelining black thinkers and writers from what’s often considered mainstream media. In 2013, an American Society of News Editor’s study revealed that the percentage of journalists of color fell to 12.37 percent from a 13.73 percent “high” in 2006. The use of Black Twitter as a driver of traffic without institutionalizing black presence in newsrooms is not only a problem of an overwhelmingly homogeneous media landscape, but also a problem of ethics.

Traditionally, when journalists start reporting a story, they identify a person who is either affected by or strongly interested in an issue and then interview them. Alternatively, journalists will find someone who is considered an expert on the subject. “But what is happening now is you see reporters just poaching tweets from people’s timelines,” Williams explains. “These are people who didn’t necessarily think that their tweet was going to end up on the evening news or as a part of an online news story by a major publication, and that tweet may be out of context and it may not necessarily represent the fullness of what someone wanted to say. That’s an ethical concern for me.”

Media organizations are not the only ones who profit from how Twitter has amplified black culture and exposed it to the mainstream. When the International House of Pancakes tweets out “Pancakes on fleek,” it can be said with a degree of certainty that there were no black millennials on that marketing team. The same can be said when Hamburger Helper tweeted “The mixtape is almost ready” alongside a dupe of Drake’s iconic Nothing Was The Same album cover with the Hamburger Helper logo instead of Drake’s profile. Or when Nintendo plays off the “Roll Safe” meme, in which a photo of actor Kayode Ewumi pointing to his temple with a knowing half-grin is accompanied by logical, but absurd advice. “These different companies can be lurkers and voyeurs and look at the way black people communicate on Twitter and use their language,” says Williams. “But how many of those people are they going to hire to work in their companies?”

In 2013, Ta-Nehisi Coates wrote that if he were forced  to use one word to describe the relationship between the United States and its black citizens, it would be theft. “Theft of labor and theft of family in slavery. Theft through mortgages for some and contract loans for others. Theft of tax dollars which support ‘public’ libraries that do not want you, ‘public’ pools that will not have you, ‘public’ schools that will not teach you, and ‘public’ universities that will riot at the sight of you.”

Black labor and black bodies have always been marked as available for consumption and disdain. Amazingly, black American culture has thrived despite centuries of oppression and second-class citizenship, only to be repackaged, rebranded, and served to a mass audience because it was so rich and complicated and interesting. We’ve seen this down through the decades, the only difference being that today’s cultural theft has been displaced to the Web. In a world where the average white person’s network is only 1 percent black, but where social media also allows unprecedented consumption sans actual engagement,  it only makes sense that so much of white people’s interactions with unfiltered black thought and conversation are so problematic.

Because in fact there is nothing new happening between black people on Twitter. These conversations have been happening for years in barbershops, in living rooms, and in bars. What has changed is the access corporations now have to blackness. Again, the problem is not in the appreciation for the vibrancy of our culture—it’s the fact that from Big Mama Thornton to “boxer braids” to modern street style, credit is almost never given where it’s due.