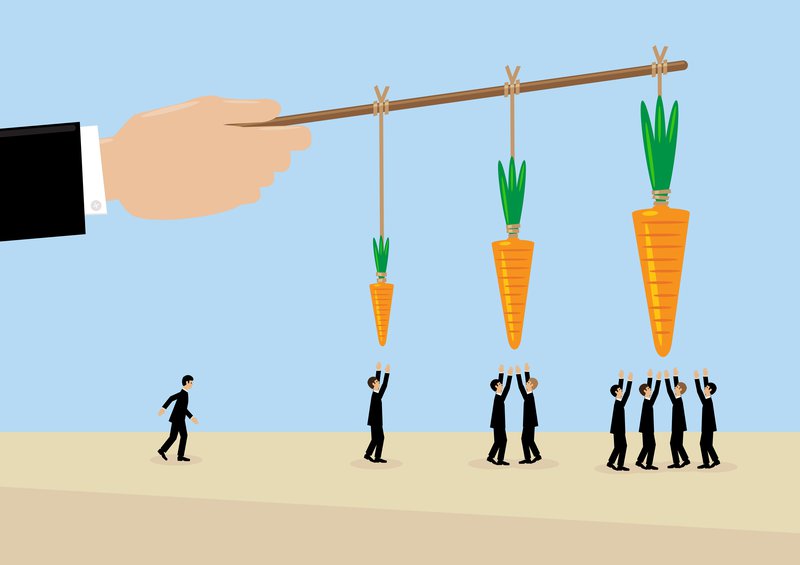 In one of the ten most-watched TED Talks, author Dan Pink posits a powerful provocation: traditional rewards aren’t as effective as we think. Instead, Pink says, social science tells us that people are primarily intrinsically motivated; we do things “because they matter, because we like it, they're interesting, or part of something important.” This idea not only challenges the way we think about things like getting kids to make their bed or how we get employees to spend more time on their work and less time on Facebook; it can also shape how we design effective policy.

In few places have conditions and incentives been deployed as heavy-handedly as in public assistance policy. In 1996, the Personal Responsibility and Work Opportunity Reconciliation Act (PRWORA), commonly known as “welfare reform,” altered a cash welfare system that was thought to breed dependency on government assistance. PRWORA did this by imposing extreme conditions to benefits, with harsh penalties if families didn’t abide by new work requirements. To twist the metaphorical knife, families could only receive 60 months of benefits in a lifetime, with some states choosing to make this five-year benefit cap even more severe. The new cash welfare program enacted under PRWORA, Temporary Assistance for Needy Families (TANF), requires that recipients participate in “work activities,” like job search training or volunteering, generally for at least 30 hours per week. If recipients don’t comply, they can be sanctioned from receiving benefits, sometimes permanently. States can also sanction participants for further infractions; 33 states sanction parents based on their children’s attendance or grades.

What’s more, families often seek assistance in the first place because of hardships such as limited education and work experience, learning disabilities, physical and mental health problems, and domestic violence. But it’s up to the caseworker whether a hardship counts as “good cause” to miss an appointment, or if an individual—or sometimes their entire family (children included)—will lose their benefits. Sanctions are often dealt out by caseworkers arbitrarily, and research shows that sanctions are disproportionately applied to people of color. Compared to non-sanctioned TANF families, those who are sanctioned are less likely to find employment, and more likely to return to TANF. Perhaps it’s no surprise, then, that states with programs that are comparatively lenient have a better success rate of families leaving poverty than those states with stricter sanctions.

This sharp-stick approach is the exact opposite of how many other countries offer public assistance, where programs not only tie benefits to action, but also through incentives (carrots, if you will). Conditional Cash Transfers (CCTs), first modeled in middle-income countries in Latin America, incentivize families to participate in “human capital building” activities, such as taking their children to the doctor or sending them to school. Families receive cash transfers based on task completion. In these countries, where rural poverty is high and measures like sending a child to school can be prohibitively expensive, CCTs have seen much success. After Mexico’s popular program, other countries started their own pilots. Today, over 30 countries have some form of a CCT program. However, an important debate surrounding CCTs concerns whether the success of these programs actually arises from the CCT incentive structure. Do these payments incentivize or simply facilitate behavior?

One program experiment in Malawi set out to specifically test conditionality as it relates to CCTs. The program transferred cash to three groups of schoolgirls, with each group tested in a randomized control study. One group of girls received cash transfers for school attendance, one group received cash with no strings attached, and one control group received no benefits. What the researchers found was that both groups that received cash transfers were more likely to go to school, and their poverty was lessened, as compared to the control group. But the conditionality? It had no significant effect.

Similarly, a 2011 study evaluated the effects of a GiveDirectly program that transferred unconditional cash benefits to impoverished households in Kenya. The transfers allowed families to build assets, increase their investments, reduce their hunger, and increase their consumption, particularly on food, medical, and family expenses.

What this research suggests is that families in poverty don’t need policy to tell them what to do or not do; they need policy to assist them in what they already want to do, and in what they would have already done if various mechanisms weren’t actively working against them. What do people on public assistance want? Good jobs. While 73 percent of those enrolled in the major U.S. public assistance programs are working, much of this work is from low-paying jobs with few benefits. Surveys consistently tell us that people on welfare would prefer a good job to a welfare check.

Current U.S. public assistance programs prioritize pushing people into work as quickly as possible, lest they be sanctioned for failing to meet their conditions. But they often disregard the fact that people in poverty face barriers to work that arise from the difficulties of being cash-poor (transportation, childcare, and education—all almost certainly necessary for a job today). Cash benefits without conditions or incentives could help families overcome these challenges. And, if combined with robust jobs programs, they could help those who want good jobs attain them.

But we also have to consider why incentives and sanctions in public assistance programs exist in the first place. Receiving welfare benefits comes with welfare stigma, and the idea that people in poverty don’t want to work (nevermind that the vast majority are working) is still pervasive. Our policies contain carrots and sticks simply because we think they’re necessary. We’re basing policy on stereotypes instead of reality.

Changing programs to better assist people who are poor doesn’t just mean combatting assumptions about motivation. It will also mean challenging assumptions about who is poor and why. Those of us writing and reading policy would say that we work because we want to. Perhaps we should afford the poor that same luxury.