How Sexual Assault Eats Away at College Women's Confidence 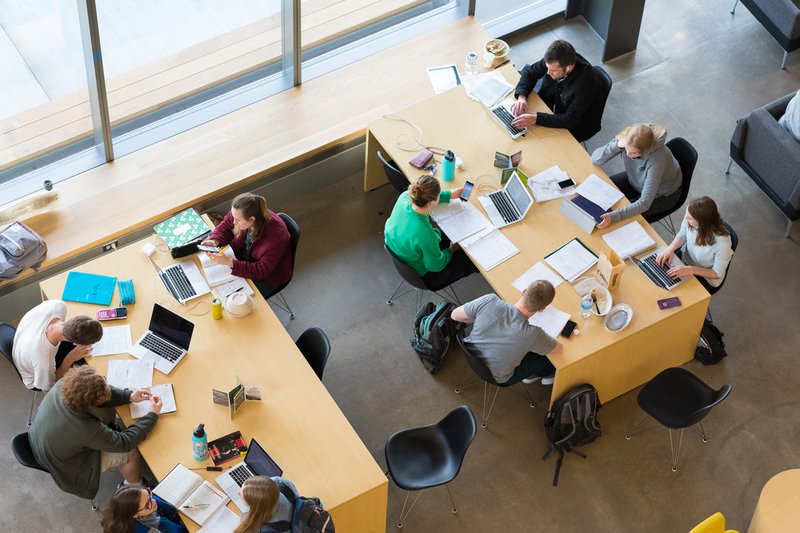 As September goes into full swing, tens of thousands of young women are heading off to college for the first time. And if you know a young woman just starting college, you also know that she’s beyond excited. But what probably isn’t on her mind, as she posts photos on Facebook, smiling in her toga with her new suite mates, is that she’s entering the highest risk time of her college career in terms of sexual assault—a period before Thanksgiving known for freshman girls as “The Red Zone.”

As these women prepare for one of the many parties they’ll undoubtedly attend over the next four years, they likely aren’t thinking about how the risk of sexual assault is highest on football game days, especially when the home team wins. Nor, I suspect, are they thinking about the abysmal track records of many universities when it comes to handling sexual assault (these numbers are even worse for sexual assault prevention). In light of the possibility that Secretary of Education Betsy DeVos might curtail Title IX guidelines on campus sexual assault, it’s unlikely that this situation will improve any time soon.

I wish women didn’t have to think about those things. To be honest, I hadn’t even initially thought about discussing sexual violence at a women’s empowerment workshop, which I organized this summer for 15 female college and graduate student interns at Ashoka, where I direct our gender equality work. The goal of the workshop was to help these young women to tap into their strengths rather than be beleaguered by their weaknesses; to work toward becoming leaders with the capacity and fortitude to change the world around them. I wanted it to be positive, because far too often when a conversation is centered around women, it turns to issues of sexual violence and victimhood.

But I quickly learned that there was a glaring omission not only from the workshop’s agenda, but on a national level, too, around how even the possibility of sexual assault can affect young women at this point in their lives. I realized that we can’t truly claim to empower young women without confronting an epidemic of sexual assault.

At first, nothing about the workshop had been dark. Until I asked: What are some of the ways society knocks down girls’ confidence? I expected responses such as “there aren’t enough female role models” or “girls are portrayed in demeaning ways in the media.” But the very first response, by a young woman named Lizette,* was about sexual assault.

Lizette mentioned how she’d recently heard about a case in which a woman had been assaulted and no one had been convicted, despite troves of evidence. That then opened the door to what became a sobering discussion: One by one, the girls talked about incidents of sexual assault that had happened on their college campuses. These weren’t solely tell-all stories about their own experiences, but, rather, they were often about the experiences of their friends and fellow students—and about the campus climate it created for women like them.

The young women talked about how poorly their schools had handled those cases. They spoke to how knowing that their schools didn’t seem to be taking sexual assault seriously made them feel unsafe. The impression they got from their schools was, essentially, a see-no-evil message that many schools don’t do enough to value women’s physical integrity: We’ll gladly take your tuition money, but we don’t really care about what happens to you while you’re here, is what far too many of them are hearing.

One girl in the group was scared even to start her freshman year, knowing that 1 out of every 4 college girls is sexually assaulted. “I didn’t even want to go to college,” she said, only half-jokingly.

Another girl, who attended a prestigious school on the east coast, was angry that all of her school’s preventative mechanisms for sexual assault mainly targeted girls. Don’t do this, don’t wear this, don’t leave your friends alone, don’t drink things you’ve left unattended. “Being the victim all the time is tiring,” she said. And not only is it tiring, it also sends a message that, at some point, women will be victims. It’s the utter reverse of empowering.

So what’s it look like for women, often stripped of power on campus, to take it back?

Some colleges seem to be trying to take steps in the right direction, hiring dynamic speakers to organize discussions, often handing out rape whistles at the end of them. But these one-off initiatives aren’t stopping assault, and they’re hardly encouraging an active effort to achieve, and in turn respect, gender equality. In fact, you could even say that this sort of thinking, in a way, reinforces the role of women as victims, since it typically focuses on self-defense as opposed to tackling more fundamental causes of assault. Another focus of many schools—ensuring consent—is also insufficient, because it ignores the power structures that foster sexual assault in the first place.

To start addressing the problem of sexual assault on campus, we need to think much more comprehensively—and this includes making men and boys key parts of the conversation. Gary Barker, the president and CEO of Promundo, an organization that conducts gender equality training with men and boys across the globe, agrees that we need to radically broaden the scope of who’s involved in conversations about assault on campus.

“There’s no requirement across college campuses that administrators must implement evidence-based sexual assault prevention programs for male students. That’s staggering,” says Barker. He argues that, as an initial matter, we ought to raise our expectations of male college students—and of men and boys more broadly. “Even if boys are told ‘don’t rape’ and they don’t, aren’t we setting the bar extremely low? Is all we expect of boys in college in terms of embracing equality is not raping their peers?”

Organizations like Promundo—that help men to embrace gender equality on all levels so they actually support their female peers—are important. They encourage male students to feel comfortable talking about their emotions, as opposed to taking them out on others in perhaps violent outbursts, and they push them to speak out when they see other male students acting disrespectfully, holding them accountable for their actions. What’s more, they encourage young men to adopt healthy, caring versions of masculinity, ones that liberate them from stereotypical perceptions of what it means to “be a man.”

And, of course, complementing programs for men and boys should be ones that lift up women and girls, too. Specifically, these programs ought to help women leverage their strengths and work with them to point out how to lead in male-dominated environments. They also should function as a sort of safety net, such as by encouraging women to support peers who’ve been assaulted or are facing discrimination—ultimately showing universities that women aren’t content with being treated as the “lesser sex.”

In short, colleges need to provide the kinds of resources and support networks that will, at the end of the day, encourage women to go forward into their futures with excitement, as opposed to being hamstrung by a toxic trend that’s completely preventable.

Maybe then we’ll hear less “I’m scared to go to college” and more “I can’t wait to go.”

*Name has been changed to protect confidentiality.