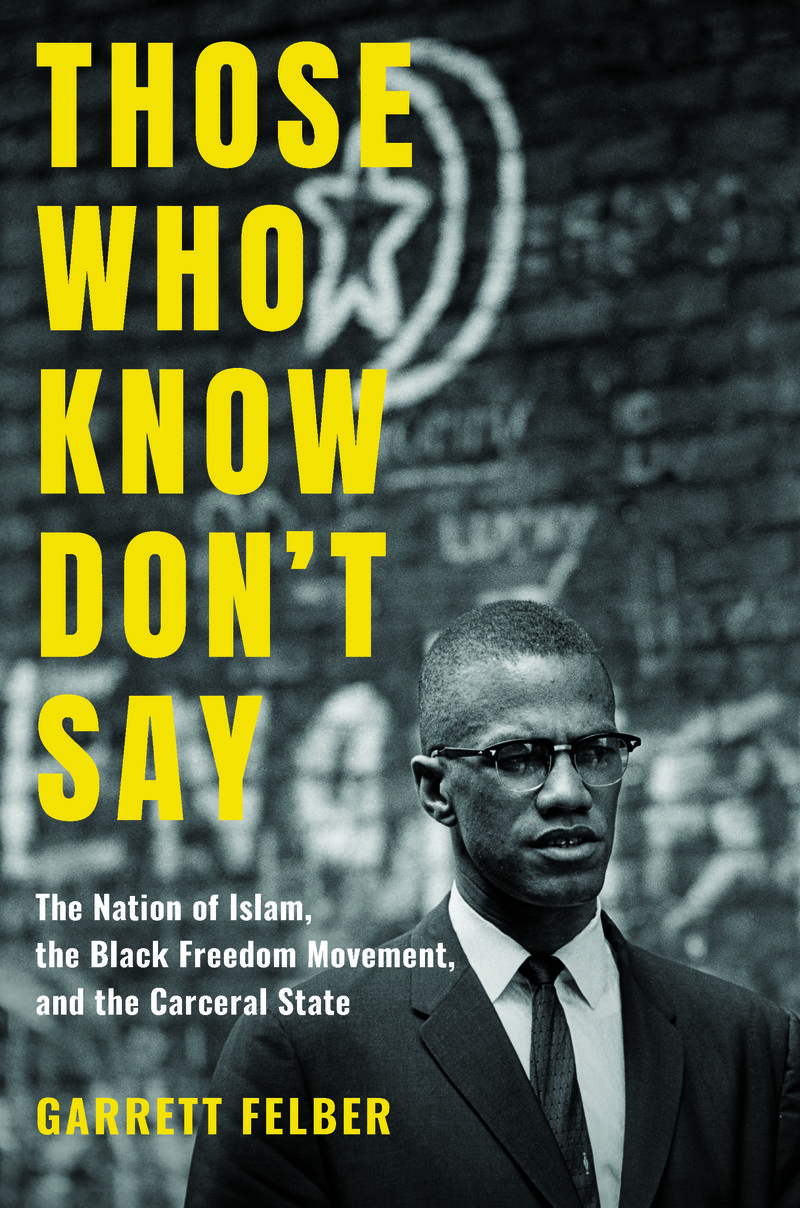 Adapted from Those Who Know Don’t Say: The Nation of Islam, the Black Freedom Movement, and the Carceral State by Garrett Felber. Copyright © 2019 by Garrett Felber. Used by permission of the University of North Carolina Press. www.uncpress.org

On the evening of April 27, 1962, patrolmen Frank Tomlinson and Stanley Kensic stopped Monroe X Jones and Fred X Jingles as they unloaded clothing out of the back of a Buick by the Nation of Islam’s mosque in South Los Angeles. The ensuing altercation with police, dubbed a “blazing gunfight” and a “riot” by the Los Angeles Times, ended with seven unarmed Muslims in- jured and one dead. William X Rogers was left paralyzed, and mosque secretary Ronald X Stokes was killed, shot through the heart as he walked toward officer Donald Weese with his palms raised toward the sky. Weese later told an all-white coroner’s jury that Stokes “came towards me, chanting. He put his hands out … I thought he was going to choke me.” As the other men lay on the ground, handcuffed and bleeding, they held hands and chanted Allāhu akbar, “God is most great.” In August that same year, twelve Muslim men at Folsom Prison were holding a meeting in the prison yard when a sergeant began snapping photographs of the gathering. As the officer approached, one of the men proclaimed, “They want to take our picture, so let’s give them a good one.” Another suggested that they “face the east and pray to Allah.” The group lined up with their hands raised waist high, palms facing up, and prayed.

In both instances, Muslims in the Nation of Islam (NOI), confronted with police violence and state surveillance, responded with nonviolent protest in the form of prayer. Where do such stories fit within our narrative of the civil rights era? These episodes demonstrate that challenges to policing and prisons were central to the postwar Black Freedom movement, and the Nation of Islam was at the forefront of that struggle. They show Black Nationalism as an ideological current of Black politics, which continued to gain strength in the years between the dissolution of the United Negro Improvement Association in the interwar period and the rise of Black Power in the late 1960s, a period portrayed as Black Nationalist decline.

No group signified and catalyzed this growth more than the NOI. Popular understandings of the NOI have long characterized the group as insular, violent, apolitical, and religiously heretical. It is for these reasons, we are told, that Malcolm X left the NOI to join the civil rights struggle and practice orthodox Islam.

But far from being apolitical, Muslims were ambitious in the pursuit of political goals. They sought to build all-Black coalitions against police brutality and fought for the constitutional rights of prisoners. The circumstances surrounding Ronald Stokes’s murder in Los Angeles and performative prayer under surveillance at Folsom were not anomalies, but culminations of broader, more sustained campaigns against policing and prisons. To combat the formidable challenge posed by this disciplined Black Nationalist organizing, the carceral state responded with new modes of surveillance, punishment, and ideological knowledge production. This relationship between disciplined, collective Black protest and escalating punitive state discipline laid the groundwork for the modern carceral state and the contemporary abolition movements that oppose it.

These dialectics played out in prisons, courtrooms, and the streets. Prison officials tried to stamp out Muslim practice and activism through transfers, solitary confinement, and loss of good time credit, and prisoners countered with hunger strikes, sit-ins, and litigation. In cities across the country, police scrutinized and monitored the growth of Muslim mosques; hassled men selling the Nation of Islam’s newspaper, Muhammad Speaks; and prepared officers for the inevitability of violent encounters. In addition to responding to provocations with prayer, the NOI marched on police precinct headquarters and filed lawsuits alleging police brutality, which sometimes led to successful settlements. More often as defendants rather than plaintiffs, the group used courtrooms to stage political theater and put the state on trial while building broad-based coalitions in communities of color.

The NOI is sometimes skeptically described as having been conscripted into political engagement. This view seems to suggest that it did not have a political program but was reluctantly drawn into these struggles through direct experiences with police brutality and incarceration. Of course, this statement could be applied to most activism. Sites of oppression are terrains of struggle. Critics of Black Nationalism more broadly point out how empire, masculinity, homophobia, and policing is reinscribed. These critiques sometimes bleed into white liberal understandings of Black Nationalism as nothing but the Janus-faced twin of white nationalism.

Nonetheless, Black Nationalism contains trappings and contradictions. As Keisha Blain defines it, Black Nationalism is the “political view that people of African descent constitute a separate group or nationality on the basis of their distinct culture, shared history, and experiences.” It is an ideology that has often left patriarchy and capitalism uninterrogated, yet is a powerful vehicle for Black solidarity, autonomy, and peoplehood in the Diaspora. Struggling with this contradiction requires dialectical thinking. Black self-determination and self-discipline profoundly challenged state officials invested in maintaining white supremacist rule. The Nation of Islam not only challenged the carceral state but also challenged the nation-state.

Just as state violence is marked by its monopoly on legitimate forms of violence, white supremacy is predicated on delegitimizing expressions of Black nationhood. To combat a disciplined organization grounded in autonomous Black sovereignty, the state criminalized, marginalized, and undercut the NOI’s claims to statehood and religious legitimacy. This included charges of sedition, suspicions of communism, and accusations of violence. Beginning with the 1959 documentary The Hate That Hate Produced, these sprawling attempts to delegitimize the NOI coalesced around the framework of “reverse racism” or “Black hate.”

Malcolm X explained how dominant media representations masked racism and state violence against the Nation of Islam by suggesting that Black nationalists were the true perpetrators of hatred and violence. “Every effort we make to unite among ourselves on the basis of what we are, they label it as what? Racism.” Historical accounts of white supremacy were countered with accusations of fomenting hate.

And then there was the trap of violence. Police profiled Muslims, invaded mosques and homes, and even shot and killed Muslims in the streets, only to try the victims in court on charges of assault and murder. Here, Malcolm explained, “they have another trap wherein they make it look criminal if any of us, who has a rope around his neck … do anything to stop the man from putting that rope around your neck, that’s violence.” Just as the southern wing of the civil rights movement used nonviolent direct action to dramatize the everyday violence of Jim Crow through the spectacle of white racists attacking, hosing, and setting dogs on Black women, men, and children, the Nation of Islam exposed white liberals by building a Black nation in their midst. As Malcolm X remarked after The Hate That Hate Produced aired, “When the white man tries to expose ‘us’ they cannot help but expose themselves.”