How China Is on the Verge of Totalitarianism 2.0 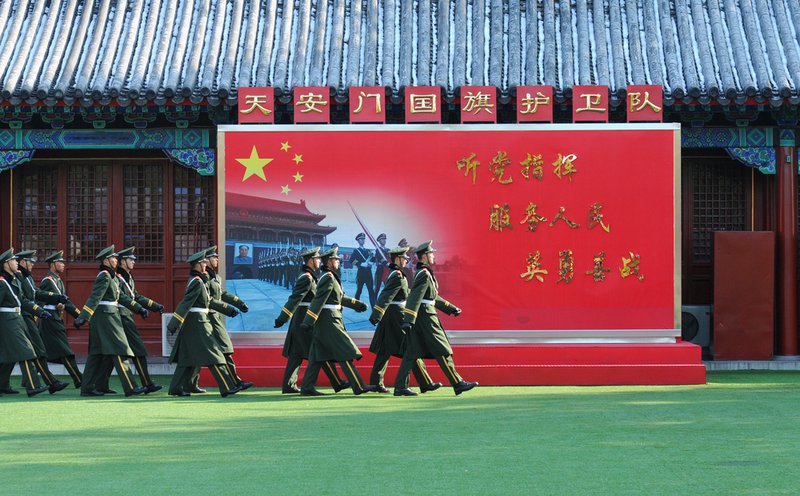 “The capacity to maliciously modify or steal information.”

“The capacity to conduct undetected espionage.”

That was FBI Director Chris Wray earlier this year, when he, along with other members of the U.S. intelligence community, testified that further penetration of the U.S. market by Chinese tech giants Huawei, ZTE, and Hikvision may pose a national security threat. Their fear, more broadly, wasn’t merely that these entities may be beholden to foreign governments, but also that they may even attempt to siphon away key information for nefarious ends.

Yet the scope of this challenge stretches beyond China’s potential to abuse technological “backdoors.” More than that, the Chinese Communist Party (CCP) is exploiting and exporting technological innovations to establish a panoptic form of governance—one through which it becomes possible for the state to constantly monitor individuals under the guise of “social management.” As as result, it’s important to investigate what this technological turn may mean for people both within China’s borders and beyond them.

It’s impossible to understand the CCP’s current approach to maintaining political power without also understanding its version of social management. As the political scientist Samantha Hoffman defines it, China “optimises interactions vertically (within the Party), horizontally (between agencies), and holistically, between the Party and society” in order “to improve governance capacity to shape, manage, and respond to social demands.” Crucially, the demands of society, as determined by the state, trump those of any person or group.

How does this actually play out? China shores up control largely through its social credit system, which relies on collecting and analyzing meta-data to shape and “score” individual citizens’ economic and social behavior. The effect fuels both passive participation (state access to personal data linked to everyday conveniences) and active participation (coercing people into allowing the state to monitor and punish individuals for non-compliance).

Human Rights Watch calls this system “predictive policing,” whereby monitoring an individual’s social interactions, use of social media, and physical movement enables the state to make real-time assessments of their perceived “threat” to it at any time. This may seem like a dystopian vision of digitally-powered totalitarianism in a science-fiction movie (think of 2002’s Minority Report). But it’s increasingly becoming a lived reality—and nowhere is this reality more apparent than in China’s far-western province of Xinjiang.

Xinjiang’s geopolitical position on the eastern edge of the Islamic and Turkic-speaking worlds, as well as the ethno-cultural distinctiveness of groups there like the Uighur, has long been treated by the Chinese authorities as a threat. In turn, since 1949, the CCP has pursued a muscular strategy of tight political, social, and cultural control over the region, as a means of integrating Xinjiang and its people. Understandably, this has periodically triggered violent opposition from the Uighur population, which chafes at demographic dilution, political marginalization, and continued state interference in its religious practices.

But while Beijing’s approach to combating Uighur opposition in Xinjiang has always rested on the repressive capabilities of its security forces, its obsession with “stability” has, in recent years, seen the regional government’s spending on public security balloon. This money has largely gone toward making a pervasive, hi-tech “security state.” China has achieved this via actions like installing a “Skynet” electronic surveillance system in major urban areas, putting GPS trackers in motor vehicles, and using facial recognition scanners at checkpoints and apps that wipe smartphones of so-called “subversive” material.

Though these actions are in line with the CCP’s move toward tech-driven social management, it’s obvious that, in Xinjiang, this system is defined almost solely by racist conceptions of threat—ones according to which the Uighur population is a “virtual biological threat to the body of society.” From government officials describing Uighur “extremism and terrorism” as a “tumour” to equating religious observance with drug addiction, the CCP’s discourse frames key elements of Uighur identity as pathologies to be “cured.” Reporting by international media and human rights groups shows that the CCP’s idea of “curing” supposed pathologies is a program of mass internment: Up to 1 million Uyghurs have been locked away in prison-like “re-education” centers using a system of predictive policing.

This mass repression of an ethnic minority is, on its own, cause for concern, and certainly outrage. But the problem is even bigger: The Uighurs are, arguably, the canary in the coal mine—the “tools of control that are now being employed by the CCP” in Xinjiang, the historian James Millward has pointed out, may be “easily applied to other individuals as well.”

The implications of China’s apparent technological takeover are evident in at least two meaningful ways. For one, China is seeking to target ethnic minority diasporas, such as Uighurs and Tibetans, with its system of social management. Beijing, more specifically, is “creating a global registry of Uighurs who live outside of China, threatening to detain their relatives if they do not provide personal and identifying information to Chinese police.”

Potentially more far-reaching, though, is the fact that President Xi Jinping’s multi-billion dollar Belt and Road Initiative isn’t intended to invest only in physical infrastructures—but also in the infrastructure and technology necessary to create a “digital Silk Road.” Much of this investment is coming from China’s major tech companies, including Alibaba, Huawei, and ZTE. In addition, the manner in which China’s tech companies seem to be investing so heavily in emerging surveillance technology suggests that its gaze is broad: It wants to address Beijing’s social management at home—but also secure customers abroad.

For instance, in 2016, the China National Electronics Import and Export Corporation helped the Ecuadorian government establish an “integrated security service system,” which was made up of a “nationwide network of 4,300 surveillance cameras, 16 regional response centers, and over 3,000 government employees diligently watching video footage.” More recently, CloudWalk, a Guangzhou-based tech company, finished a deal with Zimbabwe’s government to provide a “mass facial recognition program” with the alleged purpose of helping the company “train racial biases out of its facial recognition systems” via access to people with ethnic and racial backgrounds more varied than those of people in China. While such companies are undoubtedly more focused on profit, in the words of China expert Adam Segal, it’s also likely that the “presence of Chinese engineers, managers, and diplomats will reinforce a tendency among developing countries, especially those with authoritarian governments,” to adopt China’s approach of ensuring that technology serves the interests of a homogeneous state. Indeed, Beijing appears willing to nurture such tendencies, with President Xi himself suggesting last month that China export its model of social stability to the Arab world.

So, what can be done to counter this pernicious development?

In the past, many people viewed the digital revolution as a way to spur a new wave of democratization. But as the scholars Daniel Benaim and Hollie Russon Gilman recently noted, the CCP’s use of technological innovation demonstrates that it can just as easily be harnessed to enable “state domination and repression at a staggering scale and algorithmic effectiveness.”

In that light, one place the international community’s response could start is with Xinjiang, since it’s there that we most clearly see the lived effects of China’s digitally-enabled totalitarianism: the creation of “a police state to rival North Korea, with a formalized racism on the order of South African apartheid.” The chairs of the U.S.-China Economic and Security Review Commission—Sens. Marco Rubio and Chris Smith—have suggested practical steps toward holding China to account, for instance by calling on the Trump administration to apply Global Magnitsky Act sanctions against China. These sanctions would directly target “Chinese government officials and entities complicit in or directing” the persecution of the Uighur people in Xinjiang through measures like freezing any U.S. assets and denying visas for travel to the United States.

This isn’t to suggest that sanctions, more broadly, should be used haphazardly, given that it’s often all too easy for sanctions to harm uninvolved citizens. But the advantage of Global Magnitsky Act sanctions, as Human Rights Watch notes, is that they allow the U.S. executive branch to target “any individual involved in a human rights violation, from senior officials to low-level officers and even nongovernment associates.” In fact, U.S. Ambassador for Religious Freedom, Sam Brownback, has indicated that the first target of such sanctions, if implemented, would be Xinjiang CCP Chairman Chen Quanguo, who has overseen the development of the “re-education” centers. Additional targets could also include companies like Hikvision that have profited handsomely through supplying much of the tech hardware that underpins Xinjiang’s draconian security state.

Effectively implementing these kinds of measures will, of course, be difficult, given China’s increasing strategic and economic clout around the globe. Even so, the cost of inaction wouldn’t only be dire for Uighurs—it’d also, potentially, encourage Beijing to intensify its efforts, and export its digitally-enabled totalitarianism around the world.