Hey, Congress, No Time to Leave the Dance Floor 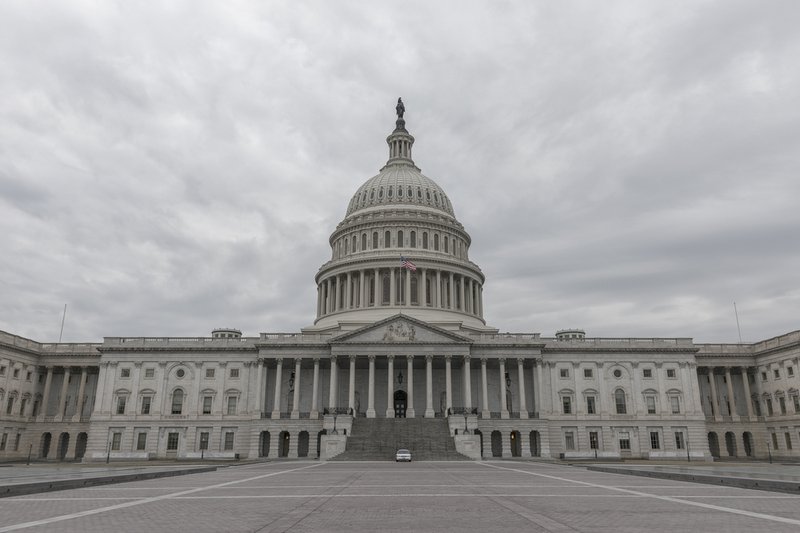 The rollout of an election year budget may appear to be a particularly predictable Kabuki dance, with actors just going through the motions of an uninspired choreography. “Here’s my vision for our future,” says the President. “Dead on Arrival,” says the opposition party in Congress. “We’ll wait for the next administration, thank you very much.”

This year, the Republican heads of the budget committees have broken with even this banal tradition, and have instead decided not to invite the President’s budget director to testify on the administration’s proposals. That’s hardly a harbinger for productive legislating. Yet it is still early in the political cycle to see how the presidential campaign will influence congressional action. At present, yes, the ritual election year dance has stalled, but the looming prospect of voters weighing in may eventually increase the tempo. Sometimes both sides realize they have an incentive to take an issue “off the table” to protect their nominee and party from attacks that their team has nothing to offer.

The odds of action can go up when the policy response in question not only offers up a solution to real world problems but also has results from testing in the field, a bipartisan pedigree, and little impact on the federal purse. Anyone focused on topic of family finances for the last 7 years will recognize that these features are largely present in the administration’s AutoIRA proposal. If passed by Congress, this policy would facilitate enrolling workers in retirement-focused accounts even if their employers don’t offer such plans. The proposal would make enrollment and contributions automatic, reducing a significant obstacle to long-term asset building, and enable workers to take their savings with them as they move between jobs.

A recent study from the Pew Charitable Trusts reports that one-in-three American families has no savings on hand and this lack of savings tops the list of their financial worries. Pervasive economic insecurity partly explains the disgruntled electorate both parties are encountering in their respective primary campaigns. For those families that do save, the place where it happens is often at the workplace. Unfortunately, roughly half of workers employed by small firms (with fewer than 50 employees) don’t have access to workplace retirement savings plans. That’s terrible benefits coverage, especially in a 401(k) policy world in which we expect workers to be able to supplement their Social Security benefits. It is hard to argue that this isn’t a problem worth solving.

The AutoIRA can be—and should be—a solution attractive to both sides of the partisan divide. We already know that workers without access to such plans rarely save—fewer than 10 percent of workers without access to a workplace plan contribute on their own, and employers have not adequately filled the gap. Yet with the AutoIRA, the “ask” for employers is pretty light; they just need to click a few extra keys when setting up their payroll. Employers don’t need to run the plans and they don’t have any extra fiduciary responsibility. Even if they don’t raise wages, this is something they can do which will help their employees financially over the long term.

How does it work? Implementation of the AutoIRA mostly hinges on a mechanism to make deposits to a third party provider who can recoup administrative costs through modest fees. And this year the administration is proposing to include a tax credit which employers can use to offset the small costs they might incur to modify their payroll systems. Another advantage of this approach is that it moves us toward a system of portable benefits, which will allow workers--even those working part-time and for multiple employers--to access benefits and protections regardless of where they work or how they earn their income.

This follows up on the administration's new savings option, called a myRA (my retirement account), which was rolled out in the fall and did not require congressional approval. With a myRA, a person can access a simple, safe, low-cost, and interest earning account that they can use flexibly under current Roth IRA rules. It allows for tax-free earnings for qualified uses of homeownership, education, and retirement as well as the ability to flexibly withdraw deposits without penalty, but most notably it carries an interest rate that is almost 10 times the average savings account. The myRA policy fills an important gap in providing access to a savings vehicle many workers currently lack. But because it is not automatic like the AutoIRA, it will have a much lower take-up rate.

In the absence of federal action, states have stepped in. Specifically, a number of states have begun to implement their own version of the AutoIRA, which they have dubbed “Secure Choice” to reflect the intention to allow workers the option of not participating in a savings plan, if they so choose. These programs have the potential to achieve significant scale. California’s Secure Choice program has the potential to cover almost 7 million working families.

But even at the state level there are regulatory and political obstacles to surmount, such as making sure these new systems don’t run afoul of current rules, such as the Employee Retirement Income Security Act (ERISA). The Department of Labor is trying to create a smooth pathway for states to advance their own programs by, among other things, offering guidance to ensure compliance with ERISA rules. And they are asking Congress for the resources to pilot, test and evaluate how to best implement these policies.

Yet this approach doesn’t—and can’t—overcome the needless partisan roadblocks that are being erected across the political landscape. For instance, New Jersey Governor Chris Christie recently vetoed a Secure Choice bill which passed the legislature, even though contributions would be voluntary and employers wouldn’t have been obligated to make any contributions. The legislature then passed, and Governor Christie signed, a bill to create a voluntary marketplace for employers shopping for retirement plans, which will tweak an inadequate status quo system. This reflects how the “laboratories of democracy approach,” where we let the states experiment before moving ahead with a federal policy response, may leave too many families behind. The decision to block the AutoIRA proposal is a prime example of gridlock as a political strategy that ends up hurting American families. If neither side wants to be blamed for inaction at the voting booth in the fall, it’s time for congressional leaders—even in an election year—to pick up the pace and get back on the dance floor.