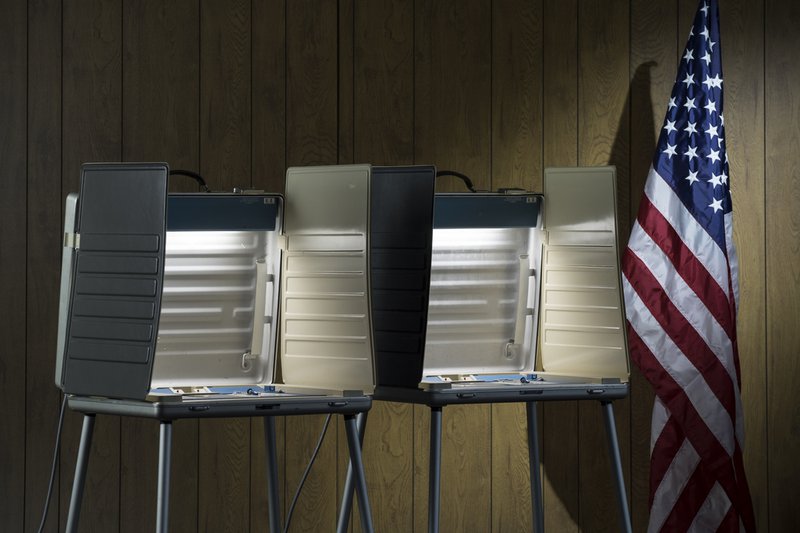 Donald Trump, the Republican nominee for President of the United States speculated in August that the only way in which he would not win come November would be a “rigged” election. It was, certainly, a scandalous statement—but the reality of election tampering is not new and made even worse by the fact that our voting system is outdated and insecure. Security experts believe Russians successfully breached voter databases in both Illinois and Arizona earlier this summer, indicating to voters across the country and people around the world that the United States’ presidential election itself is hackable.

This is not to say that Trump is right, and it is certainly not to say that the American voting process is rigged or under influence in the way that he meant. It is to say, however,  that the United States’ voting system is woefully in need of an upgrade.

Every election cycle, there are reports of uncounted votes, voter suppression, and unnecessary confusion regarding proper identification and the location of polling stations. Other countries like Canada, Brazil, and Germany have converted to electronic voting, which has the benefit of limiting human error, providing instantaneous results, and can often be more accessible to voters who have disabilities.

While a technological upgrade seems to be what’s needed to bring our elections into the 21st century, it does bring with it its own set of challenges—namely, security. The alleged Russian interference in the primaries in two states and their timely release of private emails from the DNC indicate that the threat of a foreign government or third party interference in U.S. elections is a potential reality we must acknowledge.

The security of electronic voting machines has become one of the greatest concerns of this election cycle. It is worth noting that electronic voting isn’t as common as some believe; only five states utilize direct recording electronic systems (DREs) that allow constituents to record their votes directly into a computer’s memory. The large majority of voters—three-quarters to be specific—will still be voting using paper ballots this fall. So It is also worth noting that these same machines have been used and were just as hackable in previous elections with no indication of any verifiable interference. But security breaches impacting our government—most notably the OPM data breach—along with those directly impacting our election system have left a tangible feeling of apprehension leading up to the 2016 election. Americans are more aware than ever of the vulnerability of their vote and just the hint of malfeasance can threaten their faith in the integrity of our democracy.

The real danger is not the threat of a large-scale hack influencing the outcome of our election, but rather the shroud of suspicion that the results were tampered with. This does not mean we need to skip the screens—anyone who remembers the 2000 presidential election almost certainly remembers butterfly ballots and hanging chads. The issue is less whether we choose electronic or paper voting and more that we choose to design a system in which the American people can place their trust and put checks in place to ensure that that trust is not broken.

Verified Voting, a nonpartisan, nonprofit organization advocating for legislation that promotes accuracy, transparency and verifiability of elections, provides a useful map on their website indicating the voting technology used throughout the U.S. and its territories allowing voters to see what they will use at their polling station in November.As the map illustrates, there are quite a few different ways to vote during this election cycle across the country. The good news is that a growing number of voters are using machines that have paper backups to double-check any suspicious results. In fact, more than half of all states conduct post-election auditing by checking vote totals against paper records to ensure that votes are accurate. The less good news is that, since U.S. elections are locally run, with many different systems and varying degrees of security, not every state performs post-election audits.

Take, for example, Pennsylvania, a key post-convention battleground state where CNN reported earlier this week Trump and his opponent Hillary Clinton are separated by just one point in the polls. The state has audit requirements but a significant portion of the state’s precincts will be voting with DREs that do not have a voter verified paper audit trail, leaving it unclear how they might carry out their audit requirement. It’s worth taking a second look because it’s the voting systems that cannot be audited that raise suspicion and instill distrust. If the possibility of ballot manipulation exists and the results of an election cannot be guaranteed to be tamper-free, doubt alone can damage voter’s belief in election outcomes.  With a major party candidate already alluding to possible voter fraud a few months prior to Election Day, a seed of mistrust has been firmly planted in some minds.

Steps have already been taken to ensure the integrity of our election system. Congressman Hank Johnson of Georgia’s 4th District and member of the House Judiciary Committee recently introduced the “Election Infrastructure and Security Promotion Act of 2016” and the “Election Integrity Act of 2016.” The former would require the Department of Homeland Security designate our voting systems as critical infrastructure, increasing their obligation to secure the system like they would our power grid or water supply. The latter would limit the purchase of new voting systems that do not provide voter-verified paper ballots. Although controversial in their own respects—because they mandate federal intervention in a process that has purposefully remained decentralized—the security issues the legislation raise appear to be steps in the right direction. They also, however, seem unlikely to prompt effective change before the election this November.

For over two hundred years prior to Trump’s comments and hacking Russians, American democracy has relied on the peaceful transition of power based on the results of local, state, and national elections. Although history does record various instances of misuse of the system, overall voters had a determined confidence that their ballots were secure and their votes counted in deciding the outcome of elections. The system in place now does not inspire a great deal of confidence in the security of one’s vote and an upgrade is sorely needed. Whether we move to an electronic process or keep making paper, our systems of voting needs to be secured, and the risk of manipulation of data, eliminated.