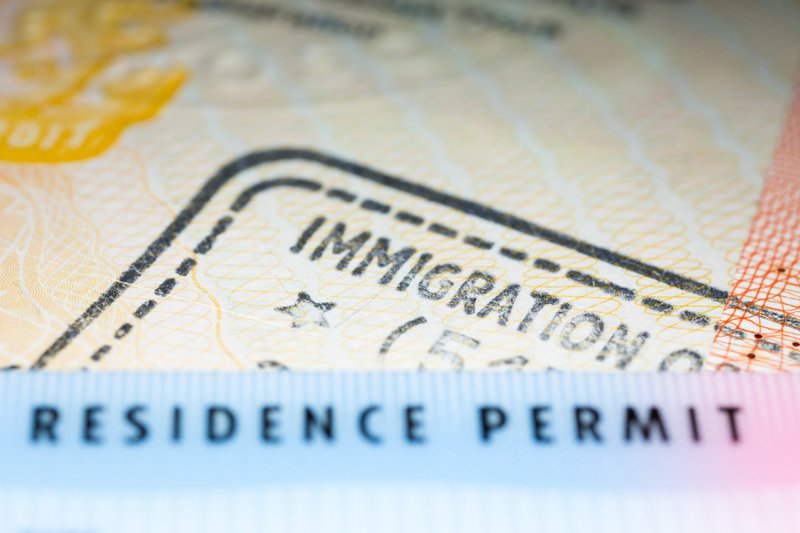 “Mija, si algo pasa y no me vez, todo va estar bien”—If something happens and you don’t see me, don’t worry—my mother said to me, reassuringly, in her native Spanish. It was October 2011 and she had just been detained by Border Patrol. The following 30 minutes of separation felt like hours. Chills of fear ran up my spine, and my heart felt increasingly heavier at the thought that I might never see her again.

The experience of crossing the border and being undocumented has always been hard. Yet the recent policy changes under the Trump administration have only exacerbated that difficulty. For years, my reality—and the reality of other undocumented young people living all across the United States—has been to live in the shadows, out of fear of being found. But now, as our fears and traumas play out in the public eye, it’s crucial that we, as a country, elevate the challenges undocumented immigrants in the United States face—even after they cross the border.

In light of increasing media coverage, rallies, and research, Americans are more aware than before of the trauma children face at the border. In May 2018, the “zero-tolerance policy” led to thousands of children being separated from their parents at the border in ways that were widely televised in the media. Though Trump’s June executive order now allows for families to be detained together in some cases, it doesn’t solve the broader problem of border trauma.

More specifically, often elided from conversations are how undocumented children cope long after coming to the United States. They, too, undergo trauma and stress, but that acute stress of the crossing is now stretched over years. A recent study by the Center for Law and Social Policy (CLASP), “Our Children’s Fear,” underscores how the current immigration system under Trump affects young children under the age of eight. Based on interviews and focus groups with over 100 people in California, Georgia, Illinois, New Mexico, North Carolina, and Pennsylvania, the study finds that young children fear that their parents will be taken because they constantly see and hear their parents’ own fears of deportation. Their systems of support—their parents and caregivers—also worry, yet they typically lack the resources to do anything about it.

The report also found that undocumented families’ normal routines have been interrupted, and children don’t receive adequate access to nutrition and health-care services. Take Pennsylvania, where some parents are scared even to take their children to the hospital because the route requires them to drive by an area frequently patrolled by Immigration Customs Enforcement (ICE) agents. Ultimately, the CLASP report finds that undocumented children’s everyday encounters are usually traumatic experiences. Over time, these experiences snowball and create what Harvard University’s Center on the Developing Child calls toxic stress—“the strong, unrelieved activation of the body’s stress management system in the absence of protective adult support.”

Developmental research shows that the effects of toxic stress are cumulative. Undocumented children often have more than just one traumatic episode; they experience ongoing trauma and uncertainty, which affects their brain development. Undocumented children, in other words, live in a constant state of fear, one largely driven by the stress of potentially not seeing their parents again, of having to leave the place they left everything behind for, and of having their entire reality shattered right before them—with no control over their fates.

On top of that, the uncertainty undocumented children face is arguably worse now than it’s been in recent memory. As a Migration Policy Institute report notes, “U.S. immigration policy has undergone a sea change since the inauguration of Donald Trump.” Living life with a lingering fear of uncertainty is all-consuming—it’s like living on the edge of a cliff.

For instance, growing up, I lived without any legal protections because of my status, and was constantly anxious about what might happen to me if and when la migra—ICE—came knocking on my door. Even after receiving Deferred Action for Childhood Arrivals—commonly known as DACA—my stress still hasn’t vanished. I secured some legal protections, sure, but for me, reaching a minimal level of security has meant little if my parents still have none. In North Carolina, my parents are unable to renew their expired driver’s licenses because Social Security Numbers are now required to obtain one. Every time my parents drive, I’m scared. If my parents are deported, I’ll become the caregiver of my four younger siblings. And if DACA is repealed and I’m deported along with my parents, my sister, who’s only 19, will be the caregiver.

This is our reality.

While the spotlight is on the trauma children experience at the border, we should discuss the trauma children face in other corners of the country, too. These childhood experiences don’t simply dissipate into thin air. They linger, and unless we do something about it, these children’s future, and by extension America’s future, could be in jeopardy.

Truthfully, I don’t have a magic fix. The issue is nuanced, multifaceted, and complex. But I do know from experience that greater support, for one, can go a long way toward addressing it.

To that end, it’s key that undocumented children are in a place where they feel comfortable. Healthy development for children requires an environment where they can learn, explore, and interact. These environments don’t have to be limited to households; they could extend into classrooms. Teachers could receive training to ensure their classrooms are safe environments for undocumented students. In addition, receiving proper support and therapy also helps. Whether they were detained at the border or experience trauma in their everyday lives, children need the opportunity to work through their experiences with licensed professional counselors at their schools and in their communities. They need an outlet to grapple with their traumas.

Ultimately, these resources are an essential first step—but they aren’t a solution. We have a broken immigration system, and until that changes, it’ll be difficult to change much else.