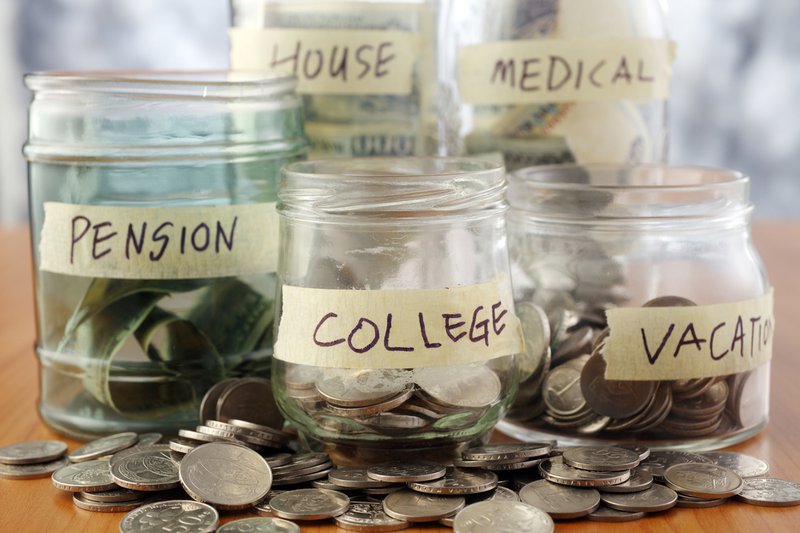 A universal basic income—the idea that all members of society should have a guaranteed income as a means to combat poverty, inequality, and lack of opportunity—has increasingly permeated public policy debates over the past few years. See, for instance, Annie Lowrey’s book Give People Money, pilot projects like the Stockton Economic Empowerment Demonstration and the Magnolia Mother’s Trust, or coverage of Senator Kamala Harris’s LIFT Act.

And now, a leading U.S. Senator—and possible Democratic presidential candidate in 2020—has introduced legislation that would apply this “Give People Money” ethos not to household income, but instead to household wealth.

The bill hasn’t been introduced yet, but Vox reports that Senator Cory Booker’s (D-NJ) American Opportunity Accounts (AOA) Act would do four things: create a universal system of savings accounts, opened at birth, and seeded with $1,000 for each child; deliver annual supplemental deposits to the accounts based on family income, ranging from $0 to $2000; manage the funds “in a low-risk account” shielded from inflation and market-risk; and reserve the funds until age 18 and dedicate them to “asset building” uses such as education after high school, homeownership, and retirement.

At New America, we’ve worked to design and promote accounts for children since the early 2000s. Indeed, Senator Booker’s proposal echoes and builds on almost 40 years of child savings account (CSA) history, though this proposal is unique in terms of its goals and scale. In that light, it’s important to investigate some of the key elements of this proposal—the differences between it and its predecessors tell us lots about policy and politics in 2018.

While federal CSA legislation has been proposed and not enacted for almost 20 years, a community of practice has sprouted around the idea that CSAs can be a powerful intervention for getting children to and through college. According to Prosperity Now, more than 50 CSA programs served nearly 400,000 children in 2017. And new CSA programs continue to sprout up: Pennsylvania recently created Keystone Scholars, which will automatically open a 529 college savings account, seeded with $100, for each of the 140,000 children born in that state annually beginning in 2019.

2) But the AOA is also different. It breaks from the CSA mold in crucial ways. In every model cited above, individuals—especially parents, but often all members of a family or community—can contribute to the account. Indeed, savings matches are seen by CSA researchers as a critical tool for increasing engagement, growing account balances, and maybe even developing a “college-going identity.” While the CSA field has learned that low-income people can, do, and will save, Senator Booker’s bill doesn’t allow for external contributions. The only contributions to the accounts will come from the supplemental contributions that are part of the program’s design. The bill draws on the concept of “Baby Bonds,” an idea first articulated by pioneering economists Sandy Darity and Darrick Hamilton. Darity and Hamilton reject parental savings because they envision “Baby Bonds” as a mechanism for attacking wealth inequality and supporting children whose parents can’t afford to make large financial investments in their future.

3) The AOA is a much bigger investment in children than previous legislation. Senator Booker’s proposal would (once fully operational) likely invest in the neighborhood of $40 billion a year. That investment is an order of magnitude greater than past CSA proposals, but as Prosperity Now has pointed out, it’d require repurposing less than 10 percent of our nation’s annual asset building expenditures—such as tax subsidies for homeownership and retirement savings—away from wealthy Americans and toward children.

4) The AOA is more economically progressive—and racially conscious—than previous legislation. It’s not just that the AOA invests a lot of money in children. It’s designed to close our nation’s gap in wealth inequality (starker than income inequality) and have a big impact on the racial wealth gap, which finds white households, on average, to be worth more than 10 times as much as Black and Latinx households. While ASPIRE invested $500 in all children, and then created matching incentives for parents of low-income children, AOA targets children of low-income parents and delivers greater supplemental deposits to them. As shown by Vox, children who live in poverty for all of their 18-years and consistently have the largest annual supplemental deposits would hold accounts worth more than $46,000, while children of the parents who consistently make more than $125,000 per year will hold accounts worth just over $1,600. Senator Booker’s office also estimates that the average black and Latinx children will reach the age of 18 with accounts worth more than $27,000, and the average white child’s account will hold over $15,000. These investments are large enough that the bill doesn’t rely on the power of the stock market to grow account balances, investing instead in low-risk Treasury accounts.

5) Paternalism is real, and not going away. Overseas, the United Kingdom’s Child Trust Fund was a universal child savings account for every child born in the UK between 2002 and 2010. On reaching the age of 18, individuals gain access to their accounts and can use them in any way they see fit. In their 2018 book, Making Education Work for the Poor, William Elliott III and Melinda Lewis argued for large-scale CSAs that could be used flexibly to “facilitate the transition to adulthood.” These flexible proposals, however, are uncommon, and use restrictions are much more common. The AOA follows this pattern by dedicating account funds to specific purposes. This tweet from Scott Winship, a leading center-right policy wonk who works for Senator Mike Lee (R-UT), underscores that these restrictions may be central for engaging broad political support.

6) Our politics have changed—so have our policies. It’s worth asking: why now? With a long track record of CSA legislation, why is this the moment at which the first real Baby Bonds bill is being introduced? Inequality and the racial wealth gap aren’t new concepts, though growing awareness over the past 15 years is clearly a factor. But the bigger driver might be the increasing division in our politics. The ASPIRE Act represented what was thought to be possible through the politics and economics of 2004: bipartisan cooperation, large (but not huge) investments in children, confidence in the market, little mention of the role of race. Former President Barack Obama’s re-election led to Republicans abandoning CSA policy like ASPIRE (and bipartisanship in almost all of social policy). As a result, ASPIRE and USAccounts became partisan democratic proposals. Driven by President Donald Trump’s extreme policy agenda—and effectiveness in delivering greater benefits to white people—the policy constrictions of the past are very clearly gone. The AOA reflects economic and political lessons fitting for 2018: a single-party theory of change, huge investments in children, mistrust of the stock market, a central role for race.

Our politics are clearly influencing what policy choices get introduced. What’s less clear is how well these policy choices will sell back into our political market. Senator Booker appears to be trying to find out.