Girls Learn More in School Than We Often Assume 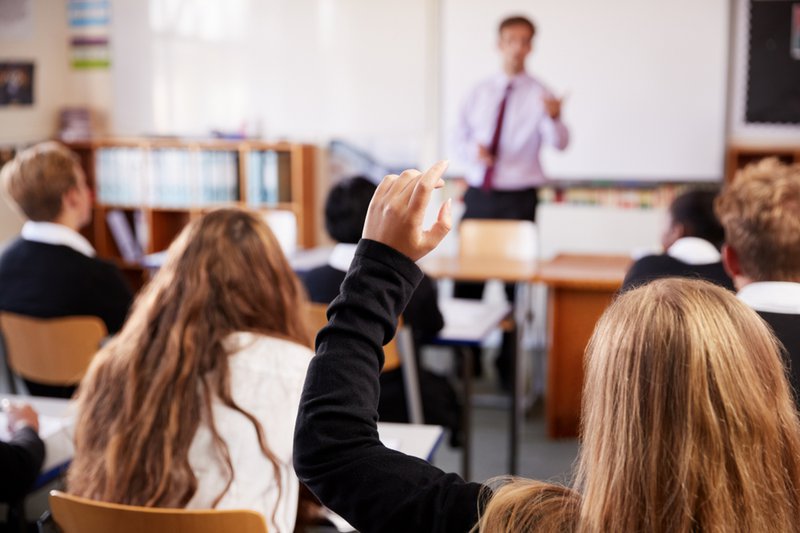 With the school year off to a running start, my son recently cast his vote for the first time—in student council elections. When he did, I couldn’t help but think of my own experience running for class representative in the 1990s. Seated in the first row, the first one to raise my hand to respond to questions, I had little doubt about running for that role. Sure enough, I was elected by my peers. As years passed, however, I became less and less likely to run for student office. Student council began to feel unpleasant at an age when my nerdy and glasses-wearing self began to increasingly focus on peer acceptance. I became more allergic to being seen as the ambitious girl. Being a smart girl was unpopular enough.

I wasn’t alone. A recent study reveals that among American high school students, boys and girls are equally interested in running for office. But as college students, things change dramatically. Males of that cohort were twice as likely as their female peers to have thought about political involvement, and women’s sub-representation is closely linked to this “ambition gap.”

The truth, as Sheryl Sandberg memorably put it, is that it’s very hard for women to be perceived as both likable and high achieving. The opposite is true for men, because of broader expectations around gender that are limiting for both men and women. Unlearning these expectations requires us to start at the root—with re-conceptualizing the stifling notions of manhood and womanhood that children are bombarded with beginning on their very first day of school.

All over the world, girls are made to believe that they’re innately less talented than their male counterparts in a broad variety of fields, including STEM and politics, with such beliefs reinforced throughout their lives. Boys, on the other hand, are told that their value and worth depend on their physical strength, sexual prowess, and fearless ambition, and they’re often discouraged from pursuing career opportunities in fields perceived as traditionally “feminine,” like nursing and caregiving.

Even in very progressive Norway, researchers have found that in kindergarten, the majority of teachers already relate differently to girls and boys with regard to expectations, behaviors, and characteristics. As a consequence, “even from an early age, girls and boys adapt their behavior in relation to what is expected of their gender.”

It’s not only the teachers.

Through language and images, most books used in schools all over the world also bolster a patriarchal view of the world, one in which women are treated as homemakers, act in subservient roles, or are invisible. Uniforms play a role, too: Research carried out in the United States shows that skirts (often a compulsory item in many schools’ dress code) limit girls’ ability to play, exercise, and be active like boys, shaping their behavior and self-image.

But here’s the good news: Gender is a learned identity, and, as such, it can be modified and, to some extent, untaught and unlearned. One way to start this important work? By becoming gender-responsive.

Let me explain. Most often, teachers and school headmasters are unaware of the implications their attitudes, policies, and language have on children’s learning and the quality of their education. This is particularly true for girls. The benefits of having an education that goes beyond gender neutrality—treating boys and girls the same way, without addressing underlying inequalities—to become gender-responsive and make sure that boys and girls are aware and able to challenge limiting stereotypes linked to their gender identities, are enormous.

Evidence from Malawi and Ethiopia shows that when ministries of education make gender-responsive education a priority and train teachers accordingly, both classroom gender dynamics and learning outcomes improve.

For instance, something as simple as re-organizing teaching arrangements to alternate boys and girls can transform gender relations in the classroom. Such small action, paired with teacher training on gender responsive education, has in fact been seen to improve interactions among boys and girls, increase girls’ confidence and enthusiasm in their studies, and decrease gender discrimination in the classroom. Ensuring that boys and girls are represented among group work presenters, class monitors, and leaders is another simple tool that has been effective.

In some instances, the inclusion of a gender perspective in educational programs can be life-saving—sexuality and HIV curricula that address gender or power have been found to be five times as likely to be effective as those that don’t.

Crucially, education can’t be—and has never been, for that matter—only about knowledge. In addition to textbook learning, it ought to be about learning the skills that enable us to become agents of change, think for ourselves, and create pathways to address the world’s toughest problems in novel ways. Put differently, a good education helps us discover our place in the world and empowers us to challenge the status quo—but we can only do that if we’re taught in an environment that acknowledges children’s unique, individual contributions and doesn’t force them to adapt to and comply with what’s expected from them on the basis of their gender.

That’s why, instead on focusing our efforts and money solely on teaching skills for jobs that might be obsolete five years from now, we should make sure that our education system is sensitive to the ways that gender is baked into it.

As a gender expert and the director of girls’ education at Room to Read, I’ve seen positive change happen day by day in many countries. Through our program, we’re making sure that over 50,000 girls in Asia and Africa are staying in school and developing the skills they need to advocate for themselves and challenge expectations and social norms.

And we’re not doing this work alone. Organizations worldwide—including the Collaborative for Harnessing Ambition and Resources for Girls’ Education (Girls CHARGE), chaired by Brookings and the Basic Education Coalition—believe that education can be a solution to many of the world’s problems. With these organizations, we promote and advocate for policies and programming that are relevant, evidence-based, and aimed at transforming the learning and life outcomes of boys and girls all over the world toward greater gender equality.

I’m not suggesting, of course, that this sort of education would be a panacea. I know all too well that the road to achieve full equality is still long—that despite persistent effort, securing lasting structural change won’t happen overnight. Still, I’m encouraged by all the critical work on gender norms taking place all across the planet.

Last week, two girls were elected to be president and vice president of the student council at my son’s school. A lot is going to change between now and the time they finish college, but many of the conversations being led by women today within and beyond the #MeToo movement tell me that they’ll find a broader sky to spread their wings—and that they’ll be freer to chase their dreams, wherever they may be.

This essay was adapted from a piece that originally ran on Medium.