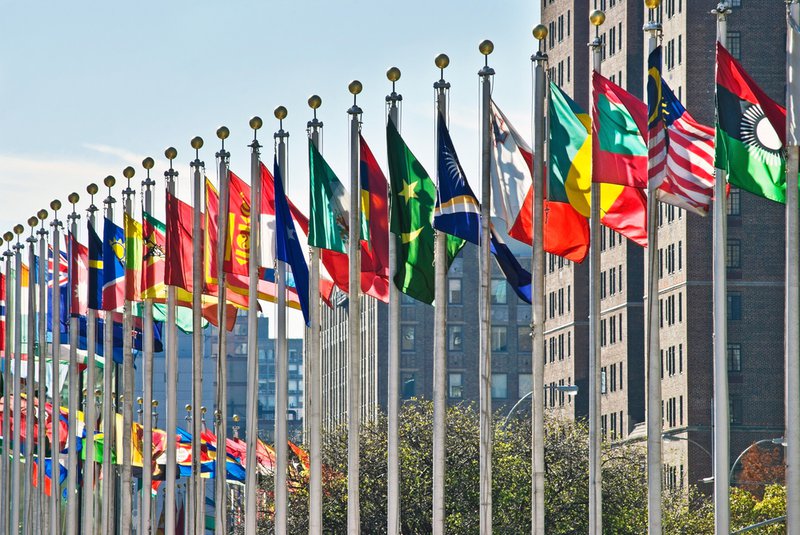 The woman of Kabul knew that something was amiss. As told to Inclusive Security, the activist Sahar (a pseudonym), as well as other women in the town of Ghazni, which is some two hours from Kabul, had noticed an increase in the same kind of trucks in their neighborhoods. After some investigating, they discovered that the Taliban was using the highway between Kabul and Ghazni to smuggle weapons. But when the women told local security forces what was going on, no one acted on their intel. Just a few months later, in September 2015, the Taliban invaded a Ghazni prison and released more than 350 prisoners—the largest prison break since 2011.

This story is part of a larger pattern: Many government security forces and policymakers are blind to the ways in which women’s inclusion in counter-insurgency, counter-terrorism, and peacemaking policy and strategy can yield crucial, life-saving insights. Put another way, when policymakers focus narrowly on “hard security” issues, intelligence like the plan for the prison break is missed.

Around the world, security forces and policymakers alike tend to see gender equality issues as separate from conflict or a strong national security strategy. Meanwhile, Afghanistan and Iraq continue to struggle with security issues. The Taliban is attacking Afghan civilians and security forces, and U.S.-brokered peace talks between the Afghan government and the Taliban are faltering. The Iraqi government could soon dissolve, and Shia militia continue to attack U.S. buildings in Baghdad and Basra. On top of all that, President Donald Trump, at the U.N. General Assembly this week, called on world leaders to “isolate” Iran—he blames the country for Iraqi instability, and others have linked the Taliban as a key supporter.

But there’s another, research-backed way to address instability in Afghanistan and Iraq at the General Assembly, one that’s already been articulated in a recent piece of U.S. legislation: the Women, Peace, and Security Act. Passed in October 2017, the law is a blueprint for how—and why—to involve women at every level of domestic security policymaking. In addition, it pushes U.S. policymakers to include women in peacemaking operations around the world. This isn’t just for reasons of social justice and gender equality—it’s also because research shows that gender inclusion and equality are linked to more durable peace processes and greater security overall.

Long before Trump signed the bill into law, policymakers had begun to apply what we know from gender and security research to programming and strategy in Afghanistan and Iraq. Starting in the fall of 2017, I joined my New America colleagues Heather Hurlburt and Elena Souris, along with the United States Institute for Peace (USIP), to convene Iraq and Afghanistan experts for two private roundtables. The purpose: We wanted them to recall the lessons they’ve learned from more than a decade of using this research and framework in the field. Their insights go far beyond simply listening to women like the aforementioned Afghani activist, to learning the most effective ways to engage them—and men—in programming. We’ve distilled those lessons into a new report—and here, I’ll highlight three that are particularly relevant to this week’s General Assembly discussions.

First, a vocabulary lesson. Policymakers the world over need to re-learn—and, truly, re-conceptualize—the definition of “gender,” and forget the myth that anything related to gender is irrelevant to “hard” security issues. Gender doesn’t mean “women.” It’s a culturally constructed category tied to rigid behavioral expectations and norms (for instance, women are polite and nurturing, while men are aggressive and unemotional). But while a construct, gender—along with factors like race, ability, and socioeconomic status—can determine a person’s access to resources and opportunities. Whereas a gender program a decade ago may have dealt exclusively with women, today’s experts emphasize that gender equality—and the micro- and macro-level security and stability it can propagate—flows both from women’s empowerment and supporting healthy masculinity. Programming that focuses only on women’s needs and ignores the ways in which men fit in may not only be ineffective—it may also be actively harmful: In addition to sparking violent backlash, it can perpetuate the false idea that gender equality is zero-sum, that it automatically results in fewer opportunities for men.

Indeed, while the international community has invested millions in reducing violence against women—and rightly so—what’s less discussed is how violence impacts men, particularly when they’re exposed to it at a young age. When boys are abused by their parents or see their father hit their mother, they’re more likely to become violent themselves, according to research from Promundo. What’s more, men tend to receive less post-trauma support than women, owing in part to an outdated definition of masculinity that characterizes men as stoic and emotionless. But men need this support no less than women—ex-combatants, who have been stripped of their wartime identities and the security that came with being part of a group, may experience a deterioration in mental health and an increase in self-harming behavior and interpersonal violence. “All of these repercussions have enormous effects on families and communities, in particular on women, who often must absorb new and multiple roles as caregivers, heads of households, and protectors of the more vulnerable—thus, inverting traditional societal gender roles,” as a 2013 USIP report has it.

Second, if harmful gender norms are at the root of many forms of inequality and instability, influential Islamic religious leaders have the power to tear those roots out and replant new seeds. And that leads us to another lesson: that we ignore the role of religion, and religious leaders, at our own peril. We heard from experts that Westerners too often venture into Afghanistan and Iraq with distorted ideas about the complex role that religion would play in efforts to promote gender equality—either dismissing it altogether or viewing it simply as a barrier to their programmatic mission. This, they told us, is a crucial misstep. Beyond strategically working with religious leaders to connect gender equality messages back to the Koran, experts suggest an emphasis on religious education for women, noting that there are few female religious scholars in either Iraq or Afghanistan. This kind of education would allow women to push back against so-called Islamic teachings that call for female subjugation, in turn teaching women and men that Islam is a religion that enshrines women and men as equals. It would also give women more influence in the informal legal and religious networks that exist in some parts of Afghanistan, where men often don’t have a formal religious education but still act as religious authorities.

And third, as in religious organizations, women also remain barely visible in formal security forces and security policymaking, though they’ve stayed active (and hugely effective) at a grassroots level. They’re not represented proportionally in formal peacekeeping and security roles, nor are their unique needs considered explicitly in crucial policy strategies. Women, it’s worth recalling, not only bring distinct perspectives to peacekeeping and security policy, but they also demand distinct provisions as former active participants in conflict. For instance, they may have been exposed to different kinds of violence than men. They may also have different levels of mobility, rights, and access to resources than men do, and could face more intense stigma when they return home.

In Iraq, post-conflict demobilization and de-integration programs rarely include women—even though we know that women are active participants in armed struggle: as combatants, as supporters, as recruiters. Think, for instance, of Yazidi female fighters, of the women in formerly ISIS-held areas, or of foreign fighters returning home. They, like male combatants, need support to reintegrate into their communities. And they, like their male counterparts, can offer rich intelligence and insights.

Neglecting these facts only weakens post-conflict strategy, experts say, citing the bungled processes in West Africa, Lebanon, and Colombia, which, as we write in our report, “made little or no provision for the needs of women who had participated in armed struggle, either as combatants or providing close-in support to fighters,” nor did they “include women in post-fighting convenings and cross-community conversations.”

In some ways, this more-inclusive approach seems to be gaining traction, at least in some quarters of the U.N.: In October 2017, U.N. Secretary General Antonio Guterres emphasized the importance of including women in peace processes. Support from leadership is a start. But it will take more than Guterres to make rhetoric match action. In that regard, these lessons, too, are a start, and designing effective policy and programming in Afghanistan and Iraq must mean taking seriously the key idea that connects them all: Gender equality and security go hand in hand.