What Is the Future of Homeschooling? 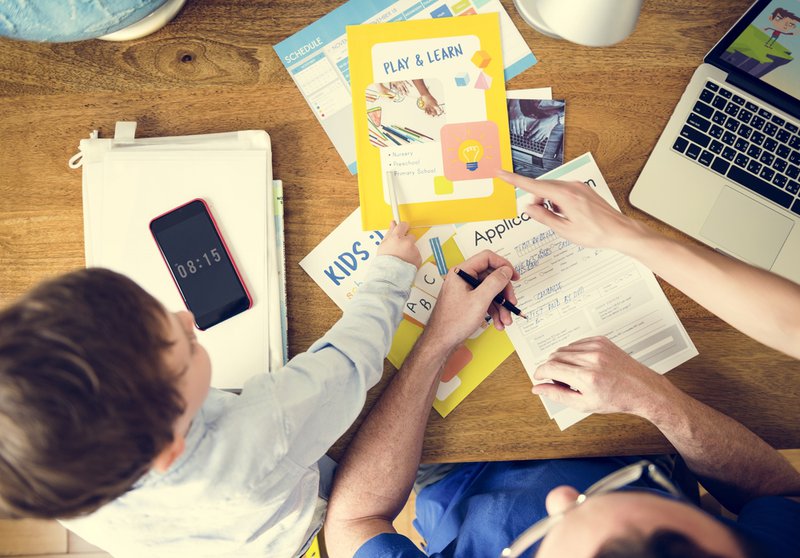 Around this time each year, as children head back to school, a paradox re-emerges: The general public may nod to the adage that “education begins at home”—and agree with the notion that parents are partners in learning—but homeschooling is rarely talked about in a positive way. Public schools don’t consider parents, even if they call themselves home-based educators, to be “real” teachers. Mostly unregulated and untracked, homeschooling is presumed to offer fewer resources to students and to be of lower quality than both public and private schools. And after years of news stories about its sinister side, homeschooling is often associated with a patriarchal, religious fundamentalism: The image of an isolated child—left to care for her many siblings, to learn on her own, or worse, to fend off abuse—isn’t as surprising as it ought to be.

Indeed, while it’s true that these children need and deserve protection, what’s frequently obscured is that this image is really about child welfare reform—a way to protect children from religious fanatics that’s more about the home than it is about the homeschool. And fundamentalist, off-the-grid homeschoolers aren’t the norm. In fact, despite the massive market of religious homeschool conventions, curriculum, and websites and the power of religious legal and lobbying groups, religion isn’t even the top reason for homeschooling anymore. In 2007, the U.S. Department of Education reported that 36 percent of homeschooling parents said that their most important reason for homeschooling was “to provide their children religious or moral instruction.” By 2012, that figure dropped to just 21 percent, with “concerns about the school environment (such as safety, drugs, negative peer pressure)” and “dissatisfaction with academic instruction” having become parents’ main reasons for homeschooling. Parents also cite a desire to provide a nontraditional approach to education, children’s special needs, family time, and finances as reasons for homeschooling.

Think of it like this: Today’s homeschool advocates aren’t the Christian Right, trying to dismantle public education. Rather, they’re parents who don’t believe that the current school model is best, or enough, for their children.

Modern-day homeschooling evolved from the more radical view that participating in the system does more damage than good. Evangelical Christians demanding strict moral instruction led much of the homeschooling movement, which emerged in force during the 1970s. Also at the forefront of the movement were progressive educators like John Holt, who promoted the “unschooling” strand of homeschool, likely derived from the Austrian philosopher Ivan Illich’s notion of “deschooling society.” (“School is the advertising agency which makes you believe that you need the society as it is,” Illich wrote.)

Resistance to state-run, compulsory education was also part of the black civil rights movement at the time. For instance, members of the Black Panther Party, critical of how the state system was serving black and poor people, pulled their children out of public schools and grew a network of “Liberation Schools” that were run out of churches, storefronts, and homes. Cheryl Fields-Smith and Monica Wells Kisura, professors who research the history and current state of black homeschooling, point to many examples of black families choosing to homeschool their children as an act of self-determination and resistance to institutional racism; notably, homeschooling is something a growing number of black parents choose today.

Observing present-day national trends among homeschoolers is difficult across the board. Sarah Grady, a statistician with the National Center for Education Statistics, the federal research arm of the U.S. Department of Education that conducts national education surveys, says that the non-response rate is higher for the homeschool survey than others. “This is a problem for us,” she explains, “because there aren’t any other homeschool estimates for the nation.”

Still, what we do know is that over the past two decades there has been a steady rise in the number of homeschoolers, defined as “school-age children who receive instruction at home instead of at a public or private school either all or most of the time.”

While the homeschooling population is still small—less than 4 percent of the overall student population—it’s expanding fast. Since 1999, the number of homeschooled students has grown from 850,000 to 1.1 million in 2003, 1.5 million in 2007, and 1.7 million in 2016. The actual number of homeschoolers is probably higher than this estimate, which is based on a national parent and family survey that at least a small portion of homeschooling parents would aggressively avoid (this slice of the homeschool population vehemently opposes any mechanism by which they might be counted, tracked, or regulated by the federal government; for the same reasons, they oppose recent federal tax credit and voucher proposals).

Legally, any parent in the United States can choose to homeschool their children. No federal laws govern homeschooling, and the rules and regulations vary widely from state to state. Some states have strict homeschooling laws, requiring the same number of instructional hours and days as the public schools as well as proof of a child’s academic performance via a portfolio and/or test results. But according to a 2015 review of state homeschooling laws by the Education Commission of the States, fewer than half of states require any kind of evaluation, and 17 have no required subjects for homeschooled students. Some states require just a “notice of intent” or withdrawal form with a “home education” box to be checked. Others require nothing at all.

What to make of this? While it’s up to states to decide how they regulate homeschooling, they’d be wise to pay attention to this community, which isn’t only growing—but also changing the ways we tend to think about partnerships between public schools and families.

Homeschooling is increasing in popularity not just as an escape, but also as a hybrid educational option for students and families. While there has never been a single way to homeschool—its very premise is that each family chooses to educate its own way—the changing nature of teaching and learning, especially through the growth of online learning and charter schools, has blurred the lines between home-based and school-based learning.

And homeschoolers aren’t operating outside the system. A quarter of the homeschoolers taking online courses enrolled through a public school. The expansive charter school sector in states like California has made this even more possible, offering a variety of attendance options: Some offer full-time online instruction, while others require some in-person classes or that students meet monthly with a school-based teacher. In many cases, homeschoolers are enrolled full-time in virtual schools, many through private nonprofits like Acellus Academy—an online K-12 school established in 2013—or through a growing number of for-profit organizations. Many others are state-run (28 states and D.C. have at least one virtual school, administered either by local school districts or by independent charter schools or charter school networks).

Some states take pains to distinguish between virtual charter schooling and homeschooling. Wisconsin’s state department for public instruction, for instance, provides a list of the reasons why parents might choose a virtual charter (if you want “a public school that is publicly funded and authorized by a locally-elected school board” and “a curriculum… aligned with state educational goals and standards”) versus a private home-based education (if you want “complete responsibility to create and deliver your child’s educational program,” “to be responsible for establishing schedules and deadlines”). Put another way, homeschooling is increasingly boiling down to whether parents want complete control, or want help.

And most parents want help.

Wherever possible, homeschooling parents work together and seek a range of outside resources. In some states, homeschoolers function in organized networks, and often outside any particular home. Take the state of Georgia, which doesn’t require parents to homeschool their own children, so groups of parents create cooperatives and trade off teaching responsibilities. They rotate houses and arrange meetings in public libraries, recreation centers, and museums, sometimes joining the same tours as public school groups.

In some states, like Michigan, homeschoolers can take elective classes at their local public schools or join the public school sports team. Spurred by the 2006 Florida case of Tim Tebow, a homeschooled quarterback who was allowed to play on his local public high school football team and went on to win the Heisman Trophy, most states have passed or are considering similar “Tebow” laws that allow homeschool students to play for public school teams.

Homeschoolers are using other public education resources, too, including open-educational resources like EngageNY, a New York state-funded curriculum that’s freely available to anyone with Internet access. High school homeschoolers in many states can also enroll in Advanced Placement (AP) courses at their public school; others take AP courses at home but then register and sit for the exams at their local schools.

Moving quickly through high school is a common goal among homeschoolers, who seek and use dual-credit options to graduate early from high school and sometimes earn associate or even bachelor degrees at the same time. Credit-by-exam options, such as the College Level Examination Program (CLEP), are also appealing to homeschoolers. Offered in 34 subjects, CLEP exam results are accepted for credit at roughly 3,000 accredited colleges and universities across the country. Students and parents post praise for CLEP credits on homeschooling sites, encouraging others to “bank credits” early and “CLEP out” of as many courses as possible to advance quickly (and less expensively) through college.

In short, homeschoolers are learning through online programs, charter schools, school-based electives, and dual-enrollment programs—a reality that, more and more, is muddying the distinction between the almost 2 million homeschoolers and the rest of the school-aged student population. What’s the difference between a homeschooler and a student at the Denver-based HackSchool, where “hackschoolers” combine online learning, afternoon art courses, and school-based classes? While HackSchool is in some ways an exception—it was launched as a Kickstarter fundraising campaign and recognized by the White House as an innovative charter—this type of mixing and remixing model is familiar among homeschooling communities.

Traditionally, it’s been easy to dismiss homeschooling as a trivial movement, a sideshow of what’s really happening in education. But homeschooling trends say lots about future designs for teaching and learning. It’s becoming another option in an increasingly open education system, where time spent learning outside a school building isn’t an exception—but rather a central element of education.