The Future of Broadband in Underserved Areas 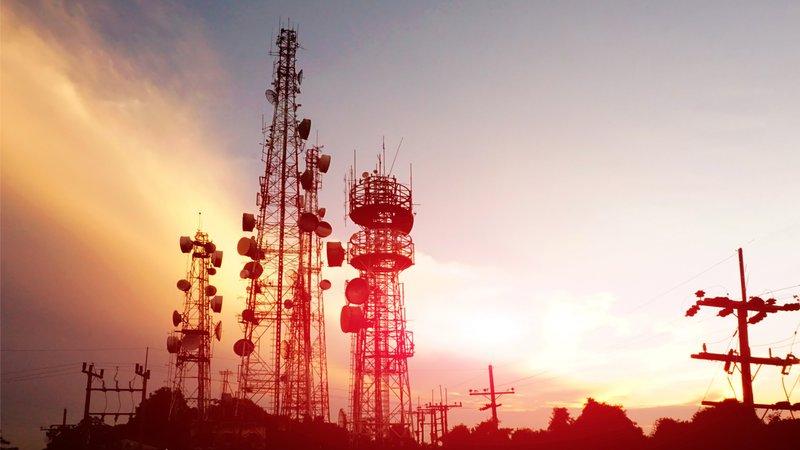 Just over 20 years ago, Congress passed the Telecommunications Act of 1996, a sweeping document that mandated that citizens living in “rural and high cost areas” should be afforded the same opportunities as those living in urban and suburban ones. Yet, fast-forward to today, and many communities—particularly rural ones—are still struggling to provide quality internet access to their residents. For instance, only 62 percent of rural Americans have broadband installed in their homes, and those who do often pay exorbitant prices for sluggish speeds. In fact, 39 percent of rural Americans are unable to purchase internet service that meets the Federal Communications Commission’s minimum standards for high-speed access—25Mbs/3Mbs—at all.

Expanding internet service to underserved communities can, certainly, be difficult, at least in part because traditional fiber infrastructure is both costly and can take years to install, leaving providers and communities on the hunt for cheaper alternatives. Even so, it’s impossible to overstate the importance of high-speed home broadband access. After all, more traffic was offloaded from cellular networks onto the fixed network (Wi-Fi) than remained on cellular networks in 2016, according to a recent white paper by Cisco. And on a more fundamental level, residents in underserved areas shouldn’t be subjected to limiting their internet usage to whatever mobile data bucket they just happen to be able to afford. Improving connectivity, in other words, is crucial for spreading wealth and prosperity to rural pockets of the United States.

And individuals aren’t the only ones who suffer from the dearth of affordable internet providers. At a recent panel convened by the Wireless Future Project at New America, Ellen Satterwhite, of the American Library Association, noted that 40 percent of libraries cannot meet the minimum speed requirements set by the FCC (100Mbs for small libraries and 1Gbs for large ones) because of high costs or lack of access. We need only look at Idaho to get a glimpse of this absurd pricing: One library there pays $1000 per month for 5Mb service, while another pays $650 per month for 40Mb service.

So how can we ramp up connectivity in these areas?

One potential solution that has shown promise is fixed wireless internet. This, in a nutshell, involves beaming internet access from a broadcasting tower directly into people’s homes via a small receiver on their roof. These sorts of point to multi-point (P2MP) fixed wireless services are becoming increasingly popular, particularly in Middle America, in part because of the relative ease of deployment and the ability to provide gigabit-level speeds.

You might be wondering, then, how we can encourage fixed wireless. At the panel, advocates and industry leaders discussed the possible benefits of expanding, or sharing, wireless spectrum access in the 3.7-4.2GHz band to wireless internet service providers, or WISPs. This would be a boon to rural WISPs like Jeff Kohler’s Rise Broadband. Kohler noted that companies like Rise are starting to “feel the squeeze” on the spectrum they’re currently allowed to operate on. He also noted that the cost per customer is considerably less as well, often being roughly $250 for someone using fixed wireless, where the average rural fiber consumer could be upwards of $1,000. In fact, the overall cost of deploying “wireless fiber” for his company was roughly one-tenth of the price of standard fiber.

There is, notably, precedent for spectrum-sharing, namely the Citizens Broadband Radio Service, which lives within the 3550-3700mHz band as an unlicensed friendly space. The incumbents in that band of spectrum included the Department of Defense, which led Michael Calabrese, the director of the Wireless Future Project, to quip: “If the military can learn to love sharing, I’m sure the satellite services can, too.” A recent petition for rulemaking by the Broadband Access Coalition outlined how P2MP service could expand to this protected band in a way that wouldn’t interfere with the current incumbents: fixed satellite service (FSS) providers. Several members of the panel also noted that the the spectrum is currently being underutilized, so the opportunities for interference would be less likely to begin with.

In fact, spectrum-sharing was one of the primary proposals to change how we use this band, at least up until the beginning of August, when Sen. Cory Gardner (R-CO) and Sen. Maggie Hassan (D-NH) introduced the AIRWAVES Act, a far-reaching bill that, among other things, would require the FCC to auction off the 3550-3650mHz band by 2018 and the 3.7-4.2GHz band by 2022. The bill also includes, however, a provision that states that if “the relocation of an incumbent from that frequency band to another equivalent frequency band … is not possible, and if the Commission determines that no mitigation technology, alternative sharing approach, or incentives-based approach would reliably prevent harmful interference to licensees,” incumbents could theoretically remain in place.

In a press release that followed the announcement of the bill, Calabrese noted that the opportunities afforded by the proposed petition could be “lost if the sole focus is raising one-time auction revenue that requires clearing satellite incumbents off the band and takes a decade to implement.” During the panel, which happened before the release of the bill, Kalpak Gude of the Dynamic Spectrum Alliance, a representative of FSS providers, stressed that effective sharing would be important in the future, highlighting that clearing “the bandwidth for auction was the old way,” and that “sharing is the way of the future.”

While the future of this particular segment of spectrum is still uncertain, its importance is hardly unclear. The AIRWAVES Act may require that the FCC investigate a variety of shared spectrum opportunities, but the broader focus on auctions that would likely be dominated by larger providers and potentially push out smaller, existing players is troubling. By promoting a tradition of spectrum-sharing early on, the FCC would have the ability to set a positive precedent that also has the benefit of helping underserved communities obtain high-speed access more quickly.

Will it seize this opportunity?