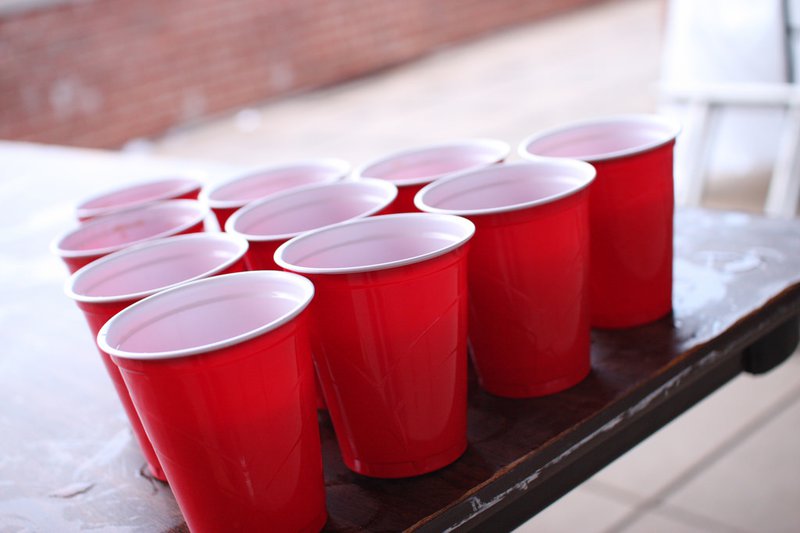 In that year, as I’ve read and re-read narratives surrounding the trial—and how it shone a critical light on how courts too often reinforce rather than reject privilege—there’s been one particularly crucial fact that many of us have shirked.

If Turner is the face of campus sexual assault, then in no small way, so am I. And so are all the other young men who benefit from the male-centered power structure on American college campuses. Young men who are raised to believe they can do no wrong.

When coverage of and commentary on the Turner saga began to snowball—from the community that spawned him to his happy, privileged, white, college face—the likeness I felt to him only narrowed. What if I knew him, I wondered? What if he had been a good friend? What if it were my smiling face plastered across TVs, the internet, and newspapers all across the world? And digging uncomfortably deeper: How would mine have gotten there? How did Turner’s?

But perhaps the problem is in the question, because it isn’t a matter of “how.” It’s a matter of when—and where.

West Chester, Ohio, might not be quite the halcyon village that Oakwood is, but the township that lies just 40 minutes south of Turner’s home on Interstate 75 isn’t far off. It’s a quiet community where the schools are good and trouble rarely bares its teeth. It’s also my hometown. And while I don’t have any championships to my name or attend a top-10 institution, Turner and I aren’t all that different. Our experiences growing up likely weren’t all that different, either: We had it good, both given a sort of arbitrary pass.

What do I mean by this? Turner has been called many things by many people. Among them: happy-go-lucky; easy-going; gentle; quiet; smart; gifted; dedicated; humble; respectful; caring; good at everything. A young man of character. A person who people like to be around. A mild-mannered kid with a good heart. Smart enough to know better.

And by most measures, Turner was—and maybe still is, in some way—many of these things. I suppose I am, too. We are hard-working, privileged hyper-achievers. We played sports, got good grades, and were involved outside the classroom. As college neared, some person at some desk at our universities-to-be thought we were worth an investment—a scholarship would attract us to their schools.

Men like me are hardly ever discouraged. We’ve never been told “no.” Never told that we couldn’t attain anything we set our mind to. Chilling, when you really think about that word: anything. We can do anything. We can have anything. Anything we really want. It’s ours.

The implication is clear. Another person’s body? That, too, can be ours, if we want it to be—and all too often, at little cost to us.

You see, privilege has this way of making young men like Brock and me infallible. In our own eyes. In our parents’ eyes. In our friends’ and our teachers’ and our neighbors’ eyes.

Turner, in his statement to judge Aaron Persky, placed the onus of his actions on the alcohol he drank and “sexual promiscuity.” Support letters from friends and family members have offered much of the same misguided defense.

In more trenchant words than I can pen, Turner’s victim condemned and poked holes in his shoddy defense, reminding us all that there’s a difference between a drinking problem and “drinking and then forcefully trying to have sex with someone.”

It’s a dangerously delusional mind that would unload the entire burden of sexual assault on alcohol, party culture, and sexual promiscuity. Because even if you accept these as the makings of a questionable environment, the reality remains that party culture and drunken nights are not the breeding ground of sexual assault on college campuses. They’re merely the hunting ground, where toxic masculinity and (often white) male privilege too often reign.

Indeed, the conditions for sexual violence are born and cultivated long before the party or drinking begins. And that’s the conversation very few are having. Or it’s one that I’ve only rarely heard, anyway.

We can trace this corrosive culture to many places. To the locker room, where stories of sexual activity are tossed around like footballs. To the high school lunchroom, where horny teenage boys’ conversations begin at bad and end at cringeworthy as they trumpet their hook-ups, and debate whose was best. To GroupMe messages, where young men are held accountable to no one until a screenshot falls into the hands of someone who cares—often to no consequence. Even to dinner tables in towns like Steubenville, Athens, and Oklahoma City—and Turner’s and mine—where smiling white boys are told that criminals are other people who look and act differently from them—from us.

It’s this unchecked speech—as well as a galling lack of education about what sexual assault can and does actually look like—that lays the foundations for young men to develop a perverted, broken sense of what rights they think they have to another person’s body. To commit a crime and never think—or rather, care to think—that they did anything wrong. Worse, to twistedly justify sexual assault or rape.

It’s long past the day to “get serious” about rape and sexual assault on college campuses. Today is the day to rewrite a culture of male puissance—flipping the script to one that not only condemns actions like those of Turner, but also makes clear the dangers of men’s broader complicity in perpetuating systems that are, in ways subtle and overt, hostile to women. And the day to imbue young men like Turner with a genuine understanding of rape, sexual assault, and consent before they ever step foot on a college campus.

Looking ahead, all of us must engage our peers according to their actions, rather than by markers of success and privilege. And men, we, too, must recognize and own our potential for unconscionable sexual violence, so that we may never become the rapists we never imagined ourselves to be. Because until we do, the face of campus sexual assault will continue to be smiling, high-achieving, privileged young men who are loved and respected by their peers.