The Evolving Landscape of Counterterrorism 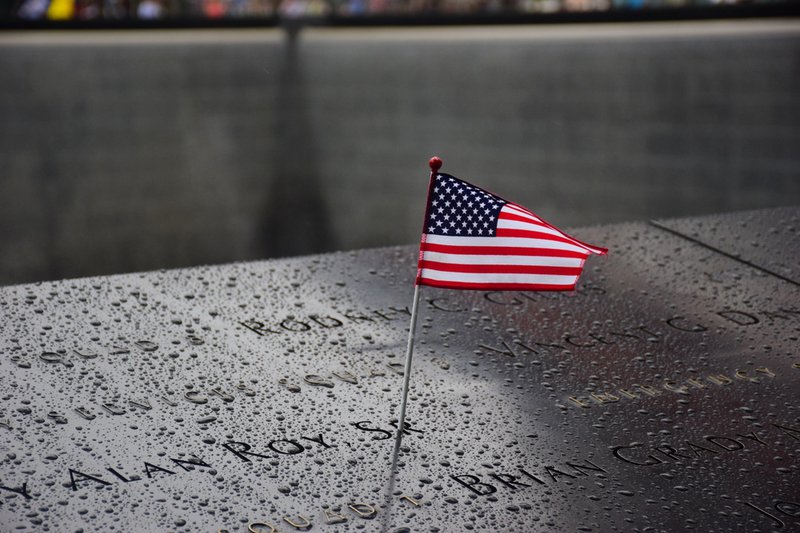 Last Friday, after an explosion on a London Underground train that day injured at least 20 people, President Donald Trump took to Twitter in a profoundly unhelpful tweet—though it did contain a kernel of truth about the current era of terrorism threats. “… The internet is their main recruitment tool,” Trump wrote, before ending with the unintelligible recommendation that “we must cut off & use better!” Of course, the internet is far from the only tool terrorists use to recruit, but the ease of its use is just one of many ways that the landscape of threats has shifted in the past decade. Meanwhile, jumping to conclusions like blocking the internet (or whatever “cut off” the internet might actually mean) may not only be off-base, but also counterproductive.

Counterterrorism policy has changed considerably in the 16 years since 9/11, but so have threats of terrorism. The safe havens of Afghanistan and Pakistan have now been expanded to Syria and Libya—next might be the Philippines, or some other target of opportunity that groups like ISIS can seize, where governance and community resilience are lacking, or where fighters can cross borders from safe countries to safe havens or from one safe haven to another. Notably, increasing digital capabilities have made recruitment and radicalization possible anywhere in the world—and faster than ever before.

So, as terrorism evolves, our approach to combating it must also change. Looking ahead, counterterrorism policy must continue to broaden beyond waging war to also include—as central tenets of policy—continuing to cut off the financing of terrorism, increasing the sharing of information across agencies and among foreign partners, and significantly enhancing efforts to prevent radicalization.

A more recent turning point in policies to address jihadist threats was the unanimous passage of UN Security Council Resolution 2178 in September of 2014. This resolution built on previous approaches to countering terrorism in a few ways. For one, it urged broadening legal frameworks within home countries, such as by criminalizing receiving terrorism training, in the event prosecutors were more likely to have evidence that a suspect was trained, rather than that the person actually committed a terrorist attack. It also encouraged sharing the identities of suspected terrorists with other countries to prevent suspected terrorists from crossing borders. The resolution also called on countries to counter terrorist propaganda and build community resilience so that terrorist movements would be denied safe haven in another country—or its virtual equivalent.

Progress toward implementing these measures has largely been positive. At least 45 countries have broadened legislation to respond to the new challenge. European officials have approved practices to glean more information from air travelers and share it among EU countries, and 400 percent more countries now pass information to INTERPOL on foreign fighters that can be shared with partner countries. Moreover, new global efforts to build capacity and share practices to prevent radicalization and recruitment to violence have launched–and these measures are in addition to more traditional counterterrorism measures, such as almost 25,000 airstrikes that have contributed to depriving ISIS of around 78 percent of its territory in Iraq, 58 percent of its territory in Syria, and as many as 70,000 of its fighters.

Yet some of the trends that led to these policy developments—such as terrorist use of the internet—have only continued to evolve, suggesting that our approaches must be further developed in order to effectively respond to rapidly changing threats.

One overarching challenge to improving counterterrorism tactics is that much of the policy revolution in the last few years has been a revolution in speech or in structure, but only rarely in funding or action, let alone in evaluation to assess what even works. What progress we have seen has been despite significant challenges, which we must recognize if we are to move forward.

For example, consider the challenge of sharing information on foreign fighters. Providing this information to INTERPOL may involve reducing sensitive data (e.g., intelligence derived from a war zone) to only what is appropriate for law enforcement and also may reasonably be assumed to fall into the hands of any INTERPOL member, including Russia, who could misuse information provided by the U.S. or other sources. Similarly, European information sharing had long been delayed because it requires collecting and holding information on EU citizens—a stretch for civil liberties based on historical European norms—and it had only been approved after the attacks in Paris in November of 2015. These challenges highlight that encouraging trust among global partners is paramount, that bilateral exchanges of information are still critical for sensitive issues, and that both civil liberties and intelligence concerns must be represented throughout the policy process.

Similarly, many efforts to counter terrorist propaganda and the use of the internet have been announced but have yet to achieve much progress. In the United States, it was only this past June that the government released its first-ever domestic grants for these purposes. Meanwhile, Secretary of State Rex Tillerson is unsure of whether he will even allow the State Department to spend its resources for that mission. Clearly, expecting strong results any time soon would be premature.

Also recently announced was a forum of internet companies for cooperation against terrorism. This is welcomed, given that the government lacks the ability to counter some terrorist messaging, either through lack of credibility or adherence to civil liberties concerns, and the private sector is more adept at using data and advanced tools at its disposal, such as “micro-targeting” specific messages to individuals.

Despite some recent progress, there is no natural incentive for commercial companies to invest in countering terrorist propaganda, and investment in such efforts to date has been small. Much of the praise people have heaped on internet companies has not been for what companies have supported, but in what they have blocked. Twitter, for example, has blocked over 600,000 accounts for violating their terms of service based on support for terrorism; other companies have been asked to remove offensive content. Some governments, notably European, refer suspected terms of use violations to internet companies to speed along the process. Whether this is good policy requires further research. Many law enforcement and intelligence practitioners may argue that blocking platforms, content, and users may exacerbate the problem, as it removes the very source that could counter the threat—imagine a Twitter account that is an undercover officer, or the traffic to a site being tracked to uncover a plot. On the flip side, though, Twitter, YouTube, and other platforms are critical to groups’ coordinating and proselytizing efforts. Weighing the cost and benefit of removing online content would require an incredible investment in data and time, and much of the evidence to glean what prevents radicalization and terrorist coordination versus what prevents the disruption of a terrorist plot would be classified.

Evaluating the effectiveness of approaches to these complex issues is an ongoing weakness. A policy that eliminates a threat may exacerbate radicalization in the long run, or it may be cost ineffective. In other circumstances, small pots of funding for programs lack the additional funding to measure effectiveness, which can become costly due to the data and labor associated with program evaluation. As such, policies may have unintended consequences that exacerbate the problem, and scarce resources may be squandered on ineffective methods.

Further, these challenges are no longer limited to the narrow set of countries that played a pivotal role following 9/11; terrorism has truly become a global challenge. Over 40,000 foreign fighters from 120 countries traveled to Iraq and Syria to fight with ISIS—some of whom have already returned home and committed attacks, while others might return home and endanger their communities or reintegrate peacefully. Many countries dealing with this challenge, or those targeted by ISIS, lack the law enforcement infrastructure to arrest and prosecute all foreign fighters, and much of the evidence around a suspect’s wrongdoing may be hidden in sensitive intelligence channels, if it exists at all. Standard law enforcement can counter these threats, but it is not a perfect system; policymakers must consider how to reintegrate returning fighters they will not prosecute, and must invest much more in preventing radicalization in the first place.

Sixteen years after 9/11, as a recent New America study notes, the threat of jihadist terrorism is global, new resources on which extremists rely are virtual, and groups like Al-Qaeda and ISIS are resilient. On the policy front, it will be critical to continue sharing information within and among governments, sizably increase prevention efforts that can disrupt radicalization, and assess the effectiveness of counterterrorism initiatives. Policymakers will have to adapt at a faster rate than they have done in previous eras and prepare for the next threat—rather than wait for the next attack to motivate a new priority.