The Elusive Promise of a Gender-Inclusive Security Strategy 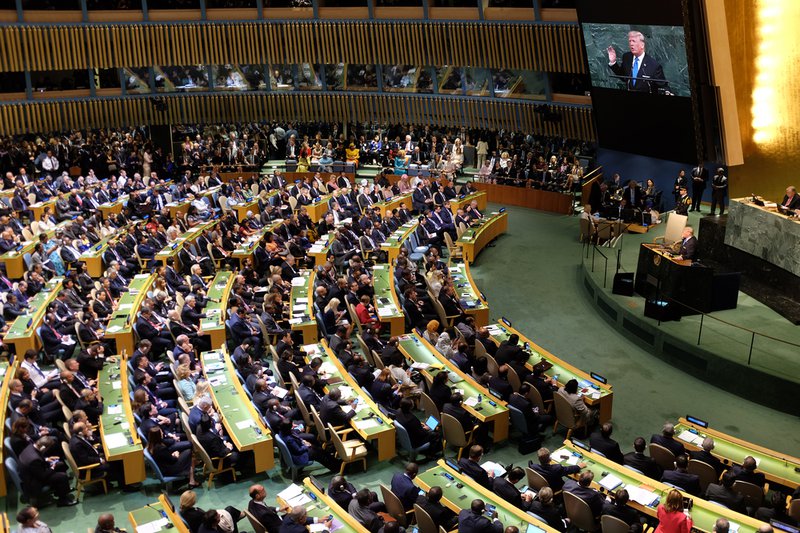 In December 2018, at the conservative think tank the Heritage Foundation, National Security Advisor of the United States John Bolton unveiled the United States’ strategy for Africa. More specifically, in the strategy, Bolton touted a commitment to countering the threat of violent extremism and conflict in Africa. In light of this avowed interest in security in Africa, it’s crucial, too, to consider in this effort the particular role of women, who are integral to peace and security—very much including in Africa.

The good news is that, over a year ago, President Donald Trump signed the Women, Peace, and Security Act of 2017, a piece of bipartisan legislation that recognizes the important role that women play in building and sustaining peace. The act turned the United Nations’ Resolution 1325 on Women, Peace and Security, from 2000, into a national law—making the United States the first U.N. country to do so. One of the most important ambitions of the U.S. law was to create a new, government-wide strategy to increase the prominence of women in security and peace-building—due at the one-year anniversary of the the law’s passage.

The bad news is that the anniversary of the Women, Peace, and Security Act has now come and gone—and there’s still no visible sign of a strategy. More than just a missed deadline, this failure may have significant consequences for security on the international stage.

But before we go into long-term implications: What is the strategy supposed to entail?

In October, reached at her Foggy Bottom office, one State Department official with knowledge of the policy confirmed that the strategy is still being finalized, and she offered me a preview. The strategy, according to her, will make headway in a new era of gender inclusivity. The point of the strategy, she said, is to serve as a policy tool that, through agency adoption, will eventually influence the way the United States engages in conflict prevention and counterterrorism efforts.

“Despite growing global recognition that women are essential in bringing about lasting peace and security,” she explained, “there’s a global gap in formal policies that are designed to integrate and empower women in leadership.” That may sound like rhetoric, but this official said otherwise. “We all know women have a voice—this isn’t about ‘giving them a voice.’ It’s about supporting an enabling environment and turning that environment into influence.”

And yet, the thinking behind the Women, Peace, and Security strategy was nowhere to be seen in Bolton’s recent grand Africa strategy—and it should’ve been.

Africa, according to the Council on Foreign Relations’ Global Conflict Tracker, has the highest number of conflicts today, particularly in the Sahel region; for this reason, it’d be an opportune place to start implementing the proposed strategy. As Jamille Bigio of the Council on Foreign Relations notes, extremist groups use women to their benefit, recruiting them as facilitators, martyrs, recruiters, and informants. Erin Marie Saltman and Melanie Smith of the Institute for Strategic Dialogue point out that terrorist groups such as al-Qaeda and al-Shabab use sexual violence to terrorize groups into submission, while the Islamic State forces women into marriage and uses them as currency for ransom payments. And according to Karima Bennoune, who analyzed 26 countries throughout the Middle East, North Africa, and Asia, women are more likely to be early victims of extremism than men. (Importantly, while subjugating women is a mechanism for extremist recruitment, women also join for a range of reasons, including freedom and access to resources that would otherwise be unavailable to them.)

Furthermore, trend lines in Africa’s Sahel mean that the confluence of resource scarcity and climate change will exacerbate violent extremist threats in the region. Parts of Ethiopia, Nigeria, Djibouti, and Ethiopia face conflicts spurred by the merger of Islamist factions—a situation made exponentially tougher for women against the backdrop of climate change and resource insecurity. The United Nations, for instance, estimates that 85 percent of the individuals displaced by climate change are women.

Having more women involved in Bolton’s strategy would be significant, in part because it’d make us pay more attention to how gender can affect people’s experiences with conflict. As my colleague Elizabeth Weingarten wrote last year, “This isn’t just for reasons of social justice and gender equality—it’s also because research shows that gender inclusion and equality are linked to more durable peace processes and greater security overall.” Of course, merely having more women involved in the policymaking process isn’t a substitute for thoughtful, rigorous gender analysis: Weingarten and Anne-Marie Slaughter have noted before, for instance, that though Germany has a National Action Plan and a strong female chancellor, many of its refugee camps failed to consider the implications of not having gender-specific toilets for Muslim women.

That’s not to suggest that there haven’t been meaningful strides in the right direction. Last year, Cori Fleser, U.S. Africa Command’s (AFRICOM) gender advisor, launched a tool to help “measure progress in advancing women, peace, and security” and to promote how women influence security in the region. Fleser’s tool aims to fuel interagency cooperation by gathering open-source data from organizations like the U.N. and World Health Organization to measure AFRICOM’s progress in incorporating women in security operations.

Still, more ought to be done. African security—and, more broadly, security in any place facing conflict—requires the active participation of women and systematic ways to support their work once they’re at the table. It’s past time that U.S. policy explicitly acknowledge that. The Women, Peace, and Security strategy is a key way to do that—if the administration ever implements it.