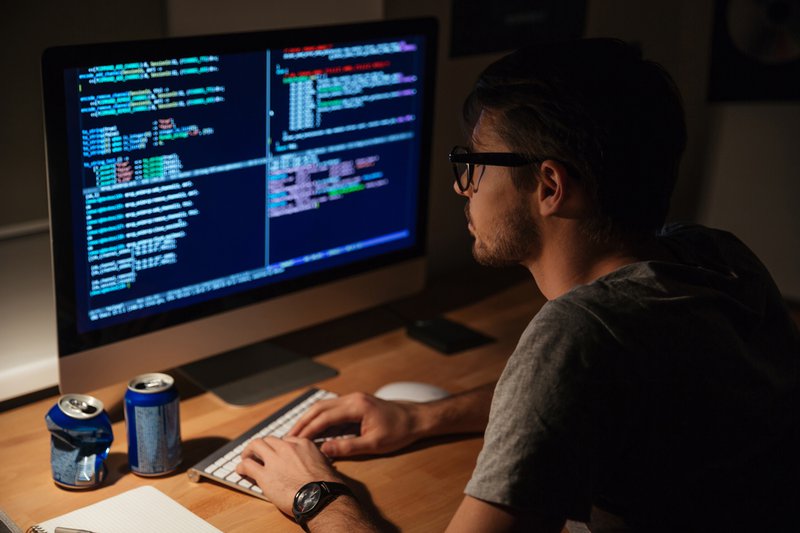 Imhotep was the chief advisor and vizier to Djoser, the ancient Egyptian Pharaoh who ruled circa 2670 BC. Imhotep was also Djoser’s architect, engineer, physician, craftsman, and high priest. Basically, Imhotep was a big nerd. Born a commoner, he rose to prominence by churning his own intellect into medical texts and the Step Pyramid of Djoser, which led to his deification centuries later. Imhotep was the ancient equivalent of a technologist, and he was able to revolutionize ancient medicine and architecture because his pharaoh took him seriously and recognized his value.

This past Tuesday, approximately 4,600 years after Imhotep started showing off, a group of scholars, lobbyists, and technologists gathered at New America to discuss how to “Bring the Nerds” to Capitol Hill to resolve the general lack of technology literacy amongst congressional members and staff. Congress is notoriously struggling to modernize its internal technologies, not just in terms of email and productivity software, but also in terms of constituent outreach. As Representative Cathy McMorris Rodgers, Chair of the House Republican Conference, commented last year, “People expect high-quality, on-demand deliverables in a world that is now digital, mobile, personal, digital, and virtual. This means tax reform shouldn’t take 20 years and answering a constituent letter shouldn’t take three weeks.” On the policy side, technology literacy has informed and curtailed debates on encryption and net neutrality—hard to forget Senator Ted Stevens’ the internet is “a series of tubes” comment, which was well-intentioned, but off the mark.

If Congress hopes to facilitate commerce and innovation, its members have to understand how technology works presently, and where it’s heading in the future. But how does a slow governing body respond to something that moves quickly? Telling policymakers to focus on key principles and outcomes doesn’t seem to be enough—those principles can’t be defined if the fundamentals of a technology problem are not understood by members and their staff. It’s why many argue we need more nerds on Capitol Hill, not polymaths like Imhotep, but computer and data citizen scientists. In other words: Congress needs more nerds.

Lorelei Kelly, a Research Fellow in New America’s Open Technology Institute and one of the event’s panelists, is a big advocate for bringing the nerds. She believes we need more technologists, and staff generally, on Capitol Hill, a point that’s also been articulated by New America’s Lee Drutman. Kelly contends that, since 1995, there’s been a brain drain on the Hill, a lobotomy initiated by then-Speaker Gingrich that’s decreased the Congressional Research Service’s capability to objectively research legislation and empowered lobbyists who fill the expertise gap. External academics and think tanks have also filled the knowledge gap, and while programs like Dartmouth’s Policy Research Shop and Arizona State University’s Decision Theater have developed innovative ways of providing Congress objective research, they often lack the in-house expertise on how to navigate within the Hill. Kelly wants Congress to be the canonical source for open and objective data research, but it can’t be that with its current resources. “How many people watch House of Cards?” Kelly asked the audience, following with, “Congress is not organized enough to be awful.”

The panelists with Hill experience also cited a general trepidation amongst members and staff when dealing with technology policy. Meg King, Director of the Digital Futures Project at the Wilson Center, and a former House committee staffer, said that no one wants to admit their knowledge gaps on any issue, especially complex ones, to the public or even in front of colleagues. “No one wants to end up on The Daily Show...or now John Oliver,” remarked Tim Lordan, Executive Director of the Internet Education Foundation. “Members of Congress quickly realize you have to put on your big-boy/big-girl pants if you’re really going to play on the Internet...you can go into those forums and get eviscerated,” said Laurent Crenshaw, Director of Public Policy for Yelp and Congressman Darrell Issa’s former legislative director. Crenshaw added that an oft-used phrase on Capitol Hill is, “I’m trying to get up to speed on an issue.” Quick news cycles make the political window of opportunity for legislation narrow, and staff generally have three to five days to ‘get up to speed’ in order to take advantage of that window and beat other members with similar legislation. The need for speed means staff turn to lobbyists to learn the fundamentals of an issue quickly, the implication there being that you have to be known beforehand in order to be called. Influence on the Hill is a long game.

Far better, though, would be if staff members who themselves draft technology legislation were experts on an issue. At the very least, though, they need to have a fundamental understanding. Moderator Christian Dawson, Executive Director of the i2Coalition and former owner of a small cloud company, mentioned when he was first advocating for policy on the Hill, “People didn’t know that our part of the industry existed.” But to be fair, a member of the audience, who is the CEO at an IT infrastructure consulting firm, remarked, “You would be stunned how many CEOs of data center-hosting companies and telecommunications companies don’t even understand the basics of how their own industry works.”

Some of the panelists were skeptical of Kelly’s approach. It’s politically infeasible for legislators now to increase government’s size, in particular that of their own staffs. And there may be something to be said for Congress being lean—throwing more bureaucratic resources can often make government more bloated, not less. Lordan believes we can get Congress to more responsively and responsibly work on technology policy if we connect the issue to members’ constituents. Crenshaw cited the public outcry over SOPA, where seven million constituents contacted their members in one day, as a good example of the hook that gets Congress to productively address technology policy. Congress, in other words, can’t be viewed solely through an analytical lens, which is to say that some organizational change won’t necessarily beget better technology policy. Congress is inherently political, hardly thoughtful and deliberative, and generally needs political incentive to act.

But Kelly offered some hope that went beyond increasing staff sizes and incentivizing technologists to work on the Hill. If we can’t change Congress by bringing nerds, we can leverage technology to disrupt how Congress crafts legislation and deliberates. Kelly offered a list of hypothetical disruptions: virtual witnesses at hearings, amicus briefs curated from the public, legislation edits from the public (like Congressman Issa’s Madison Platform), live question submission from residents in member’s districts, committee-hosted hackathons, open data intermediaries, and co-locating knowledge expertise for political competitive advantage, to break away from the Beltway thought leaders that are always sought. These solutions would surely change the dynamics on the Hill, and make democracy more direct. But is that the goal here? Knowing how to live Tweet and being familiar with using technology doesn’t mean you get the policy implications of net neutrality, for example. Do we need nerds to make Congress more capable, more knowledgeable, or all of the above?

One last solution might be to break out of the trope that government and entrepreneurs’ methods are incompatible (this has also been championed by Drutman). Silicon Valley types who claim government is too slow and stupid and government officials who fear monger that technological disruption is awful are probably doing more harm than good. There was a time even after Imhotep when government and technologists worked in sync.

At the end of the event, Lordan reminded the panel that we’re in a golden age of knowledge accessibility. We have more information at our fingertips than ever before, and the Internet is only 20 years old. Historians estimate it took ten to fifteen years to build the Pyramid of Djoser. Imhotep was a big nerd, but he didn’t change Egypt fundamentally overnight. If we’re ambitiously optimistic about the Internet’s potential, then let’s keep in mind that it’s early days still. Congress will get where they need to be eventually, and with a few nerds, it might happen sooner than we’d expect.