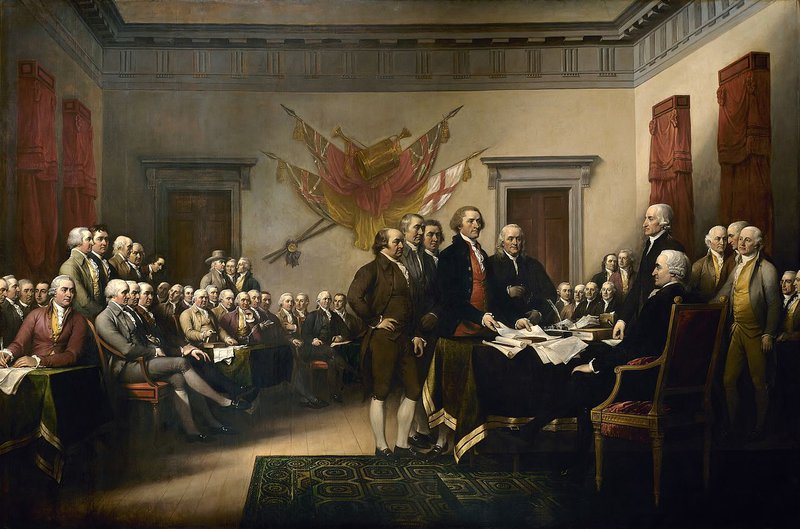 Architect of the Capitol / Public Domain

For de Tocqueville, America was the perfect exemplification of people coming together to establish a country around a shared vision of democracy. In his observations, the French thinker highlighted everything that made America an exceptional example of a stable and successful democracy: the way in which government and institutions were structured; the centrality of associations to civic life that stayed strong while leaving individualism secure; and a slew of other elements. In short, despite its flaws, what made American democracy so great was that was understood that it was just that: a democracy.

But America’s understanding of democracy is one thing. Americans’ understandings of democracy are another thing entirely. For while we like to think about democracy as a value on which all Americans, regardless of political persuasion, agree, politics today is divided not just along ideological lines, but also in terms of visions of democracy.

In Democracy at Crossroads: How the One Percent is Silencing our Voices, a report released by the Democracy Initiative Education Fund, voting expert Tova Wang explains how some of the efforts across the states to limit the right to organize and the right to vote while at the same time letting money continue to dominate state politics are not isolated incidents. They are part of a concerted effort and strategic agenda to challenge the idea of democracy in America. For Wang, “carefully targeted voter photo ID laws that disproportionately affect working Americans, communities of color, and young people,” as well as the elimination of “restrictions on special interest campaign spending, and reduced disclosure of sources,” and laws passed by state legislatures that compromise workers’ ability to organize and to bargain collectively, are just a few examples of these collective efforts to undermine democratic progress.

At a recent event at New America, Wang was joined by journalist Zachary Roth, former SEIU Secretary-Treasurer Anna Burger, and Marcia Johnson-Blanco from the Lawyers Committee for Civil Rights under Law for a conversation about the challenges that American democracy faces today and how addressing these challenges requires a cohesive response, not one divided across issues. This agenda should seek to not only secure but also advance rights under American democracy, should be one that recognizes the connection between voting, labor, and other rights, and how they ought to be advanced together.

It shouldn’t come as a surprise that today not all Americans agree that America is a (representative) democracy. The number of Americans who don’t trust the government to do what is right is at an all-time high. Nearly half of Americans say that voter fraud occurs at least somewhat often. Civil society engagement is changing; membership organizations are fighting to keep the low numbers they have, and churches having to become increasingly more adaptable to people’s views of spirituality.

And so America’s understanding of democracy now, in order to be legitimate, must be robust enough to include Americans’ changing understandings and expectations, too, even if it cannot cater to all of them.

A cohesive vision American democracy for the long term ought acknowledge that there are different levels of power and influence, and understand how different actors fit into that frame. For Burger, a sustainable vision of American democracy, one that is long-term and cohesive, “takes into account the rapid changes that are taking place, not only in the realm of politics—with a coming realignment—but also in the economy (with automation being increasingly more ubiquitous), demographics (and not just different ethnicities, but different age groups), the environment,” and much more.

Acknowledging that there is a problem with American democracy doesn’t mean that all is doomed. It does not mean that things are bad and are only going to get worse. We tend to take progress for granted, forgetting that on many issues, such as civil rights, it was hard won.

Labor, civil rights, voting rights, environmental, good government, and other like-minded organizations with diverse memberships are rising up against the steadily increasing concentration of American political power, and building a response that can strengthen and broaden American democracy. But we should not make it so strong that we forget how weak it can become.

It is time we remove the word democracy from a pedestal. Just like all other American values, it is up for discussion. How do we understand democracy as a value? What does it mean for a society to be democratic in a period of change, where people are increasingly more connected, and where the gig economy becomes the norm rather than the exception in American’s relationship with work?

How can we re-imagine democracy and what it means for people to participate in meaningful ways without pivoting people against each other? How can American democracy evolve to serve a country that has grown and changed since de Tocqueville wrote about democracy in America?

As the Frenchman himself once said: “The political world is changing; henceforth one must seek new remedies for new ills.”