Crying Wolf on Waste, Fraud, and Abuse for Low-Income Americans 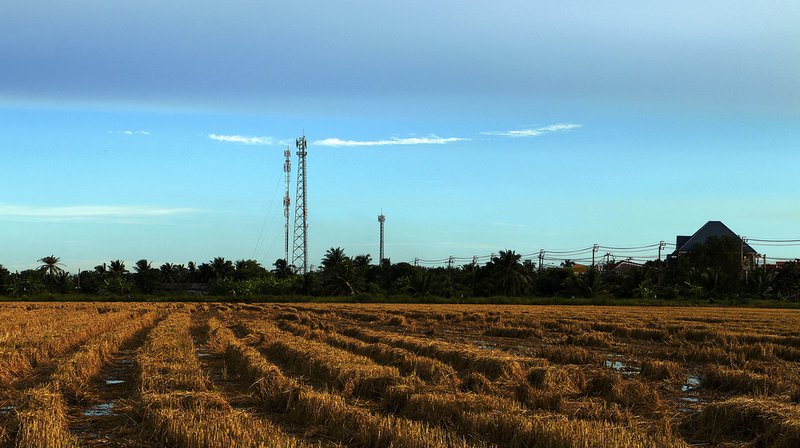 Over the past couple of weeks, Lifeline, the Federal Communication Commission’s program that was launched last year to bring millions of Americans online, has hit a snag. While the program was a crucial step toward providing low-income Americans with internet access, it’s also become the target of uproarious criticism. The reason? A Government Accountability Office (GAO) study recently reported waste and fraud in Lifeline, and the immense backlash even prompted two Congressional hearings on the matter, both of which largely served as opportunities for senators to publicly tear into the program for alleged “waste, fraud, and abuse.”

Thing is, these claims are based on outdated data, given that the FCC has implemented several significant and targeted reforms to root out fraud in the time since the agency collected its data. Lifeline, which began as a phone subsidy program, now allows participating carriers to apply a subsidy toward home broadband service; put another way, it offers qualifying families and individuals access to the many opportunities that require internet connectivity in 2017—even if they can’t afford access on their own. It’s therefore important to investigate how these attacks threaten to undermine a program that offers a crucial service to low-income Americans.

The most dangerous aspect of these renewed attacks on Lifeline is that they’ve catalyzed questions from senators over the very need for the broadband subsidy. This cynicism, based on a largely unfounded allegation of “waste, fraud, and abuse,” plays ball with the well-being of millions of Americans who could use internet access to improve their lives. The internet has become central to Americans’ day-to-day: We use it to find jobs; to work from home; to read the news; to access government, health, and financial services; to shop online; to sell our own products or start small businesses; and, crucially, to communicate with friends and family. Internet access empowers Americans from all across the country to use the services necessary for chasing the economic and individual prosperity that this country supposedly offers to all of its citizens. Forty-three percent of non-broadband users said that a lack of internet access is a “major disadvantage” in finding out about job opportunities or gaining new skills, and 40 percent responded that lack of internet access is a “major disadvantage” in learning about or accessing government services.

This persistent lack of access has created what researchers have dubbed the “digital divide.”

Internet adoption rates are stuck in a vicious cycle: The internet has the ability to bring economic opportunity and success to low-income Americans, but those consumers are the least likely to afford internet connections at home and, in turn, take advantage of that opportunity. Only 53 percent of Americans who make $30,000 or less annually have broadband internet access at home, and 43 percent of the country’s poorest households report that they can’t afford the service. That divide is even more drastic for communities of color—51 percent of Hispanics and 50 percent of black Americans who make less than $20,000 annually have some form of home internet, compared to 58 percent of whites in the same group.

Yet a lack of internet access not only harms Americans’ ability to work; it also puts school children at a distinct disadvantage. Seventy percent of teachers assign their students homework that require the internet. However, a Pew Research Center analysis found that 5 million households with school-age children don’t have high-speed internet service at home, and that low-income households make up a disproportionately large percentage of that number. The New York Times recently profiled children in several counties from California to Alabama who rely on free Wi-Fi from school buses to complete their homework because they have no access at home.

These challenges were the motivation behind the FCC’s 2016 reforms to the Lifeline program, which has provided a subsidy for phone service since 1985. Americans who qualify for federal assistance programs such as Medicaid and the Supplemental Nutrition Assistance Program also qualify for the Lifeline subsidy, which is currently $9.25 per month per household.

Since that landmark update, though, Lifeline has been under persistent attacks that are aimed at crippling the program. In February, FCC Chairman Ajit Pai blocked nine companies, all of which had previously been granted the ability to provide Lifeline broadband service under the prior chairman, from offering broadband service through the program. At the time, the FCC said it wanted to take time to weed out “waste, fraud, and abuse.” A month later, Pai said he was pausing the expansion of Lifeline’s broadband offerings to allow states to take control of oversight of the program—in direct contradiction to the 2016 Lifeline reforms. It was these attacks that culminated in the Government Accountability Office study.

The GAO reported that it was “unable to confirm whether about 1.2 million individuals of the 3.5 million it reviewed” participated in a qualifying benefit program as stated on their enrollment application for Lifeline. Sen. Claire McCaskill (D-Mo.) condemned what she called a “lack of oversight” upon the release of the report. Sen. Ron Johnson (R-Wis.) called the study’s results “staggering.” Crucially, the GAO report didn’t actively determine that those individuals were ineligible.

The attacks citing “waste, fraud, and abuse” aren’t new to the program, and they’ve always painted Lifeline subscribers as fraudsters attempting to steal from a government program through duplicate applications and enrollments or multiple enrollments for a single address.

“There’s a tendency to wage war on the poor, to demonize and make assumptions about Lifeline recipients,” Jessica González, deputy director and senior counsel at public interest group Free Press, told the Senate Commerce Committee on Sept. 6. González herself was a Lifeline recipient and credits the program with allowing her to communicate with her law school’s financial aid offices before enrolling. She added that the “fraud” narrative “dehumanizes people to undermine a program that we should all be proud of, and working to improve.”

And, insinuations aside, there’s a gaping problem with the report: the GAO conducted its research before the FCC finished implementing reforms to the verification process, including a series of reforms in 2012 and the establishment of a third-party National Eligibility Verifier in 2016.

Before the establishment of the national verifier—which is still being set up—the phone companies were responsible for determining a potential customer’s eligibility, a situation that former FCC Chairman Tom Wheeler likened to “a fox guarding the hen house.” The verifier is on course to launch in 2018—both on time and on budget, according to Acting Chief Executive Officer and General Counsel of the Universal Service Administrative Company, Vickie Robinson. She told senators at a Sept. 14 hearing that USAC, which administers Lifeline, believes the verifier will be a “great tool.”

Still, senators questioned the need for Lifeline at all. The senators argued that many Lifeline subscribers would have bought telecommunications services even without the subsidy, which misses the purpose of the program. Lifeline’s goal is to ensure that low-income families don’t have to strain their already razor-thin budgets to gain the same crucial communications services (and the opportunities that go with them) as the rest of the country.

Weakening the Lifeline program poises the vicious cycle of wealth and opportunity disparity to be passed onto the next generation—and potentially beyond. We shouldn’t allow that to happen.