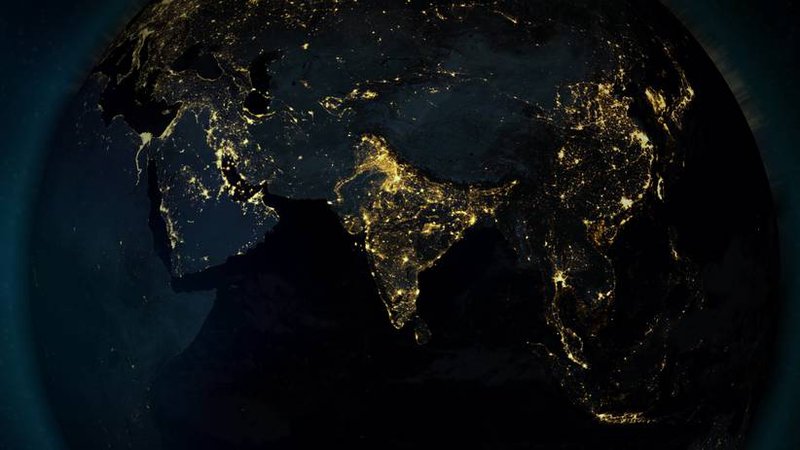 The past decade has seen a staggering decline around the world in digital freedom, as the human rights nonprofit Freedom House underscored in a report last year. China has largely taken center stage in this decline narrative, thanks to tools like its social-credit system and facial-recognition technology, which allow the country to shrink personal freedoms, especially those of ethnic minorities in Xinjiang. Not to be left behind, Russia also has recently announced its plan to “unplug” the country from the internet. And in March, Russian President Vladimir Putin signed a “fake news” law that will severely limit online speech for its citizens.

But while observers have kept a steady eye on these admittedly unsurprising curbs on digital rights in countries like China and Russia, an overlooked method of digital repression—internet shutdowns—is most rampant not in an authoritarian regime, but in the world’s largest democracy: India.

According to a Software Freedom Law Center tracker, there have been more than 300 reported shutdowns in India over the last six years. (And these are just the incidents that have been reported; it’s likely that there have been more.) This data point makes India the leading country for internet shutdowns globally, even surpassing countries like Iraq, Syria, Pakistan, and the Democratic Republic of Congo. More soberingly, it questions the prevailing assumption that digital authoritarianism is only a problem in authoritarian countries.

First, though, it’s important to understand what, exactly, an internet shutdown is. Per the international nonprofit AccessNow.org, an internet shutdown “happens when someone—usually a government—intentionally disrupts the internet or mobile apps to control what people say or do.” Put another way, these shutdowns—or “blackouts” or “kill switches”—represent an extreme form of network control and government censorship of a country’s own population.

Some of the earliest and most prominent cases of internet shutdowns across the planet arose during explosive political events. In 2005, Nepal shut down its entire telecommunications network during a coup d’état. In 2011, Egypt witnessed shutdowns in the thick of the Arab Spring protests. And in India, some of the first reported cases of shutdowns occurred in the conflict-torn regions of Jammu and Kashmir, where mobile services were jammed as a security measure prior to Republic Day celebrations in January 2010.

But it’s been since 2012 that regional governments in India have really ramped up their efforts to rein in the digital freedoms increasingly fueled by technology. This has stemmed at least in part from the number of internet users surging to more than 100 million, with many first-time users, especially users of mobile internet, quickly picking up on its potential as a source of information. In this light, the rapid increase in the number of shutdowns in India over the last several years speaks to a deeper state desire to exercise control over a medium that has dramatically increased citizens’ connectivity and access to information within and beyond the country’s borders.

More broadly still, the shutdowns point to the fact that democracies and hybrid regimes—the latter of which feature elements of both democratic and autocratic governments—aren’t immune to internet blackouts. In 2017 alone, India accounted for some 70 percent of shutdowns globally, and this phenomenon has had corrosive effects on Indian society.

The government metes out shutdowns via executive orders and decrees (sometimes issued verbally), which local or regional authorities initiate. This legal maneuvering is often directed at telecoms companies, and administrators see it as a quick fix (even preemptively) to what they deem a law-and-order or national security issue. Importantly, the government also grounds it shutdown authority by referencing the Indian Telegraph Act of 1885, a statutory relic from the colonial era. While initially intended to regulate India’s telegraph system, over the decades it has been expanded to encompass the entire sphere of telecoms, and it now includes a provision to impose “curfews” for both physical and online spaces in the event of an emergency. Further, in 2017, the state introduced the Internet Shutdown Rules, which grant regional and federal governments temporary suspension powers for mobile services during emergencies.

As mentioned above, these shutdowns are sometimes justified on the grounds of security. This was true for shutdowns in Kashmir in the wake of violent protests after the death of a separatist leader, Burhan Wani, in 2016, and in Gujarat that same year following civil agitation over affirmative action quotas on education and public jobs.

But too often, flimsy or rash reasoning guides the decision to trigger a shutdown, as was the case with several incidents in Rajasthan last year to prevent cheating on examinations. In terms of the proportionality principle under international law—which, in this particular case, means that any restriction on internet access must also be the “least intrusive instrument”—these irresponsible kill-switch responses reveal regional governments’ penchant for overreaction, rather than a willingness to reasonably deal with an issue.

This disproportionate state response matters because it can come with costs, both social and economic. Observers can see the former because misused internet shutdowns can affect individuals’ ability to express even unpopular opinions freely—a right enshrined in the 1948 Universal Declaration of Human Rights and reaffirmed in a 2012 Human Rights Council declaration, which extended protections to both offline and online spaces.

Consider how, in September 2012, after a viral video began to anger Muslims in the Kashmir Valley, the regional government of Jammu and Kashmir ordered telecoms companies to restrict access to YouTube and Facebook there. But the telecoms operators chose to over-comply, and they disrupted access to the entire internet, rather than to specific websites. While done for the sake of security—protests erupted as the video circulated—it isn’t a stretch to see how this overly broad latitude could be used to censor any opinion perceived as unpopular.

As for the economic cost, a recent study on shutdowns in India—conducted by the think tank ICRIER—finds that, between 2012 and 2017, 16,315 shutdown hours cost the country’s economy some US$3.04 billion. This is hardly ideal for a country that yearns to cement its place as a major power on the international stage.

On top of that, a shutdown goes directly against the government’s Digital India initiative, which attempts to promote a cashless economy. This is because a cornerstone of the e-commerce industry is access to open and reliable internet. (Notably, an Indian ride-hailing operator, Ola Cabs, has created an “offline” variation of its app for areas that experience intermittent internet connectivity.)

While India’s internet shutdowns may not be the worst instances of the phenomenon, the blackouts there raise concerns about where the country might be going in the years ahead. As the government looks to expand pre-existing telecoms regulation, it’s prudent to ask whether it will eventually craft internet-specific legislation, as well as what that legislation may look like. After all, India’s dalliance with regulations that seek to control the free flow of information online doesn’t seem to be ending with shutdowns. Recently, it floated a new set of intermediary guideline rules that look to curb the misuse of social-media platforms and the spread of fake news. A February New York Times report called this a “Chinese-style” internet censorship approach. More than ever, it’s become increasingly clear that this sort of “networked authoritarianism” is on display in India.

Indeed, though India may be an outlier among the usual shutdown suspects, it may also offer a crucial warning of how blackouts can occur in other fragile and hybrid democratic regimes.