The Cost in Care of High Cost Housing 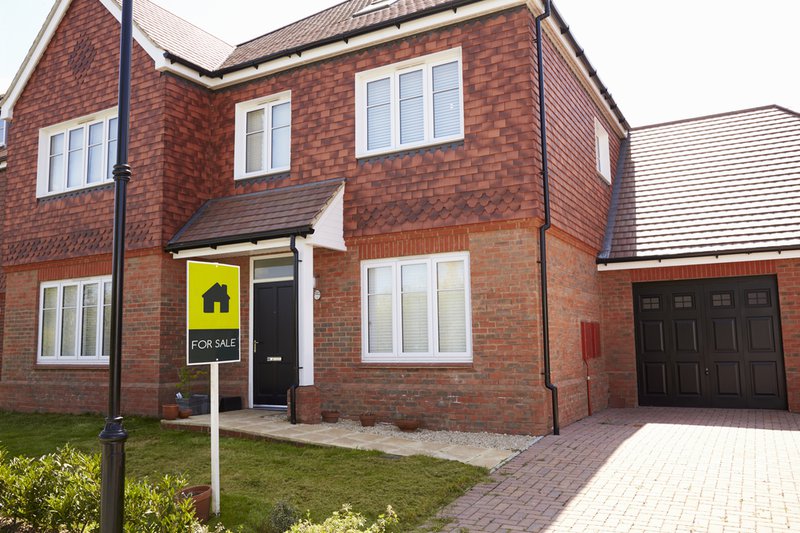 Tanisha West, 26, loves her job as an instructional assistant at an Oakland preschool but tries not to think too hard about the future. By day, she works alongside a preschool teacher, leading lessons and activities for a class of 24. By evening, she’s at home in a living situation she knows can only be temporary. With Bay Area rents so out of reach, West and her fiancé are living with his parents while searching for subsidized housing.

So far, she was fortunate enough to land on two affordable housing waitlists—her low wages leave her eligible for subsidies. One apartment is 20 miles away in Fremont and the other 80 miles away in Sacramento, which would leave her with a two-hour morning commute.

“Sacramento is a stretch, but if they call me, I have no choice but to go,” she said. “Right now, all I can do is apply [for housing] and pray.”

The inability of teachers to afford housing in the Bay Area and other high-cost regions of California made headlines this year, especially during a seven-day teachers’ strike in Oakland Unified School District. But little attention has been paid to how this dynamic affects preschool and child care workers, an even lower-paid group of educators who, like West, struggle with skyrocketing rents. Their plight raises troubling questions: How many early educators will be forced from the region or their profession if housing costs continue to rise? For those who remain, what toll will the necessary sacrifices exact on them and the children in their care?

“We know that the majority of the early education workforce in our state earns below $15 an hour,” LaWanda Wesley, an administrator for Oakland Unified School District, told us recently. One report found the average Oakland apartment rent to be $2,854, which is more than the monthly income from a job that pays $15 an hour for 40 hours a week. “In a high-cost county like Alameda, specifically in Oakland, how are they to live?” In the meantime, Wesley said, they “are driving for Uber and Lyft and working second or third jobs. They are stressed.”

It’s more than just finding affordable housing; the stress can impact their care. Early childhood is a crucial time for learning and brain development, which depends on stable relationships with skilled teachers and caregivers, experts say. And research finds that the economic stress can impact teachers’ effectiveness in the classroom. California’s new Governor Gavin Newsom, a Democrat, made good on his promise for greater investment in young children and families this year, with new investments in early learning, K-12 education, and family support. But experts say the state needs to pay more attention to supporting the early learning workforce and, specifically, to increasing compensation.

“When early educators are experiencing high levels of economic stress and worry, it really interferes with their ability to be as present and focused as they want to be in their positions,” said Lea Austin, co-director of the Center for the Study of Childcare Employment at the University of California, Berkeley.

That kind of stress, combined with the low pay, can lead to higher staff turnover. A revolving door of early educators can hurt young children who depend on stable relationships with caring adults for their well-being and optimal development, Austin said, “One of the most important features of an early childhood program is a stable workforce.”

Oakland Unified School District has a stable preschool teacher workforce with many long-time teachers, said Christie Herrera, the district’s executive director of early learning. But she wonders about the future. What happens when those teachers, who may have purchased affordable homes decades ago, retire?

According to a housing affordability calculator by EdSource, an Oakland teacher would need to be mid-career, earning about $63,000, to afford even a moderately priced studio apartment (about $1,600 a month including utilities) in the Oakland-Fremont Metro Area. A first-year preschool teacher with a bachelor’s degree in Oakland earns $40,000, about 17 percent less than the district’s starting salary for a K-12 teacher. A recent study showed that in nearby Santa Clara County, rents for the typical home rose three times faster than median wages between 2010 and 2017.

“We are going to have an increasingly hard time finding teachers who want to live in the Bay Area,” Herrera predicted. “I’m in a rent-controlled building and working in central office, so that’s the only reason I can afford it.”

The National Academies of Sciences, Engineering, and Medicine 2018 report recommends that programs for children from birth to age 5 be publicly funded, like K-12 schools, which would help ensure livable teacher salaries. Experts say that the need for this kind of significant public investment is becoming even more acute as California’s housing crisis worsens.

“Now is the time to create opportunities for the young people who would gladly pursue a career in teaching our youngest children,” write Austin and her colleague Marcy Whitebook in the San Francisco Chronicle, “but only if it offers a pathway to the middle class rather than poverty.”

Roxana Ortiz, 29, is one of this new generation of teachers who will face increasing housing pressures if housing prices continue to climb. Ortiz is a full-time teacher at Saint Vincent’s Day Home in Oakland, a private center that receives state-subsidies for preschool and child care. She has three roommates, lives two cities over from where she works, yet “when it comes to meeting my basic needs, I’m living paycheck to paycheck.”

But she feels fortunate—a recently divorced homeowner needing roommates gave her a break on the rent, and for the first time in years, she has a safe and affordable place to live. Because she couldn’t be choosy in a tight housing market, Ortiz has in the past lived with roommates who made her uncomfortable, making it harder to focus on the “passion of teaching,” she said.

As much as she loves teaching preschool, she doesn’t see it as a viable long-term career. “I knew I wouldn’t be able to afford [to] take care of myself.” She plans to move on once she finishes her college degree.

Saint Vincent’s is fortunate to have a largely stable staff, said Executive Director Kate Shaheed. Many have 15 or more years of experience and can afford to stay, she said, because they’re “higher on the pay scale and maybe in more advantageous rental situations or they’re in a relationship and have a partner who makes more money.”

Losing teachers like Ortiz will likely become more common if housing and wages continue to diverge. Recruiting qualified new teachers will also be a challenge, Shaheed said. “It’s a huge issue” due to the housing costs.

“Learning to be a good preschool teacher is complex,” she continued. “It takes a lot of practice, a lot of feedback and coaching. It’s not something that you can walk off the street and do. [Yet] you could make more at Costco or bartending. It’s very hard for younger folks to enter the field.”

In the future, fewer young adults in the Bay Area may even consider early education as a viable career option. Experts say that without a livable wage, the field may lose its best and brightest to other pursuits in the Bay Area—or to regions with more affordable housing. A loss that they say will come at a high cost to the children living here.