The Continued Mis-Education of Black Americans 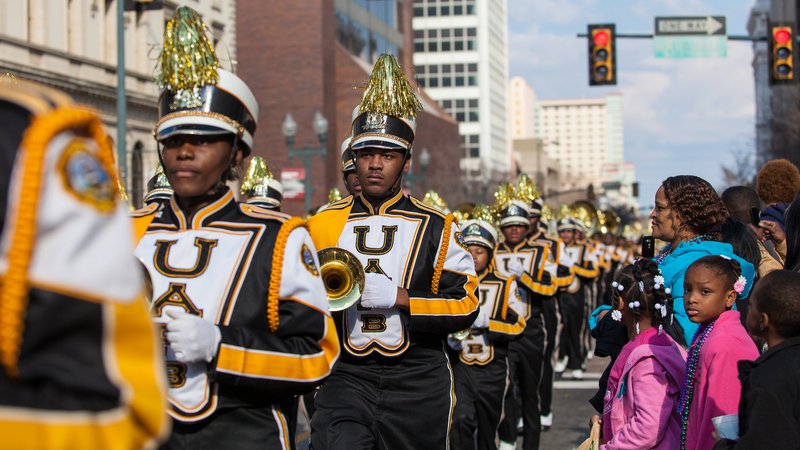 On Monday, Senator Tim Scott—a black Republican senator from South Carolina—spearheaded a meeting between leaders of historically black colleges and congressional Republicans and Secretary of Education Betsy DeVos to talk about the state of black education. And it’s easy to see why: Last month, Scott said that “education is the closest thing to magic in America.” In a sense, Scott’s statement isn’t wrong. Education has shown us time and time again that it can succeed in breaking old cycles of poverty, chains of discrimination, and limited opportunities for some of society’s most maligned and marginalized groups. But as exciting as this belief in education as a great equalizer is, it’s very often fleeting, just like magic.

In 1933, Carter Godwin Woodson, a historian of African-American history—as well as the founder of Black History Month—wrote The Mis-Education of the Negro. In it, Woodson reflected on the education that blacks received in American schools and universities, and whether it had led to positive changes for blacks as a broader group.

By and large, Woodson found that America’s education system didn’t—and wouldn’t—help black students. This was because, for Woodson, a “good” education was one that helped blacks overcome their unique circumstances as the children of formerly enslaved people, not one that reaffirmed and reinforced a status of inferiority. Woodson’s faith in education in America wasn’t very high then, and were he alive today, it probably wouldn’t be much more optimistic.

Education, and especially higher education, can serve many purposes. It can prepare students to become good citizens and equip the next generation of leaders and workers to make meaningful contributions to society and the workforce. But while there have been inroads made in increasing the number of blacks who obtain a college education, it’s far from enough. Blacks today still complete college at rates significantly lower than whites and other racial groups. And despite affirmative action and other efforts to increase the percentage of blacks who enroll in colleges and universities across the country, the number of blacks attending elite institutions hasn’t budged all that much. Educators, policymakers, advocates, and even students are concerned with how stubborn the racial gap in educational achievement has proven to be.

It may come as a surprise to see how little blacks have progressed over the span of 80 years. But that’s probably because we often limit our frame of reference to a decade or two, and not eight. While much has changed over the past 80-plus years—segregation has been largely abandoned and civil rights and inclusion have been increasingly embraced—our legacies of racial discrimination have clearly cut short black educational progress.

This may be hard to acknowledge (or recall) if we fail to set our clocks correctly.

Whether we begin a story at 1990 or 1940, 2000 or 1965, matters. That’s because included in this story will be how institutions and culture evolved (or didn’t) to secure access to educational opportunity—or “magic”—to individuals and groups. Time provides perspective, and the more time we examine, the more perspective on progress—and stagnation—we have.

Consider how after the US Supreme Court declared separate schools for blacks and whites unconstitutional in 1954, almost a decade would pass before the first black student, James Meredith, would enroll at the University of Mississippi. Meredith’s application was denied several times for no other reason than Mississippi’s insistence on remaining a segregated society. There were of course other schools Meredith could—and did—attend. Before enrolling at Ole Miss, Meredith was a student at the historically black Jackson State University. However, as was often the case, decades of segregated schooling would ensure that blacks received inferior education, resources, and support.

When the story of blacks’ educational opportunity is told, it’s often not done comprehensively. Imagine reading an autobiography that gives a historical account of the major events of a person’s life starting at the age of 25 and leaves out their childhood and adolescent years. It can only offer a portion (and not the totality) of that person’s historical journey through life. A consequence may be that the reader has a fragmented understanding of how and why the autobiographer ended up where they did, and about their potential to have traveled further.

If we set our clocks to 1940, we can see a fuller picture of the role magic in America played for certain groups. History tells us, and data bears out, that there wasn’t much magic to go around. As Jim Crow laws that enforced segregation were challenged—in the courts and on the streets—America’s educational institutions were still slow to change. Meredith’s fight to desegregate Ole Miss shows how defiant institutions were, willing even to disregard the constitution to keep blacks “in their place.”

Blacks have made progress since 1940, but far too little and far too slowly. Black History Month was a time to revisit America’s black past, and to observe the achievements of black Americans in the US and around the world. Blacks’ educational attainment should be one of many accomplishments we celebrate each year.

But we won’t get there by believing in magic alone. Much more can—and obviously should—be done to propel black educational attainment to new heights. Examining longer historical timeframes affords us a broader perspective, and helps us assess all of our achievements and failures and motivates us to turn the tide on higher mis-education for black Americans.