Coding a Way out of Poverty 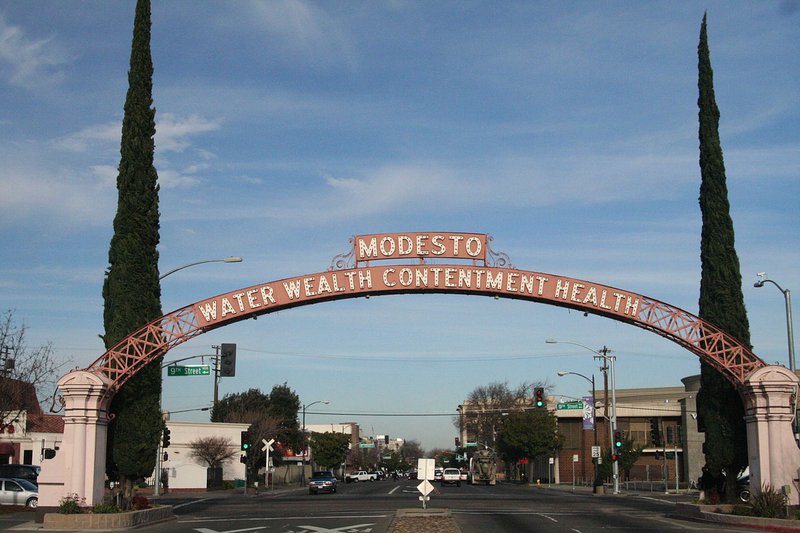 “As California goes, so goes the nation.” It makes for a popular saying, but not a promising concept if you consider that, when accounting for cost of living, income disparities in California are among the highest in the country. Some of the richest people on earth call California home, but so do the residents of Stanislaus County, where only 16 percent of adults hold college degrees. That’s half the national average. And by 2020, 65 percent of all jobs in the United States will require a post-secondary education, a projection that bodes ill for the people of Stanislaus.

What is promising, however, is speaking with Emmanuel Escamilla, founder of the CodeX Program, who believes the best gift you can give someone is exposure to something new, something outside the old neighborhood.

A graduate of Cal Berkeley, now pursuing a graduate degree at Harvard, Escamilla hasn't forgotten his roots. He grew up in poverty stricken Stanislaus County, specifically South Modesto, in a trailer park on what the local paper called “Devil’s Street.” Anxious to give back, Emmanuel has created the CodeX program, designed to teach coding as a way out of poverty. We spoke to Escamilla about his program, his past place, and how the former can help the latter.

How did you come up with CodeX? How is it different than other similar programs?

I took a computer science course at Berkeley and wanted to share what I was learning with the kids back home, show them that there’s a whole world of opportunity out there. Tech can create opportunities for kids living in poverty that didn't exist before; we just need to expose them. Most kids have access to technology through their phones, but have no idea how they can use technology as a catalyst for upward mobility. This program is different because it demonstrates that even poor communities can innovate to solve their problems. The kids feel this empowerment which is a real boost to the entrepreneurial culture we are trying to create.

How does CodeX expose kids to that possibility? To the tech world?

We’ve designed a year long program to teach kids in the poorest and lowest performing middle schools how to code and build websites. We don’t only teach hard skills like analytics and product design, we also teach community, networking, and expose them to the tech world with trips to Tech HQs and college campuses.

We’ve found that by the seventh grade, you can tell if a child is college-bound. We want to get them on the right track before high school. We also train teachers and help them include tech into their curriculum.

Will this contribute to the community, or will it add to the “brain drain?”

We need to start investing in our youth as a long-term strategy for economic growth. If we are able to train local entrepreneurs and create an environment of innovation, we will be able to curtail promising students from leaving. 70 percent of the kids in our first cohort didn’t have internet access at home. Six months later, they won the Congressional App Challenge. If we can show these kids that through innovation, they can find economic opportunity and contribute to the community, they won’t feel the need to leave home.

What are some of the challenges the program faces?

The lack of trained teachers is one of the principal challenges to implementing the program. It’s tough to compete for talent with better paying districts. For us, it's just as important to train the teachers. We also lack the capacity to reach all the kids we would like to—we take less than 10 percent of the kids who apply for the program. Currently, we are concentrating on schools where most of the kids qualify for free or reduced lunches. We have to keep looking for partnerships and support in order to expand the program to other schools and reach more kids, there’s a lot of need in this community.

As you find ways to meet those challenges, what effects can you see CodeX having on the community?

We’ve found that the large immigrant community in the Central Valley is highly entrepreneurial. The parents of kids participating in the program are hungry for tools that can help them start their own businesses. Tapping this energy and giving tech skills to kids from these communities may be the key to fighting poverty in the Central Valley in a sustainable way.