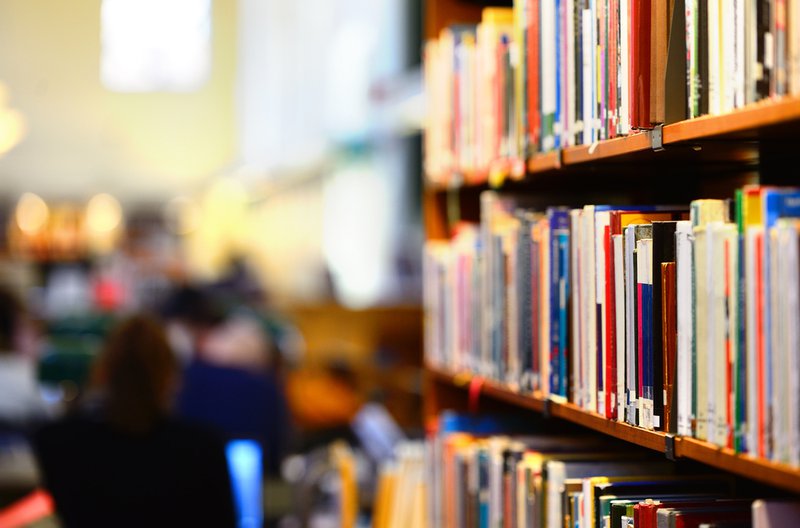 In November of 1968, on the San Francisco State University and University of California-Berkeley campuses, student protests led by the Third World Liberation Front (TWLF) triggered one of the longest student strikes in history. Over the course of some four months of protest, the TWLF coalition—an alliance of the Afro-American Student Union, Mexican American Student Confederation, Asian American Political Alliance, and the Native American Student Alliance—demanded that colleges acknowledge and recognize racial minority groups in their classroom curricula. In March of 1969, the coalition’s efforts bore fruit. The University of California-Berkeley agreed to the students’ demand and created an ethnic studies department—the first of its kind in the United States.

This year marks the 50th anniversary of the TWLF demonstrations. Yet five decades later, the broader goal of equal representation in education that protesters sought remains elusive—and nowhere is that clearer than in America’s elementary and secondary schools. Even as the country has become more racially and ethnically diverse, PreK-12 curriculums largely don’t reflect, or affirm, the experiences of students of color, and the efforts of the TWLF have trickled down in only the flimsiest, gauziest of ways, such as through elective ethnic studies offerings and through facile anecdotes about Martin Luther King Jr. and his famous “I Have A Dream” speech.

The first thing you’re probably thinking: To what extent does having diverse curricula matter, really? Well, consider this. As early as elementary school, white students and students of color can have radically different relationships to their school curricula. In a 2010 report, published by the National Education Association, author Christine Sleeter writes: “Research finds that the overwhelming dominance of Euro-American perspectives leads many students to disengage from academic learning.” Her research echoes earlier findings: In a 2001 study by Terrie Epstein, the author found that, as early as fifth grade, white students believe that the Constitution not only guarantees rights, but also actively grants those rights for all, while many black fifth graders questioned what they were being taught, asserting that not everyone in fact has rights.

This curriculum crisis doesn’t stop there, though. As students of color progress through school, their frustrations with curricula grow more pronounced. Another study, looking at diversity in gifted education programs, surveyed middle schoolers to better understand their academic needs and interests. Donna Y. Ford and J. John Harris III, the report’s authors, found that students of color voiced frustrations about Euro-American curricula. Further analysis by Thea Renda Abu El-Haj has identified black students’ irritation with limited classroom showings of black history, which is usually confined to Black History Month, in February. By the time high school rolls around, many students of color have become fully aware of the biases in curricula, and that reality contributes to their disengagement from academic learning, according to a 2008 study.

Not only do students of color crave curricula that reflect their experiences, but research shows that multiethnic curricula also are rewarding. As Ford and Harris found in their study on gifted education, black middle schoolers had an eagerness to learn more about black people, which, in turn, would likely stimulate academic engagement. And just a few months ago, a federal judge protected ethnic studies from being rolled back in Arizona. And it was for good reason: This intervention protected programs like the high-flying Mexican Studies program at Tuscon High School, where 100 percent of students received their high school diploma and 85 percent of them matriculated into college—all while in a climate where Mexican Americans have a high school dropout rate that hovers around 50 percent. What’s more, the American Educational Research Journal recently released a smaller study, by Thomas S. Dee and Emily K. Penner, that bolstered earlier findings: When high schoolers engage with culturally or ethnically diverse and relevant curricula, academic performance improves, along with student attendance.

So, what can schools do to make good on the TWLF’s work, 50 years later?

Mississippi has shown some promise as a state model for creating and nurturing ethnically diverse curricula. Over the past six years, the state has chosen to update its standards, including an effort to more deeply engage with the Civil Rights Movement and its impact in the region. Prior to 2011, the Mississippi Social Studies Framework and Guide, which is the social studies curriculum map for Mississippi educators, mentioned “civil rights” and the “Civil Rights Movement” less than five times. The state’s new academic standards, however, expose students to the Civil Rights Movement as early as third grade. Additionally, Teaching for Change, which is a non-profit organization with the aim to build social justice in the classroom, has helped to support civil rights curricula aimed at Mississippi students and teachers.

But while updating academic standards is a good place to start, there’s still a content and textbook problem. According to a joint investigative report released this past October from The Hechinger Report and Reveal, large swathes of districts across the state still use outdated textbooks that contain sanitized, whitewashed depictions of history. One textbook still in use, for instance, portrays the zealous segregationist John C. Stennis, a Mississippi politician, as a political moderate; other textbooks contain glaring historical omissions, leaving out locally relevant history, such as information about the Freedom Riders—civil rights demonstrators of the 1960s who rode interstate buses into segregated Mississippi to challenge the Jim Crow regime.

These textbooks predate Mississippi’s new standards, and many were authored by white Mississippians and even antebellum politicians, typically white men. Regrettably, these books—with their many mythic tales about segregationists—center the experiences of white, often male, Mississippians at the expense of a more inclusive narrative involving black activists who sought to hold America accountable for its failure to deliver on its national promises.

In order for historically marginalized students to thrive in schools, it’s important that they see at least some part of themselves reflected in the material projected back at them. Contemporary education reform ought to look to advance the work of the TWLF by integrating curricula with in-depth narratives of people of color. With 42 states now having adopted Common Core standards, there’s great opportunity to explore ethnic narratives in nonfiction texts, as well as in historical fiction and memoirs. But true change will only happen if schools are willing to address the persistent whiteness of their curricula—to remedy the galling discrepancy between the fact that their student populations have changed, but their textbooks, for the most part, haven’t.