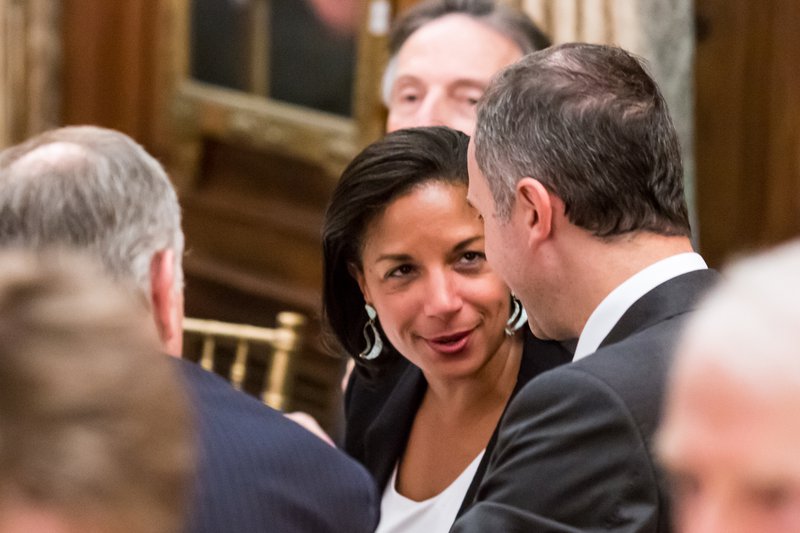 Italy in US / Shutterstock.com

The midterm elections, on top of so much else, have underscored Americans’ desire for a shift away from how Washington politics has long been run—and by whom it’s long been run. More specifically, Americans have made it clear that the country’s national leadership ought to reflect the myriad voices and lived experiences of its citizens. The midterm elections have ushered in the most diverse Congress in history, with a record number of women, LGBTQ citizens, veterans, Native Americans, and people of color winning their races. Take the fact that the 116th Congress will soon have two Muslim women and two Native American women serving in its halls for the first time. This Congress will also be noticeably younger, with greater Millennial representation from women like Alexandria Ocasio-Cortez, the popular 29-year-old Congresswoman-elect of New York.

And yet, as the country considers the opportunities opened up by this more diverse political leadership, it’s important that it also ask: What might this mean for America’s national security establishment? The incoming Congress looks more like the America it serves, but our similarly tasked U.S. national security establishment continues to struggle to look and do the same.

Skeptics might be thinking: Why does this matter? During a May 2016 commencement address, former National Security Advisor Susan Rice described the field as “white, male, and Yale.” Crucially, a monolithic community—in thought, experience, and background—has consequences. For one thing, it limits the United States’ ability to understand and respond to global challenges. A diverse community is better equipped to develop policies to counter global threats of the 21st century by representing the full spectrum of American people and values and bringing to bear the innovation inherent in diversity.

In addition, not addressing the majority-white ranks of America’s national security establishment could hurt America’s credibility as a global leader: It’s well known that the United States takes great pride in being a multicultural nation, but when our national security ranks don’t reflect that diversity, it weakens the very ideals and values that we, as a country, have long been touting to other parts of the world. According to the National Security Diversity and Inclusion Workforce Act of 2017, minorities represented only 22 percent of the overall officer corps in the military—far less than the 40 percent of the enlisted force. The act also recognizes that many racial and ethnic groups remain stuck in low- and mid-career positions in the State Department. It points out that though black Americans represent 15 percent of the total State Department workforce, they represent only 6 percent of the Foreign Service.

Regrettably, there’s been no real improvement in the diversity of the higher ranks of the national security establishment in recent years. And, meanwhile, America’s leadership continues to be confronted with emerging national security threats that affect us at home: trade wars, global conflicts, violent extremism, climate change. The inclusion of diverse voices in conversations around these issues—often centered on far-away lands and people “not like us”—is important for understanding the impact of our decisions on others, and for harnessing the collective experiences of our citizens. For instance, Muhammad Fraser-Rahim, the executive director of Quilliam International, a counter-extremism think tank, provided an insightful perspective to The Hill earlier this year on how the black American Muslim community, due to “a decades-long tradition of inclusiveness, moderation and coexistence with those who are non-Muslim … [has] a wealth of information and problem-solving experience that has the potential to create effective, operational strategies for long-term successes in counter-terror [in] [Western] [societies].”

More diversity gives young people a kind of permission—an ability to believe that they, too, have a part to play in national security.

There’s also something to be said about the place of role models—that future generations of Americans with minority backgrounds entering the national security arena have people like them to look up to. At the moment, there are no equivalents to, say, a Susan Rice or a General Colin Powell in the current administration. There’s value in young Americans being able to see, literally, more examples of individuals from diverse backgrounds working and succeeding in this line of work—at the highest levels. It gives young people a kind of permission—an ability to believe that they, too, have a part to play in national security. In a similar vein, having more diverse voices in our national security ranks may ward off the ability of adversaries to sow discord by exploiting divisive narratives around the United States’ lack of representation. Recall when roughly 3,500 Kremlin-sponsored Facebook ads were used to exploit racial tensions in the lead-up to the 2016 U.S. presidential elections. Such threats, again, highlight the importance of having individuals with the right skills and sensibilities address these sorts of threats in the future.

So, how do we move things forward?

First, U.S. agencies could more rigorously implement the National Security Diversity and Inclusion Workforce Act of 2017, which seeks to codify former President Barack Obama’s 2016 Presidential Memorandum Promoting Diversity and Inclusion in the National Security Workforce. It demands high-level leadership and accountability to integrate strategic inclusion as a national security imperative in policy development and workforce management, among other measures.

Second, U.S. agencies and think tanks could coordinate outreach at women- or minority-serving institutions, or partner with organizations like Women of Color Advancing Peace and Security and the Women’s Foreign Policy Network to develop networking and mentorship opportunities.

Third, within the bounds of the law, U.S. agencies and national security organizations could consider implementing the NFL’s “Rooney Rule” when interviewing candidates. The rule requires interviewing at least one person of color for every top staff position opening. The Democratic Senate and House Caucuses have encouraged Democratic members of Congress to adopt these policies in their offices, with the Senate Democrats having formally included the Rooney Rule in caucus rules in March 2017. (Of course, none of this should come at the expense of retaining and supporting mid-level staffers.)

As America navigates its role as a global leader in the decades ahead, it is important to highlight the accomplishments of the next generation of black American national security and foreign policy leaders. Meet 35 of these leaders.