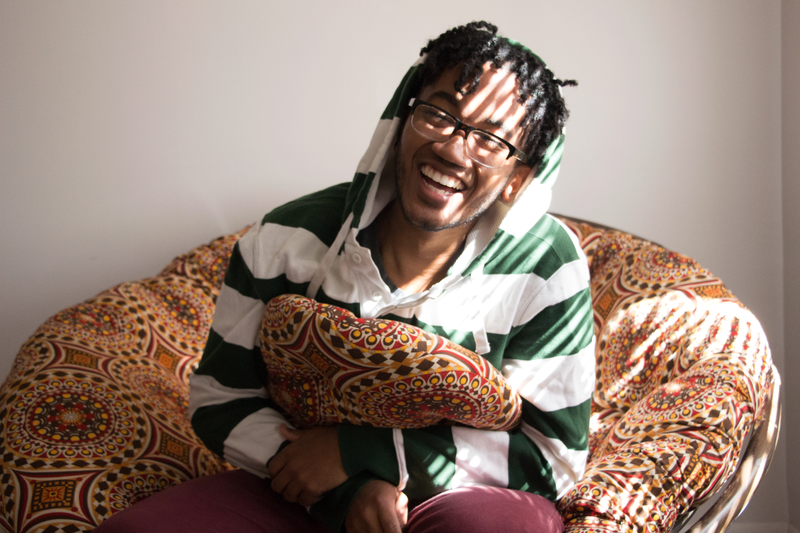 Days after a white police officer shot Walter Scott, an unarmed black man, in 2015, I presented five photos for a class I was taking. Our task was to take 300 photos highlighting light and color and to present the best photos for an in-class critique. It didn’t occur to me then that my photos were of only black men and women, nor did it occur to me that others saw these photos much differently than I did. When I presented one of my photos, the first comment to come from a classmate was, “Wow! I work with Marques, but I’ve never seen him like this.”

The critique quickly turned into a discussion about how we identify, classify, and react to black bodies, and I began to realize how more photos like the ones I presented in class could add to a needed conversation on how black bodies are perceived. This project is still a work in progress, but I’m excited to share a sliver with you now. My mission is twofold: to offer a depiction of black men as multi-dimensional, complex beings, while also validating the shared experiences of black men who are told time and time again that they are—and can only be—one particular way: either oversexualized or hyper-aggressive or some other form of extreme machismo. And so below I hope to provide a glimpse of the small moments of release you catch when talking to young black men—if they have the space to be full, complex, and vulnerable.