The science of work-life balance 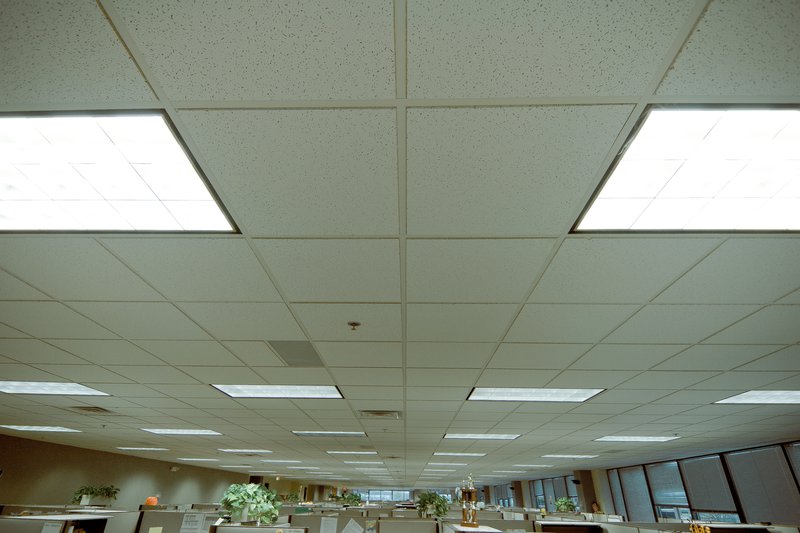 Tara Oakman knows what it’s like to work in a high stress, adrenaline-fueled, always-on 21st century workplace. A few years back, she was up against tough deadlines, intense public scrutiny, and the pressure of creating a massive new federal program from scratch as director of a team overseeing implementation of some key elements of the Affordable Care Act. “It was totally crazy,” she said. “Everyone was working all the time, 24/7. It made sense in a lot of ways—there was a lot of work to do—but our people were getting incredibly stressed out. We had a really high level of turnover and morale issues that were, in part, related to the fact that people were working like crazy.”

While Oakman understood the maniacal pace—her team was on a tight turnaround to bring healthcare to millions of Americans—she thought things would be different when she moved to a nonprofit. In 2013, Oakman began to work on programs to improve lifelong health, healthcare and well-being at the Robert Wood Johnson Foundation. She expected a more reasonable pace. And for the most part, that’s what she got. Except that she found herself in yet another work culture where everyone still seemed to work. All. The. Time.

True, she and her coworkers are working to solve some of the most complicated problems of our time. Their job description is to make the world a better place—an undertaking that doesn’t lend itself to easily identifying when one is “done” for the day. In fact, many staffers come to work on Monday talking with relief about weekends filled with mowing lawns, planting gardens, organizing closets—all tasks that, unlike their day jobs, have a distinct ending. Research has even found that people who work at nonprofits tend to put in longer hours–some call them “hero hours”—than others, with higher rates of burnout and turnover, possibly because they’re driven by a higher purpose. But it’s not like nonprofits are alone in the arms race toward constant overwork. “Overwork is not new in this country,” said David Waldman, vice president for human resources at RWJF. ”But in some ways, it seems like it’s hitting critical mass.”

Oakman began to wonder why there is so much pressure to chronically overwork. Even ER docs, reporters in a war zone, or first responders to natural disasters work long hours, but only for short bursts of intensity. And she began to worry about what all those long work hours, stress and the struggle to juggle work and home responsibilities was doing to people’s health. She began to think that solving the interminable problem of work-life balance, rather than being an employee perk, could instead be central to her job.

Oakman was right to worry: Research has shown that long work hours are associated with increased risks for hypertension, cardiovascular disease, and depression. One longitudinal study found that men who don’t take vacations are 30 percent more likely to have heart attacks. For women, that increased risk goes up to 50 percent. Jeffrey Pfeffer, a professor of organizational behavior at Stanford’s Graduate School of Business, and his colleagues found in a meta-analysis of 228 studies that work-life conflict is worse for one’s health than second-hand smoke, and that overwork increases the risk of death by 20 percent. Hardly environments conducive to improving lifelong health.

And so Oakman, Waldman, and others at RWJF decided to do something about it: to see if they could redesign their own workplace culture to improve work-life balance and health. And if they could, they could not only make their own lives better, but they could show others the way, and fulfill their mission to make the world better.

But they weren’t sure what, exactly, to do. Other organizations have turned to “wellness initiatives” like free on-site yoga and meditation classes or anti-smoking campaigns to try to change overwork culture and promote work-life balance. But the results are mixed: Some studies have found a 6-1 return on investment in improved health, others have found little to no immediate effect on what employers spend on healthcare. And they don’t get at the heart of the problem: Why do people work so much?

Some companies have sought better work-life balance through experiments with flexible work, results only work environments, rotating on-call nights so everyone has predictable time off, or family supportive training for managers.

But RWJF already had a slew of such policies with work-life balance in mind at their Princeton, NJ headquarters: meeting-free Wednesday mornings, flexible work, generous paid vacation and sick time, and managers who make clear they don’t expect a response if they send emails on weekends.

“The policies aren’t really the problem,” Oakman said. “It’s the culture. We decided we needed to figure out how people really operate, understand how they think, and see if we could nudge the culture.”

So the nonprofit decided to try something new: behavioral science.

Far from using traditional—and sometimes comically flawed—economic models that attempt to predict human behavior on based on what a “rational actor” would do, behavioral science recognizes that the way in which humans make decisions is complicated. There’s so much more than rationality at play: Behavioral scientists have found, for instance, that when we’re preoccupied with what we lack, whether it’s time, money or relationships, our mental bandwidth gets used up. We get stupider—one study found overtaxed bandwidth can cause one to lose 13 IQ points. And we tend to narrow our focus and “tunnel” on what’s most immediate, losing the capacity to make good decisions in the process. Good decisions such as what’s really the most important thing to focus on at work, or when to call it a day.

In the past, RWJF has supported projects that use behavioral science to nudge healthier choices to combat obesity—like color-coding healthy and not-so-healthy menu items in a hospital cafeteria, or having people post their workout sessions to a public forum. For this project, the first to use behavioral science to redesign work culture, they recruited other nonprofits willing to experiment, and engaged ideas42, a nonprofit firm founded by academics that seeks to use behavioral science to solve real world problems. (Ideas42 is named, tongue-in-cheek, after the number 42, which was hailed as the answer to all questions about the meaning of life in The Hitchhiker’s Guide to the Galaxy.)

Ideas42 has spent the last few months on the first two parts of their four-part methodology: making site visits, interviewing workers and analyzing work hour data in an effort to define and diagnose the problem. They’ll move into designing interventions in the coming months, and then, in the spring, are planning controlled trials to test those interventions to see if they work. The Better Life Lab at New America, where I serve as director, has partnered with ideas42 to follow the course of the project and report and write about the results.

Defining the problem hasn’t been difficult and, for many readers, may feel painfully familiar: For many, there are work days of constant interruptions or back to back meetings. Then there’s the pressure of “asynchronous communication”—e-mails flooding in from everyone else not in those meetings. Workers reported racing through the day, only to see at 5 or 6 o’clock that they hadn’t gotten to any of the big projects they’d wanted tackle, so would often stay late or work late into the night–eating up time for themselves or their families–just to have time to concentrate.

Much like anthropologists studying tribes in the wild, ideas42 associates have been observing people at work at RWJF and the other pilot sites to get a better sense of the often unspoken social norms that shape behavior, said Josh Wright, executive director of ideas42. A workplace may say they value work-life balance, but if the boss is the first one in and last one out the door, that sets the tone for everyone down the line. Do coworkers take all their vacation? Do they excitedly ask where you’re going on yours, or sigh or give you snark for abandoning the team? Does the workplace have a “face time” culture that values physical presence in the office?

A recent study published in Harvard Business Review found that even though a company may have flexible work or teleworking policies to promote work-life balance, an unspoken norm of valuing face time can keep workers from feeling they can use them without penalty. The study quotes one worker’s explanation:

There seems to be a norm that anyone hoping to move up in the management ranks needs to be here late at night and on the weekends. If you’re not willing to do that, you’re not going be seen as dedicated enough to get promoted.

Judging “good” workers by the amount of face time the put in in the office, Wright said, is “very appealing because the norm is very observable. You can measure whether the person is at their desk or not.” Even though, he added, research has found that managers in such face time cultures can’t actually tell the difference between people who are working hard and people who appear to be working hard.

A strong face time social norm can actually lead to more work when one works flexibly or telecommutes, Wright explained. Workers who want to appear dedicated and committed end up creating a “virtual” face time culture, rather than better work-life balance. “The measurement becomes how quickly do you respond to email? How late in the evening are you responding to email?” he said. “So even though we’re giving people more flexible schedules, we’re actually creating the same face time/responsiveness culture.”

The way to change that, according to Wright, is to reset social norms by designing very intentional policies and systems that are clearly communicated. If the work culture wants to communicate that giving workers time off to recharge is important, perhaps they could design a technological fix—a message that pops up on any email about to be sent after hours, asking if you really want to send it now, or whether you’d like to schedule to send it the following day. To communicate that vacations are really valued, Wright said, companies could perhaps design a more intentional system to nudge workers to plan ahead and block time off their calendars months in advance. Sometimes workers get so busy in their tunnels, they simply fail to plan far enough ahead, Wright said. And by the time summer comes, the calendar is packed and it feels too late or too impossible to take a break. These are a handful of potential design solutions ideas42 managers and associates have been brainstorming in order to design interventions to test.

“The thing that can’t be missed in all of this is, when you don’t have work bleed over into your life, it will not only help people feel better about their lives, it will actually help them produce better stuff.”

That fact is not lost on the Robert Wood Johnson Foundation. “The creativity of Tara and people like her we hire to tackle big problems is fundamental,” Waldman said. “Without it, we don’t have a chance. When you work too much or you’re too tired, you don’t need books of evidence to show that, every once in awhile, you may get an insight, but it largely isn’t going to be good. We want our people to stay fresh and healthy and well balanced, because we’re in this for the long run.”