Asian Immigration and the Myths Modeled around Model Minorities 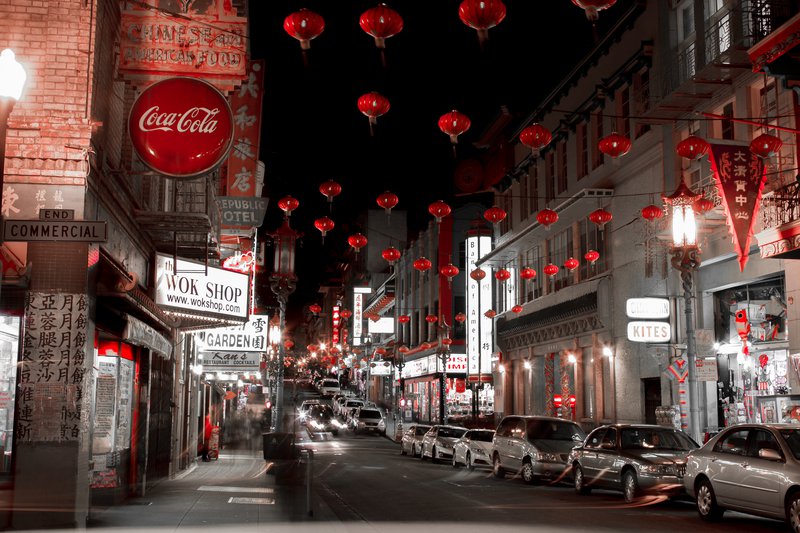 Immigration remains at the center of public discussion, thanks to extreme provocations made by Donald Trump and echoed by his competitors—including Jeb Bush, who was quick to assure everyone that his use of the term “anchor babies” was a reference primarily to Asian Americans. Perhaps it was these comments that gave the media extra incentive to offer additional coverage of immigration on the 50th anniversary of the Hart-Celler Immigration and Nationality Act. A major study released for the occasion by the Pew Research Center on immigration patterns since 1965 offered much fodder for commentary.

The Pew report, Modern Immigration Wave, offers a comprehensive statistical portrait of immigration to the United States over the last fifty years: 59 million people have entered the country, bringing the foreign-born population to nearly 14 percent of the total U.S. population, a proportion not seen since the 1910s. Notably, 88 percent of these immigrants have come from non-European countries—the exact inverse of the ratio at the turn of the 20th century. As many commentators observed on Hart-Celler’s 50th anniversary, our nation is much more diverse as a result. Although Donald Trump has been stoking anti-immigration sentiment in the Republican Party’s base, polls show that a majority of Americans regard immigration in a positive light, especially with regard to their contributions to the nation’s cultural life.

There was one point, however, that many news outlets singled out one issue from the 128-page report: the increase in immigration from Asia. Immigration data indicate that Asians now make up 35 percent of new arrivals, compared to Latinos, who are now one-third of new immigrants. From the late 1990s to 2011, half of all newcomers were Latinos. The recent shift in these groups’ relative proportion of new immigration reflects not only steady immigration from Asia (especially China and India); but also a decline in Mexican immigration, owing to fewer economic opportunities in the U.S. since the 2008 recession, as well as longer-term demographic trends in Mexico, such as a falling birthrate. The slowing of Mexican immigration since 2008 (it is now believed to be at net-zero) is barely visible to many Americans, who still fixate on unauthorized migration across the southern border.

The Asian population has grown tremendously since 1965: from less than a million people—one-half of one percent of the total population—to 19.5 million or six percent in 2013. The Pew report projects that, 50 years from now, Asians will be 12 percent of the total U.S. population. These are impressive rates of growth, but Asian Americans are still a relatively small portion of the American people, and will remain so for quite some time to come.

The reasons for Asians’ relatively small population in the U.S. are rooted in the country’s six decades-long policy of racial exclusion. In the late nineteenth century anxieties about Chinese immigration, which although very modest (about 63,000 in 1870), was imagined as but the thin edge of an invasion by millions of “heathens” and “coolies.” The “yellow peril” was much less about the Chinese supposed innate inability to assimilate than sentiment among whites that they held a racial entitlement to the resources of the West. Anti-Chinese racism roiled politics on the Pacific coast for some 15 years before successfully pushing Congress to pass legislation in 1882 excluding Chinese laborers from entering the U.S. and all Chinese from citizenship. The exclusion laws gradually expanded to include all Chinese and all other Asians. These laws were not repealed until the World War II era.

Asian Americans are no longer the pariah group they were 100 years ago. Certainly, most Americans perceive them to be over-achieving model minorities —  a superficial reading could see them as the opposite of coolies. Asians have the highest median household income of all ethnic groups. Fifty percent have at least a college education, compared to 30 percent of whites, 20 percent of blacks and 15 percent of Latinos. Asians are more likely to work in science, finance, information, and health care than other groups, and more often in professional capacities. Many Americans believe that Asians are high achievers because they are “naturally” good at math and science or, if not naturally smart, then hard-wired with cultural values that esteem education, discipline, and hard work. “Confucianism” (aka Tiger Parenting) provokes admiration in some but resentment in others, who fear they can never compete with Asians’ "coolie-like" industriousness. The figure of the coolie, then, has not entirely disappeared from our political culture.

These stereotypes belie the real reasons for Asian Americans’ disproportionate concentrations in professional and technical fields. The reasons go directly to Hart-Celler, which created two pathways (called “preferences”) for new immigrants, one for those with close relatives in the United States and one for those with skills that were in short supply. With such a tiny population in 1965, the number of Asian Americans who could use the family preference categories was small. But Asians did use opportunities created by the occupational categories, especially since there were limited professional opportunities in South Korea, India, the Philippines, and Taiwan in the 1970s. The Asians who emigrated to the U.S. included nurses, doctors, scientists, and engineers, whose talents were in demand in the burgeoning health care, pharmaceutical, aerospace, and telecommunications industries in America. Once they became settled, they then used the family preferences to bring their kin, thereby reproducing their socio-economic standing. A much more prosaic story of visa availability and chain migration, not racial or cultural proclivities, explains the preponderance of well-educated Asian Americans.

The image of Asian American success also obscures important differences between Asian ethnic groups. Bangladeshi and Hmong, for example, earn about as much as blacks and Latinos, and have higher rates of poverty. Some groups, like Chinese and Koreans, comprise both professionals and lesser-skilled workers who toil in restaurants, sweatshops, and nail salons. These workers, many of whom are undocumented immigrants, often work for less than the minimum wage, without overtime pay, and sometimes are not paid at all. And while Asian American professionals obviously fare better than restaurant workers, they too have also suffered from discrimination. In the workplace, ethnic stereotyping considers Asians good workers (bench scientists, nurses, software programmers) but not suitable for positions in upper levels of management. The children of Asian American professionals actually face greater competition in college admissions than others; their rate of acceptance at elite universities is the lowest of all ethno-racial groups.

The historical and contemporary patterns of Asian immigration to the United States, like so much of immigration history since 1965, are the result of immigration legislation based on how things were, not on how they would be. Today as in the 19th century, they have been reduced by some into statistics and scare tactics. And, then and now, they are far more complex than most Americans realize.