An Affront against All Women 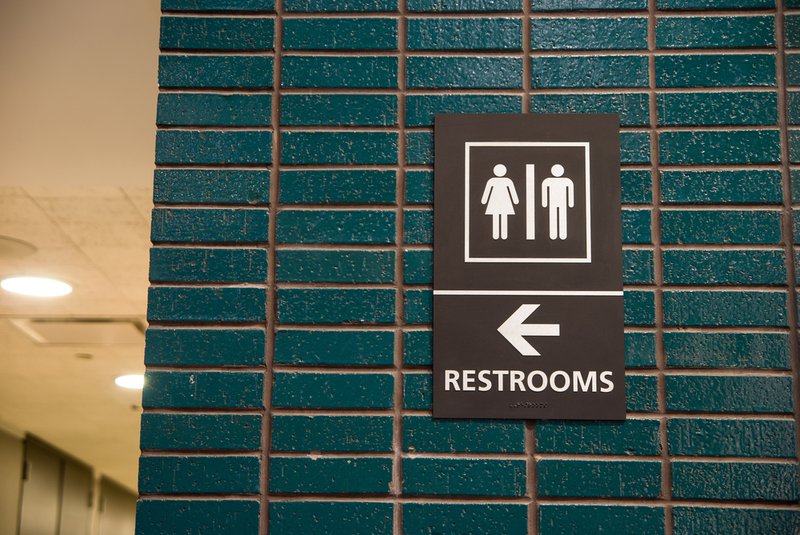 Laws passed for the protection of women are rarely made in the interest of women.

Over the past three weeks, the North Carolina General Assembly (NCGA) has come under attack by national corporations and local activists alike for passing House Bill 2, a bill that, among many other provisions, prohibits transgender people from using the bathroom based on the gender with which they identify. The law was passed in response to a Charlotte nondiscrimination ordinance that ensured that all transgender and gender nonconforming people were allowed to use public facilities that feel safest for them, free from discrimination on the basis of gender identity.

As a transgender North Carolinian, I kept asking myself why the NCGA would go out of their way to pass a law like this in the first place. Why were conservative lawmakers so worried about which restrooms people like me use? Why did the senators and representatives of the NCGA spend $42,000 of taxpayer money convening an “emergency session” just to keep people like me from peeing in the bathroom that feels most comfortable?

According to North Carolina Governor Pat McCrory, the bill was necessary because transgender nondiscrimination ordinances make (cisgender) women vulnerable to sexual assault by “allowing men to use women’s bathroom[s].” Or, as House Speaker Tim Moore explained, transgender nondiscrimination ordinances like Charlotte’s lead to “the security risk of a sexual predator (in public restrooms)."

By the logic of conservative NC politicians, it was simple. They were sanctioning discrimination against the transgender community in order to “protect women.”

This logic is nothing new, nor is it unique to North Carolina. For centuries, conservative Southern legislatures have been using the guise of ‘protecting women’ not to substantively improve the lives of women—i.e. by passing more robust domestic violence protections or ensuring that women are paid an equal wage to men—but to oppress other minority groups and to deny all women equal standing in society.

Look at the example set by Jim Crow. In the debate about segregation in North Carolina, one of the most common tropes used to defend centuries of racist laws was the erroneous imperative to ‘protect’ white women from black men. Throughout the nineteenth and twentieth centuries, black men in political cartoons across North Carolina were painted as monsters, rapists, and beasts who preyed on white women, and the fear that these cartoons fostered was used to enforce racial segregation.

Jim Crow laws led to incredible violence against black communities, decades of political marginalization, and a history of racist brutality in the state that continues to this day. The racist white men who crafted Jim Crow laws in North Carolina most likely weren’t interested in protecting (white) women, they were interested in protecting their own power, economic control, and ability to oppress communities of color.

The same logic was applied against women themselves in the early 1900s, when the nation was debating whether women should have the right to vote. Men who held power at the time tried to convince women that they didn’t want the right to vote by appealing to benevolent sexism and a need for protection. Men argued that, by taking on the duties of civic life on women’s behalf, they were protecting women whose fragile constitutions couldn’t tolerate the stress induced by governing society. The men who sought to deny women the right to vote most likely weren’t interested in protecting women, they were interested in protecting their own control of the political system.

This logic has even been carried through into contemporary debates about reproductive health. In conversations about comprehensive sex education, men in legislatures across the country argue that abstinence-only sex education is necessary to protect the virtue and morality of young women. In effect, abstinence-only education ensures that women have less knowledge of and control over their bodies and thus less ability to determine their futures. The men who seek to obstruct young women from having access to information about sexual health most likely aren’t interested in protecting women, they’re interested in maintaining their control of how women think about their own bodies.

House Bill 2 is no different than these other historical examples. The logic that the NCGA uses to defend House Bill 2 relies on the same kind of benevolent sexism that’s been used to oppress women, people of color, and other minorities for centuries.

Bathroom bills do not protect women from sexual predators in public restrooms—they do the exact opposite. By forcing people to use the restroom that matches their assigned sex at birth, bathroom bills facilitate violence against women by placing transgender and gender nonconforming people at serious risk of sexual assault and hate crimes. Furthermore, by reinforcing benevolent sexism in government, legislation like House Bill 2 further entrenches the paternalistic idea that women are not capable of making decisions about what is best for themselves.

Women in North Carolina do not need the General Assembly to protect them from transgender people. Transgender people in North Carolina need protection from the General Assembly and from people in positions of power who seek to deny us bodily autonomy, equality, and the opportunity for self-determination. And all women—transgender and cisgender alike—need protection from men like Pat McCrory and Tim Moore who feign concern for their safety while allowing transgender women to be brutalized.