America’s Institutions Were Not Built to Serve Communities of Color 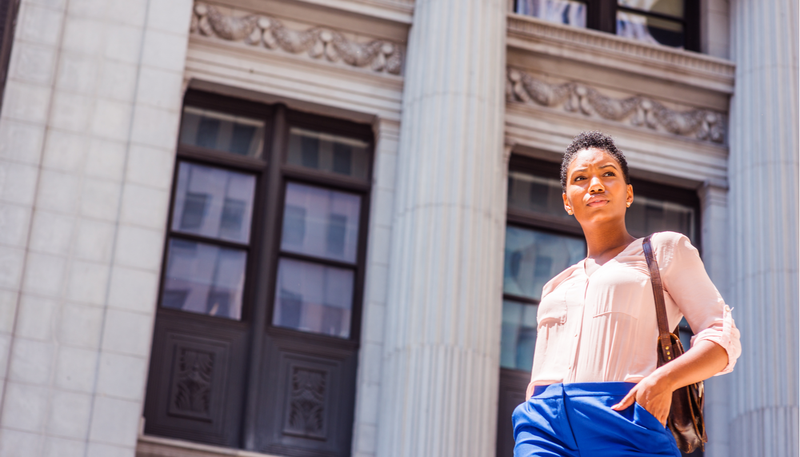 Adapted from “Black People Don’t Trust Us — That Doesn’t Mean We Get to Opt Out” by Molly G. Martin on Medium.

But have you ever really thought about what it means to be “liked”? Is it being treated nicely? Having followers? Being spoken of fondly at your funeral? More important, what doesn’t fall in the category of “being liked”? I’d suggest it’s being effective, being worthy, and—most of all—being trusted.

Many of us conflate liking people with trusting them, or assume the former begets the latter: “I like you, so I trust you.” As our country has more widespread conversations about racism and individual responsibility, there is growing confusion about liking and trusting.

Disentangling the ideas of “liking” and “trusting” is central to anti-racism. We have to understand the connotations of each word, both as individuals and as members of institutions.

I’ve worked in the nonprofit sector for 13 years now, and for six years on college campuses before that. Organizations meant to serve the community are my industry. And my industry loves to talk about the “mutual trust” required between institutions and the people they serve. I think it’s safe to say that mutual trust is no longer on the table. That trust hasn’t been breached just for Black Americans; it was a house built on sand.

And it’s not just trust in those institutions. Black Americans have no evidence that they can trust the people who benefit from historically and predominantly white institutions. Banks. Schools. Courts. Bureaucracies. Housing providers. Nonprofits and charities. All were built within a racist system and, intentionally or unintentionally, have in their DNA measures and barriers—from redlining to school segregation—meant to keep Black and Brown people out.

Institutions should be less for people than of people. While the idea of “service” likely launches from the right place, it lands squarely in the category “we do things to or for people” when the goal is to do things with them.

Most of the institutions that dominate and dictate Americans’ daily lives are historically and predominantly white. As author Kimberly Jones points out, Black Americans have been so excluded from economic access to, among other things, historically and predominantly white institutions for 450 years, that catching up is impossible. So it should come as no surprise that Black people can’t fully trust the white people that lead or staff these organizations. We have to pay attention to what makes these institutions, and those who work there, untrustworthy in a Black person’s eyes, and the systems that, by not actively disrupting, white people continue to perpetuate. Did these institutions, or those who run them, start the practice? Maybe not. But we benefit from it, so we perpetuate it when we don’t disrupt it.

In general, institutions behave similarly to people when confronted with a lack of public trust. When an institution realizes it has lost the trust of a community, it either panics and talks until it’s blue in the face or surrenders to the feeling that it “can’t win” and just keeps, well, institution-ing.

On one hand, we heard public messages this summer from so many banks, chambers of commerce, and community development organizations—that it was necessary to help minority-owned businesses survive and thrive in a COVID-era economy to address the opportunity and earnings gap for Black Americans. On the other hand, many programs worked as they always have, agnostic to race and inefficient in addressing racial disparity. Consider that many Black business owners applying for paycheck protection loans or other aid experienced greater difficulty and higher rejection rates than most white counterparts. Consider also housing loss during the pandemic and how it appears to be disproportionately impacting Black and Latinx families in many cities, including my city of Indianapolis—just as it did before the pandemic.

Institutions seldom change their core, which requires rethinking the very idea that institutions “serve.” Churches, governments, schools, nonprofits, and other institutions shouldn’t be designed to serve people. They should be designed to give people a place to work collectively to learn something, connect socially, or address a shared problem.

Maybe I’m splitting hairs, but institutions should be less for people than of people. While the idea of “service” likely launches from the right place, it lands squarely in the category “we do things to or for people” when the goal is to do things with them.

“Working with” requires sacrifice. It requires large institutions to take a backseat to smaller organizations and community residents—to support them, to listen to them, and to assume that their individual expertise is as important as the institutional expertise. Major institutions: grassroots organizations and individual residents are unlikely to trust you. I’ve experienced it. You need only to ask your Black neighbor or friends if you have them: what do you think about the mayor’s/governor’s/Congress’s latest proposal? “We’ve heard it before.” Many are wondering if the support of Black lives and Black businesses is yet another flash-in-the-pan moment of performative support, from individuals and institutions.

This skepticism and these critiques are valid...and uncomfortable for white people to hear. “I’m damned if I do and damned if I don’t. What am I supposed to do?” What we have to do is stay and be uncomfortable and grapple, and stop insisting that we be the center of conversations. We have to trust our Black peers to take center stage without expecting them to trust that our intentions are honorable. And it would behoove us and the work to do so. Organizations and individuals living an experience or located in a particular place know more than you do about the reality of the problems that your institution wants to address. Your institution can't combat systemic racism if its objective merely is to win affection and appreciation. But if your institution’s focus is on trust, the constructive way forward is to offer it freely to the community, even when that trust is not reciprocated.