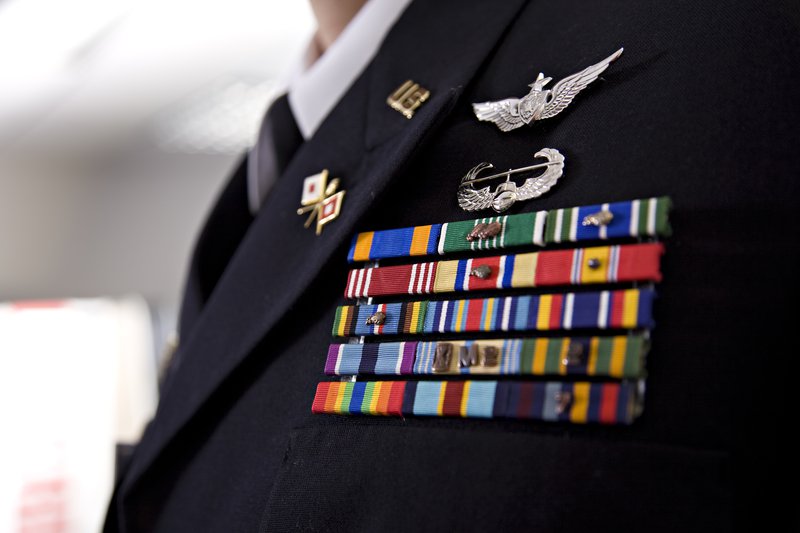 As the contest between a billionaire and 30-year veteran of the political establishment raises the specter of Aristocracy in America, it is easy to forget that the country does indeed have an official aristocracy: military officers. The U.S. military should remove the current tiered rank structure, which is not only discriminatory, but also inefficient.

The military restricts nearly all operational leadership positions to the 18 percent of servicemembers who begin their career as commissioned officers. Servicemembers can only begin their careers as officers if they receive a seat at one of the three military academies or have already completed college. The enlisted ranks make up the other four-fifths of the force.  That’s four fifths of the force who cannot become operational leaders, no matter how educated or experienced they may become. The only opportunity to lead is to join the bottom of the officer ranks and restart at the entry-level again with 22-year-old peers. Even this opportunity is rare, with former enlisted officers making up only 1.5 percent of the force. The caste system rewards those with better access to education over individuals who must begin working after high school, limits leadership to a small aristocracy, and weakens the force by promoting tradition and privilege over talent and experience.

The military caste system remains with us from our British military heritage, which we inherited  at the beginning of the Republic. The vast majority of the leaders in George Washington’s Colonial Army were the sons of the land-owning elites. These men had the literacy and numeracy needed to plan, supply, and execute military campaigns. There were no such requirements for the enlisted men, as they needed to know little more than how to march in formation and fire their muskets. The colonial enlisted men served for fixed terms of service enforced by legal sanctions, including prison, if they ran away. Enlisted colonials were not military professionals, and few stayed for more than one enlistment.

But this is 2016, not 1776, and, unlike the Colonial Army, today’s enlisted service members are highly trained career professionals. Their job requires knowledge and intelligence far beyond the simple literacy and numeracy required of colonial officers, and far more than how to march in formation.  While many are still riflemen, many others are everything from air traffic controllers to satellite communications engineers. They hold much of the expertise needed to make the military function as a force. Despite how different American society and the enlisted population is today from its origins, the military maintains an outdated system that made more sense in a time when only white landowning men had franchise to vote.

The current system is discriminatory: it reinforces structural inequalities in American society and results in the exclusion of minorities from military command. If you are unable to enroll in a service academy or a college with a military program directly out of high school, then it is unlikely that you will have an opportunity to become an officer and therefore an operational leader. This structural exclusion has made the population of commissioned officers significantly whiter than the overall American population and than the enlisted ranks. In 2014, only nine percent of active duty officers were Black or African American.  By comparison, 18 percent of the enlisted service members were Black or African American.

But this system is not only unfair; it is also out of keeping with our national interest. The most important purpose in reforming military staffing is increasing the combat effectiveness of the military. The platoon is the most common unit to operate independently on the battlefield today. The average platoon is led by a recent college graduate with little military or other real world experience. This platoon leader is expected to be an able combat leader and competent envoy of the United States in hostile far away places.

Imagine if we staffed other important institutions with field operations like we staffed the military. If the police used the military officer structure: patrol officers and the vast majority of the force would be excluded from ever becoming senior leaders; recent college graduates with no experience would supervise police squads; and officers with only a couple of years of time supervising a patrol squad and couple of years as in the staff at Police headquarters would gain command of a precinct.

We would never consider such a structure for the police in our city.  So it should be no wonder that the military with this structure struggled to police Baghdad.  Even after the success of the surge in 2007 and 2008, when the new units and their untested leaders arrived in 2009, the gains began to evaporate.  While there were many factors that deterioration, it is hard to ignore the damage that results from constantly rotating inexperienced leaders whose key qualification is a college diploma through roles key to securing peace and our national security.  If we do not reform the military structure, we are condemning future service members to the same challenges we have faced for over a dozen years in Iraq and Afghanistan.

Congress should enact legislation that requires the military to replace the current discriminatory and self-defeating personnel system with a consolidated rank structure. Specifically, the military should eliminate the vast variety of enlisted, warrant, commissioned, and civilian personnel systems. With a single uniform grade scale, the military can abandon colonial traditions and build a professional force that mirrors the talented and diverse American society of today. We’re right to criticize aristocracy’s entrance into our politics. But so, too, would we be right to remove it from our military.