After Inconclusive Elections, Italy Must Stave Off Political Instability 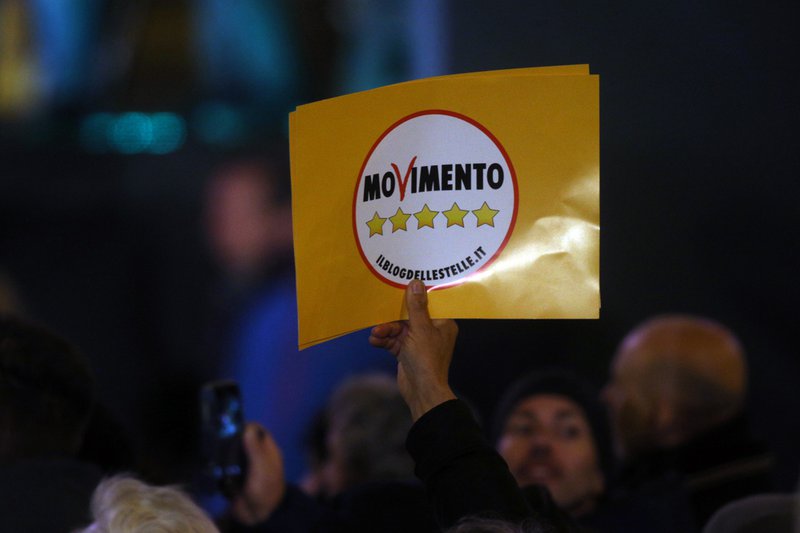 After another tedious campaign of promises and hardly feasible plans, last month, Italians went to the polls to vote for the new members of Parliament, seeking to bring stability to a country that hasn’t had a solid government in years. About 73 percent of those with the right to vote went to the polls—a surprisingly high number that shows the desire of Italian citizens to alter the status quo.

And yet: One month later, the country still doesn’t have a government. As an Italian citizen, political uncertainty is hardly new to me. Temporary governments, lengthy consultations, and unsuccessful alliances have been the core of my country’s politics as far back as I can remember. The March elections only seem to confirm this trend: Despite the impressive voter turnout, the results suggest that the goal of a politically stable Italy remains at arm’s length for Italians, who once again face a harsh reality of political gridlock, regional division, and a souring relationship with the rest of Europe. In addition, Italy is the latest country to have to navigate precarious populist winds.

In a turn of events few observers could have seen coming, traditional parties like the Democratic Party (Partito Democratico, or PD), led by former Prime Minister Matteo Renzi, experienced a devastating political setback, with most voters having turned to minority parties. The 5-Star Movement (Movimento 5 Stelle), founded by former comedian Beppe Grillo and led by Luigi Di Maio, gained approximately 30 percent of the total votes—enough to make it the party with the most electoral support, but not enough for it to obtain a majority in Parliament. On top of that, a right-wing coalition of parties—formed by Matteo Salvini’s League (Lega) and former Prime Minister Silvio Berlusconi’s Forza Italia, among others—won the most seats, with about 37 percent of the votes. While Berlusconi was expected to have a successful comeback as a political figure, the most popular party in the alliance turned out to be the anti-immigrant League, which eclipsed Forza Italia and to become the predominant right-wing party in Italy.

Because of the fractured results, Italy is bound to face another period of political deadlock, as the elected parties negotiate in hope of forming a new government. As political consultations continue this week, Di Maio has expressed his intention to remain open to cooperation with both the League and the PD. Salvini, on the other hand, only considers the 5-Star Movement to be a potential ally, and in turn has excluded any possible alliance with Renzi’s party. In the unfortunate—though increasingly likely, given the parties’ competing priorities and interests—case that party leaders can’t forge an alliance, current Italian President Sergio Mattarella will have to create a temporary government and call for new elections.

While the dust has yet to settle, the results of the 2018 elections already highlight several issues—both for Italy and for Europe more broadly. On a national level, the elections have brought center stage a striking divide between Italy’s North and South, which are once again placing their trust in radically different parties. The comparatively underdeveloped South almost unanimously voted for the inexperienced 5-Star Movement, which promises a monthly minimum income to fight poverty and unemployment. Meanwhile, in the generally wealthier and more industrialized North, far-right parties led by Salvini and Berlusconi prevailed at the polls.

This isn’t to say, of course, that there isn’t a history to this divide. In fact, to an extent, there have always been some differences between Italy’s northern and southern regions, dating back to when the country was united in 1861. But fast-forwarding, the 2008 economic recession seemed to catalyze these differences, and only worsen the condition of the “noon,” as Italians refer to the South, bringing unemployment there up to 18 percent, almost three times that of the North. (Made worse given that Italy is also one of the most indebted countries in the eurozone.) After a series of established parties were unable to provide the South with the aid it needed, the logical next step was, apparently, the 5-Star Movement, whose political proposals, however economically unrealistic, bring hope to a region that had all but abandoned it years ago. The North, on the other hand, opted for more radical figures, ones that promise to put “Italians first” (sound familiar?) and stem the waves of refugees arriving in Italy almost every day.

Indeed, the refugee crisis was one of the driving themes of the most recent elections, in large part because Italy’s geographical position has turned it into a focal point of Europe’s larger immigration issue. The enormous number of migrants who’ve reached the southern coast by sea, the European Union’s perceived failure to economically support Italy, and the controversial distribution of refugees among EU countries are all factors that have fueled tensions between the North and South. In consequence, right-wing parties like the League have been rather successful at appealing to racism and nationalism, bolstering anti-immigration sentiments. As Italy tries to forge a new government in the weeks to come, it’s key to keep an eye on how these issues might shake out in negotiations, and what ramifications they might bring along with them.

But this election wrangling has implications for the rest of Europe, too. More specifically, observing the elections doesn’t only teach us lots about what’s going on in Italy, but it also confirms a wider trend that’s been playing out across the continent over the last few years: a rising tide of populism. Italy is in fact only the latest of a number of European countries—including Germany, the Czech Republic, France, Poland, Hungary, and the United Kingdom—to have witnessed increasing support for left- and right-wing populist parties. A 2017 study by the European Policy Information Center found that around one-fifth of European voters, or 55.8 million people, pick left- or right-wing populist parties. This shift is a cause of concern for many EU supporters, who fear that populism will harm the European Union’s unity and collective ideology.

And let’s not forget about the refugee crisis. Not only has it sparked negative opinions toward the mainly North African and Middle Eastern migrants, but it’s also strained Italy’s relationship with the European Union. While the country had long been mostly pro-European Union, the arguable lack of help it’s received in addressing the influx of refugees—both in terms of financial allocations and refugee distribution—has stoked anger toward the political bloc, as Italians generally feel abandoned by other European countries.

This negative sentiment has ballooned since the elections: Both the 5-Star Movement and the League share a growing skepticism toward the European Union, and may want to change Italy’s role in it. In particular, young people in Italy seem to hold the strongest anti-EU sentiment. A study conducted by the Benenson Strategy Group in 2017 found that 51 percent of voters under 45 would vote to leave the the European Union in a hypothetical referendum, while 46 percent would vote to remain.

While an “Italexit” isn’t likely to happen any time soon, it’s undeniable that troubling anti-EU sentiments are on the rise, and that the current political candidates, who’ve again hit the campaign trail ahead of regional elections later this month, are perfectly aware of it. As the country grapples with the fact that it has yet to find a consensus candidate or build an alliance, these issues will only grow in importance. As a result, it’s crucial to factor in what any decision will mean not only within Italy, but also when it comes to its relationship with Europe, which in important ways is already navigating tenuous political waters.

It’s still too early to have a definitive idea of what the future of Italy or the European Union might look like in light of the recent elections. But the issues that have surfaced since Italians went to the ballot box are clear—though it seems as if we’re doomed to more political instability, and that no party seems willing to counter it. So, the question I have for my country now is: Will its political leaders present a united front in time to do anything about these issues? Or continue to do what they’ve always done?