A License to Discriminate? 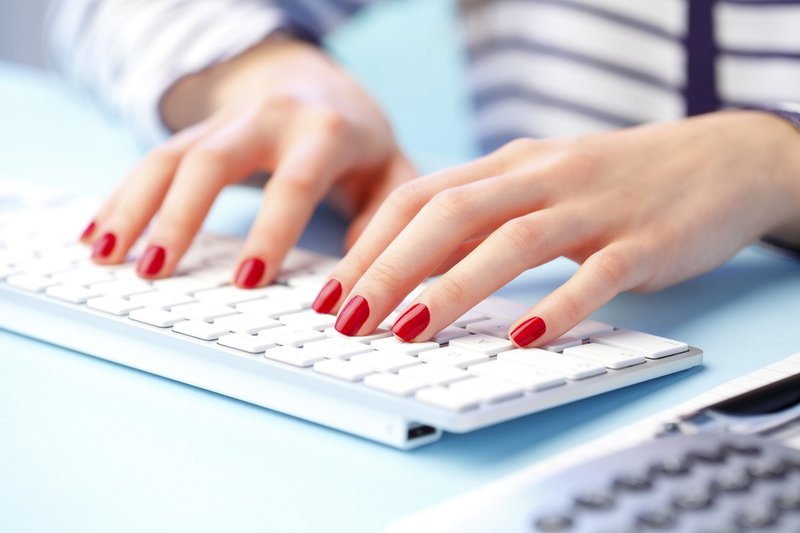 Imagine that you’re the CEO of a male-dominated tech company that’s been excoriated for its sparse numbers of female managers. You decide to introduce a new leadership program for women.

In theory, it’s a great idea. In practice, if it’s not implemented thoughtfully, it could exacerbate existing gender bias in your company, making it even less likely that women are compensated fairly or rise to the top.

That’s because, like a virus, gender bias mutates and adapts to its environment—often in very strange and surprising ways. As International Women’s Day approaches, inspiring calls to reduce gender inequality at work and at home, learning about the strange and unsettling properties of our own biased minds could go a long way to making sure that the steps we take don’t backfire.

Including this: There’s a nascent field of research suggesting that when we do something virtuous and egalitarian now, we may be more likely to do something less virtuous—or racist, or sexist—later. This is known as moral licensing, and it has all sorts of implications for dieting, racism, and...gender inequality.

Take, for instance, the news that the government finally met a goal it set in 1994 to award at least 5 percent of federal contract money to women-owned businesses. “I’m hoping that agencies now won’t sit back and go, ‘The women are taken care of, we don’t have to worry about it anymore,’” Ann Sullivan, the head of government relations for Women Impacting Public Policy, told the New York Times. Moral licensing takes that concern a step further: Could meeting a goal like this potentially serve as a license for agencies to behave in other biased ways?

Iris Bohnet, the author of the new book “What Works: Gender Equality By Design,” and Harvard Kennedy School Professor of Public Policy, thinks that we ought to take this emerging research seriously, especially when we consider the unintended consequences of workplace interventions designed to boost diversity or gender equality that aren’t attached to measurable goals or plans to evaluate overall success. Especially when the actors in question are already prejudiced.

Some research into this field, Bohnet writes, “raises the unsettling possibility that diversity programs aimed at influencing the worst offenders might backfire. A chauvinist manager who has undergone training might assume a moral license when conducting his next interview. Training designed to raise awareness about gender and race inequality may end up making gender and race more salient and thereby highlighting differences.” (I should here offer a caveat: researchers have only just started digging into the gender equality implications of moral licensing, and so many of these observations are speculations based on the studies that do exist.)

I posed the hypothetical tech CEO situation to Bohnet. Could moral licensing increase the chances that the tech CEO, after launching the women’s leadership program, would give his male subordinate a higher raise than his just-as-qualified female subordinate? Or that he would perhaps be more likely to make a biased hiring decision?

Her response? “Moral licensing asks the question: could window dressing lead to worse outcomes? And yes, theoretically, it could.”

Researchers have found that after people (men and women) disagreed with statements like “most women are better off at home taking care of the children,” or “most women are not really smart,” they were then more likely to prefer to hire a man instead of a woman for a stereotypically masculine job. (The bar for the virtuous deed is apparently not very high.) They’ve also found that after people voted for President Obama, they were more likely to express views that favored white people at the expense of black people. In both instances, the theory goes, they felt licensed by the behavior they perceived as virtuous to do something that was less so. A previously virtuous act seems to offer irrefutable evidence that you’re moral, and permission to do whatever you need to do in the next moment.

“The positive spin on this phenomenon is that it shows that people care about morality,” explains Daniel Effron, an assistant professor of organizational behavior at London Business School and a moral licensing researcher. “The concern raised is that people have pretty low standards for convincing themselves that they are moral or egalitarian. Our findings suggest that if people can’t point to something particularly egalitarian they’ve done recently to show non-racist credentials, they’ll think about a lot of really racist things they could’ve done but didn’t actually do...people are also good at convincing themselves that token acts of egalitarianism are solid evidence that they are an egalitarian person.”

So that’s the positive spin: that none of this means that behind every women’s initiative or diversity training there’s some kind of sexist conspiracy. “The malevolent view is that this would be strategic on the CEOs’ part, that these behaviors would quell any assumptions of sexism,” says Dale Miller, a professor and moral licensing researcher from Stanford. “But we find more interesting the case where the CEO generally wants to do the right thing, but the problem is that in the way that a leadership program can bring talented women to the company’s attention, it also has the potential of licensing the choice of men” to hire for that vacant VP position, or to give a man a higher raise than a woman.

Further, though there’s no data to prove it, Miller and Effron both suspected that this effect could have implications for short-listing candidates for a position. On the one hand, it could encourage them to consider a more diverse cadre of candidates. On the other, it could also allow decisionmakers to feel as if they’ve checked a gender diversity box, and may make them less likely to choose a member of that group than if they hadn’t done the short-listing. This effect could also illuminate a potential hindrance to women’s c-suite leadership: the increase of lower-status leadership positions.

“What could happen is if you have women occupying low-status dean positions at a university, that will license you to have only men in high-status dean positions,” Miller explained. “So you can see the irony there, which is that you can, by having more vice presidents in your organization, reduce the likelihood that women will actually occupy the top position in the organization.”

This effect is reminiscent of MIT Professor Emilio J. Castilla’s research, which shows that companies with policies designed to promote meritocratic advancement can actually exacerbate existing inequities. In some ways, this kind of organizational commitment may license managers to discriminate, allowing them to fall back on biases because they’re covered by the meritocratic value system. Castilla calls this the “paradox of meritocracy.”

In other words, these interventions can be double-edged swords. The question is—how do we mitigate against this effect? How do we change norms and beliefs in a sustainable way so that once incentives are taken away, people don't simply fall back to what they were doing before, or do worse things?

A big part of what makes interventions sustainable is making an effort to change not just individual biases, but social norms surrounding the issue, Bohnet says. This happened in the cases of smoking and littering—two acts that have become socially unacceptable in a generation. Behavioral change, “has to go through social norms, and can’t just be a personal thing,” Bohnet explains. “It can’t just concern me and my behavior, but must also concern me being watched by others, and going with the herd.”

Social context is crucial for checking behavior. “Even if no one else is watching me today, I will be less likely to drop a piece of paper on a clean beach than on a dirty beach,” she says. “I will infer from what I see what the norms are in this kind of environment.”

In other words, reaching gender equality goals may be less about changing individual values, and more about changing what acceptable behavior would be in the context of a larger group environment, Bohnet says. People will start to change their minds and behaviors if they think everyone else is, too. And if they see evidence of that behavior change all around them.

Take, for instance, the story of how the UK boosted the numbers of women on its corporate boards. Without introducing quotas, it increased the percentage of female directors on the boards of its FTSE 100 companies from 12.5 percent in 2011 to more than 26 percent in 2015, relying primarily on behavioral design interventions like “comply-or-explain,” which, according to Bohnet, “changed the default of what the right thing to do was. If companies did not meet their goals, they had to justify why not, and to explain what programs they had introduced and why they had not worked.” And, since past unmade sexist comments aren’t sound justifications outside of one’s own head, “Gender-diverse boards became the norm and companies with no female directors were the outliers, indeed, the outcasts that were publicly shamed for it. This is the power of norms.”

Bohnet remains optimistic that behavioral design can drive change, bypassing our resilient and mutating biases to instead change the systems that enable them to thrive. It could just be the vaccine we’ve been waiting for.