The Great Unknowns of Space 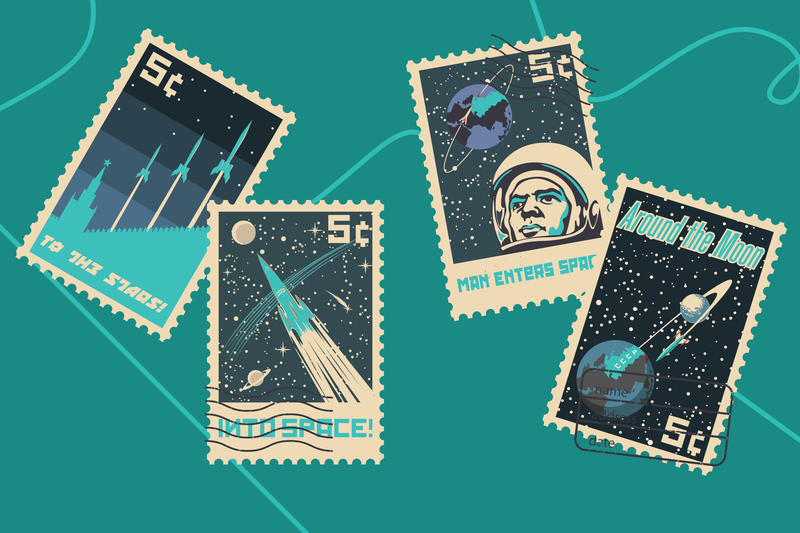 Whether it’s UFOs, military weaponry in space, or just too-close-for-comfort encounters between satellites, the frontiers of space can spark imaginations and heighten our fear of the unknown. But ever since the early days of the Space Race, technology in space — from communications technology to its impact on pop culture — has become an essential part of modern life.

With the formation of the Space Force in 2019, space officially became a domain with a dedicated U.S. military service branch. This September, New America hosted the first Chief of Space Operations, Gen. John “Jay” Raymond, during the 2021 Future Security Forum, 20x20: Redefining National Security for 2040. In conversation with New America Senior Fellow & Strategist Peter W. Singer, Gen. Raymond laid out what he believed the next 20 years of the new Space Force would look like, his vision of space as an avenue to deter conflict, and the challenge of defining norms of behavior in space. As Gen. Raymond puts it, “There’s nothing that we do that isn’t enabled by space.”

The following conversation has been edited for clarity and length.

Peter W. Singer: What do you believe the Chief of Space Operations will look like in the year 2041? How were they trained and developed? What was the flow of their career? What would be similar to your background and what would be different?

Gen. Raymond: The Chief of Space Operations for 2041 will have grown up for the vast majority of her or his career in the Air Force. They have done probably 15-17 years of being a space operator in the U.S. Air Force. And here, over the last 20-something months, has been a member of the new United States Space Force (USSF). ... Our work has largely been focused on integrating space into everything that we do as a joint and coalition force, and that's largely been done facing an adversary that didn’t have any space capabilities. There was not a big space threat in the operations that we have been undertaking since 9/11. What has happened, though, is that potential adversaries or competitors have watched how we have integrated space in this benign domain and they have seen the advantages that that provides us and they are rapidly doing two things: One, they’re building capabilities for their own use to have that same advantage. And two, they’re building capabilities to deny us our access to space. So that's why we stood up an independent space force—to take the opportunity, while we are still the best in the world in space, to have a service that comes to work everyday dedicated to this. … Over the last couple of years, [the future Chief of Space Operations] will have begun to mature the thought of space as a warfighting domain and an independent view of space power coequal with all the other services.

Singer: Can you tell me about the decisions that the Chief of Space Operations might be making in the future, including everything from the grand strategy all the way down to the way that they apportion out their day? What will be similar to your day-to-day and your strategic thinking? What might be different about the larger challenges they face?

Raymond: In the twenty years from now until when they become a service chief, we hope to instill a better and deeper understanding of this new warfighting domain. We want to instill in them a deeper understanding of deterrence. I really believe that space will play a significant role in the ability to deter conflict … I think that the Space Force Chief will also be someone with a global view. Our domain requires that. I think this professional will have to have a broader and deeper understanding of all the different sectors of space, whether it be national security space, international space, commercial space, and civil space. We all operate in the same domain. Going forward, we see challenges with space becoming way more congested than what it is today … and I see it becoming even more contested as well. … Our goal is not to get into a conflict that begins or extends into space. It is to deter that. There will have to be a level of understanding of deterrence. There will have to be decisions on escalation control. What’s hostile? What are the rules of engagement, as we mature this warfighting domain? All of these things are going to be part of this calculus.

Singer: Do you have interference concerns with the thousands of satellites, like SpaceX’s Starlink satellites, being inserted into low-earth orbit?

Raymond: The Space Force acts as the space traffic control for the world. We track about 30,000 objects that are orbiting today. To use the start of COVID as a tie-back, back when we first started wearing masks, there were about 1,500 active satellites in orbit. The rest of all that was debris. Today, the number of satellites that we are tracking is well over 4,000. We have seen significant growth, and there are more coming. We take about 400,000 observations per day of everything that’s in space. We do all the analysis to determine if two things are going to potentially collide and warn the world if we see potential collisions. We don't want to create more debris in space. In 2009, for example, two satellites collided and caused about 3,000 pieces of debris. It is a full-time job to keep that domain safe and it is going to continue to increase. I think that also [brings up] the need for norms of behavior and debris mitigation steps. People ask me all the time, “How do you solve the debris problem?” The way you solve the debris problem is don’t create the debris in the first place. Don’t litter space when you launch a satellite. Don't have two things collide. Have engineering standards that don't cause satellites to break up at the end of their lives. All these things on the responsible use of space are important.

Singer: What space-based behavior is aggressive, but benign, and what crosses into that act of war?

How Will We Govern Ourselves in Space? (New America Weekly, 2019): A new golden age of space exploration is upon us, but this spaceward rush raises questions about how we will govern ourselves beyond the bonds of Earth. We consider these questions and how we can ensure our democratic values are reflected in our new frontier

Someday We'll Have to Deal With Squatters in Space (New America Weekly, 2019): Overeager American settlers aren’t the only problem as nations race to the moon, and they could quickly swallow up property. Even with the 1967 Outer Space Treaty, foresight and preventive action are needed to ensure squatters are a thing of the past.

Property Rights in Space Sounds Great, Until We're Actually There (New America Weekly, 2019): During an interview with the writers of “The Expanse,” Daniel Abraham & Ty Franck, they discuss the expansion and privatization of the space industry, and the connection between sci-fi and the future of space-settlement.