To achieve gender equality and work-family justice, we need a more inclusive ideology modeled on the intersectionality of Black feminism 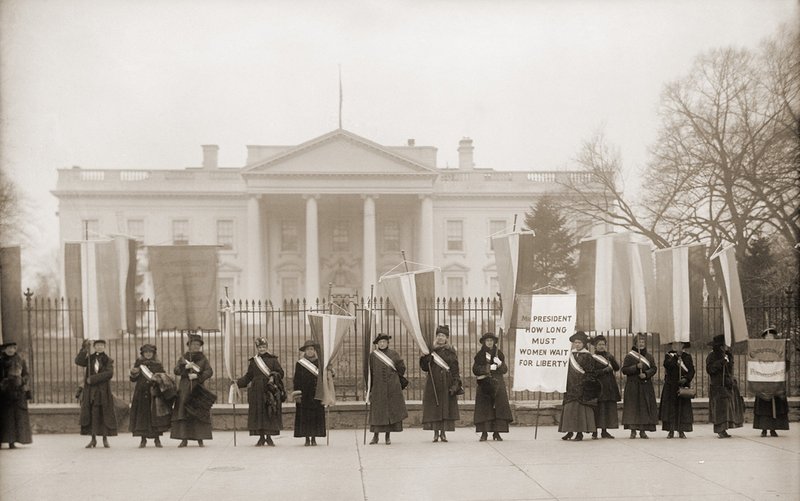 The coronavirus pandemic smashed the illusion of gender equality into a billion tiny pieces. For so long, white feminism has celebrated the success of a few — women who gain powerful political positions, lead the largest Fortune 500 companies, and foray into historically male-dominated spaces — while overlooking the suffering of millions. According to Koa Beck, journalist and author of the new book, White Feminism, the ideology and strategy of white feminism “focuses more on individual accumulation, capital and individuality.” With brute force, COVID-19 took a sledgehammer to white feminism’s illusions of progress to expose a harrowing reality: despite decades of feminist organizing, women are still sinking under the weight of inequality at work and at home.

When COVID-19 infection rates began to rise in March 2020, women lost more than 12.2 million jobs, and still had a net loss of 5.1 million by February 2021. Overrepresented in the sectors most impacted by pandemic layoffs, such as hospitality, leisure, and retail, women of color and women in low-paying jobs were left reeling. In May 2021, months into recovery, Black women’s unemployment rate was 1.5 times that of white women’s and similarly, Latinx women’s was 1.6 times higher than their white counterparts’.

For the millions of women who managed to keep their jobs, work took a backseat to caregiving and household responsibilities. This work overwhelmingly fell to them rather than to the men in their households. Consequently, 2.3 million women exited the labor force by February 2021 and many are still leaving in the hundreds of thousands, even as men continue to enter it. On the front lines, women of color were overrepresented and at higher risk for contracting COVID-19; they too struggled to access care for their children when 60 percent of childcare centers across the nation closed during the pandemic’s peak. This is the state — the reality — of gender equality in the United States.

So how did we get here? In White Feminism, Beck provides an answer: When it comes to the lack of work-family policy support that could have helped women survive, and even thrive, amid unprecedented disruptions to work and family life, white feminism — one culprit among several — is to blame. It has ultimately failed to robustly advocate for essential policies, like universal paid family and medical leave, or a strong care infrastructure. As we grapple with the damage the pandemic has wrought on the households and livelihoods of women over the past year, we must confront the failures of white feminism and advocate for an inclusive feminist movement that centers the collective survival and thriving of all women, rather than the success of a few. But to truly understand how and why white feminism has failed women, and especially women of color, it is necessary to survey a bit of its history.

Tracing the roots of white feminism in the United States back to the 1848 Seneca Falls Convention, Beck explains that the founders of the women’s rights movement primarily wanted one thing: “Shared power over systems with men.” Above all, early white feminists wanted to vote. In their pursuit for power, they proved themselves unwilling and uninterested in prioritizing the political enfranchisement of African Americans post-Civil War. In 1865, Elizabeth Cady Stanton, one of the most prominent figures in the movement, wrote a letter-to-the-editor saying, “..now, as the celestial gate to civil rights is slowly moving on its hinges, it becomes a serious question whether we had better stand aside and see “Sambo” walk into the kingdom first.” White feminism, from the start, sought “self-preservation,” as Stanton put it, above all things. Over the course of a century, white feminists sought power over, rather than liberation from, oppressive systems.

We must confront the failures of white feminism and advocate for an inclusive feminist movement that centers the collective survival and thriving of all women, rather than the success of a few.

Fast-forward to the 1960s and 1970s, when the leading white feminist organization, the National Organization for Women (NOW) focused most of its efforts on increasing women’s corporate and political reach. As Beck explains, NOW did not build out its anti-women’s poverty platform nor did it increase membership among low-income women. Rather than challenge the very structures and systems that perpetuated white supremacy and inequality across gender and class, it left behind the women marginalized and oppressed by these very systems. In the absence of a feminist movement dedicated to addressing racial, economic, political and gender oppression, women of color advocated for and created alternatives.

As early as 1866, Black women called for a more inclusive feminist movement rooted in intersecionality. A year after the Emancipation Proclamation, Frances Ellen Watkins Harper — a Black woman, orator, abolitionist, activist, and writer delivered a speech at the 1866 National Women’s Rights Convention. In it, she challenged white feminism’s failure to fight against racial oppression, which affected Black women. “I tell you that if there is any class of people who need to be lifted out of their airy nothings and selfishness, it is the white women of America,” ended Harper. In this speech, she alluded to the shortcomings of white feminism, voicing the need for a different ideology rooted in liberation for all women.

In the early 1970s, a group of Black women heeded Harper’s call. The Combahee River Collective imagined an alternative and more inclusive feminist ideology whose understanding of intersectionality can continue to serve as a model today. Founded by Black women in 1974, the Collective acknowledged the intersectional nature of oppression. In their inaugural statement, the founders articulated that focusing on one oppressed identity alone “leaves out far too much and far too many people.” Freedom for Black women and all women necessitated the synchronous dismantling of systems of heterosexism, sexism, economic exploitation, and racial oppression. This form of inclusive feminism imagined something bolder than individual success; it envisioned freedom for everyone and necessitated sustained, collective action for structural change. However, Black feminism was not the dominant model of feminism — white feminism was and continues to be,

Today, white feminism tells women that they can make it to the top if they demand more, work longer, and change their mindsets. White feminism is plastered on magazine covers and hangs in the air at empowerment conferences. But, as Beck explains, if individual achievements and corporate success continue to masquerade as gender equality, then structural issues, like minimal access to paid leave and unaffordable childcare, will continue unabated. Even worse, the issues that overwhelmingly affect women of color — labor market segregation, underpaid care work, mass incarceration, wage gaps, and racialized gender violence — will still go unaddressed by the mainstream feminist movement. Until an alternative feminist ideology is adopted, gender inequality, rooted in structures and systems, will persist.

If an inclusive form of feminism, like the one imagined by the Combahee River Collective, were adopted as the dominant model in 2021, what would the movement for gender equity look like today? What demands would feminists make and what solutions would they offer?

An inclusive feminist movement, grounded in the experiences of women of color, and fighting for freedom for all people, is one that would bring about true work-family justice. With this movement, we would demand paid leave policies that center the needs of the most marginalized workers rather than the most privileged. Such a movement can demand that the government invest in childcare that is affordable, accessible, and high quality for the parents who currently have the least access to it. This feminist struggle will not be easy, but to succeed, it must be grounded in the collective uplifting of those white feminism has repeatedly failed and left behind. In the future, we should be able to look back and mark the COVID-19 crisis, and the deep societal fissures and inequalities that it laid bare, as the birth of a new moment of inclusive feminism.

Crisis Conversations: Women and Leadership (Better Life lab): In this podcast women leaders and thinkers share what needs to change to create space for more diverse women leaders, and to enable them to thrive. And why — especially now — that matters so much, for all of us.

Feminism Doesn't Have to Be Comfortable for Everyone (NA Weekly): This article we discuss intersectionality within feminism, and how our desire to be comfortable over moral ground has left out women of color in the feminist movement.