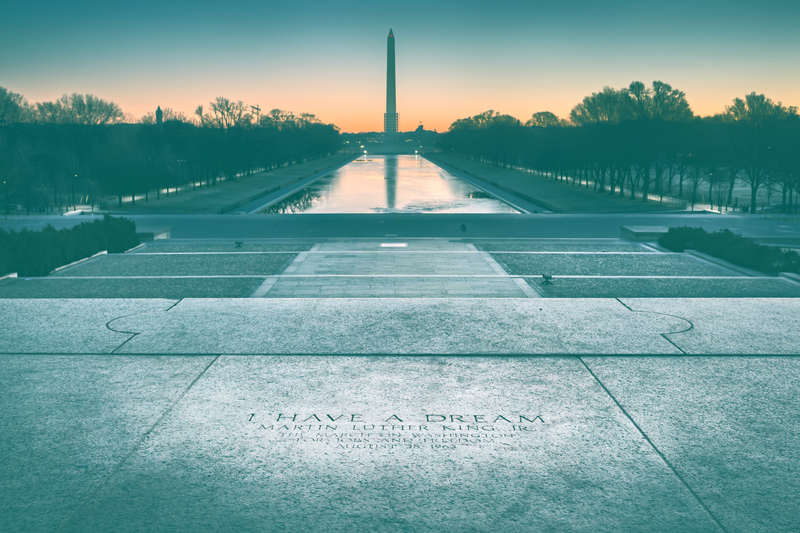 After Dr. Martin Luther King, Jr.’s assassination, former Rep. John Conyers (D-Mich.) and former Sen. Edward Brooke (R-Mass.) introduced a bill in Congress to make King’s birthday a national holiday. Initially failing to pass after first coming to a vote in 1979, the bill wasn’t passed by Congress until 1983 with its first observance as a national holiday in 1986. This upcoming Monday, January 17, 2022, will mark the 36th anniversary of this national day of service, recognizing the legacy of Dr. King and celebrating the life and achievements of an influential civil rights leader. Here are a few essential works for this weekend to read and watch for people of all ages to learn more about his legacy and how to carry it on:

Being a Black “middle Millennial,” I grew up always singing Stevie Wonder’s “Happy Birthday” (Hotter than July, 1980) before even thinking about singing the traditional version. My birthday is next month and my dad already knows the very first phone call I get has to be him singing the Wonder version. I didn’t learn until I was an adult that this birthday staple was both a tribute to Dr. Martin Luther King, Jr. and a song created to popularize the campaign to make Dr. King’s birthday a national holiday. The fact that it was so difficult and contentious to get the holiday created and observed shouldn’t be lost, especially as his legacy continues to be sanitized and his work de-radicalized. Wonder understood.

Though this video is older than some of your children, it’s a timeless favorite of mine. Cultural commentator Jay Smooth created the video “Ten OTHER Things Martin Luther King Said” in response to seeing the same two or three clips of Dr. King shared each MLK holiday supporting an uncritical, “Disneyfied” version of Dr. King and his work. Dr. King was his “I have a dream speech” — a champion of civil rights — and a devoted advocate for the poor and oppressed. He had a radical vision of anti-militarism, equality, and justice. Once you’ve watched the video, follow up with Dr. King’s “Letter from a Birmingham Jail” and see how resonant and relevant it is today (and who exactly he calls out).

I spent several years working with Mississippi high school students through the Summer Youth Institute. Each summer we’d charter a bus and fill it with young folks who may have lived in the same small towns their entire lives, but never interacted with one another, separated by a literal set of railroad tracks. Whether they attended the white flight academy or the severely underfunded public high school, most had little connection to their local community histories — histories so hard that elders practiced self-preservation by not sharing what happened across those railroad tracks. One summer I came across Nikole Hannah-Jones’s “Ghosts of Greenwood” article in ProPublica and knew my students had to read it before we rode to Money and Greenwood, Miss. to reckon with some very hard history. I still have pictures of those 15- and 16-year olds with their heads down in their binders, totally focused on Hannah-Jones’s article while we drove down dusty highways.

I’m from, of, and currently live in Mississippi, and I couldn’t close out this list without lifting up Fannie Lou Hamer and her testimony at the Democratic National Convention in 1964. If you want to see someone speak so much hard truth to power that President Lyndon B. Johnson tried to hold an impromptu press conference to turn attention away from her speech, just push play (transcript of the speech available here). Much like Dr. King’s “Letter from a Birmingham Jail,” Mrs. Hamer’s speech is all too relevant in our current moment as voting rights are being stripped from those most marginalized.