Making the Most Change Doesn’t Always Mean Running for Office 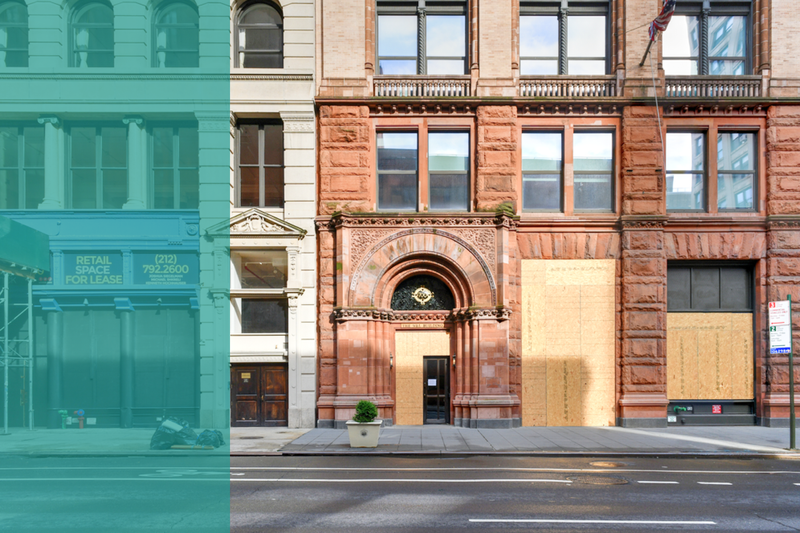 Whenever I run errands these days, I like to check in with local store owners, my fellow New Yorkers, to see how they’re holding up. I missed seeing them during the height of the pandemic, when my asthma and sluggish immune system kept me locked inside the house. But, as I started venturing back out into the world this past January, I soon discovered that my neighborhood shops and businesses had not fared well. As I walked home past stores beaten down by the pandemic—the shuttered Australian breakfast place, the nail salon that was only open a few days a week, and the darkened indie bookstore that only does pickup—I felt the neighborhood’s pain in my bones. These were business owners I’d known for over a decade.

As I finished my errands that January afternoon, I raged quietly at our elected officials who had left these local business owners feeling abandoned and afraid. Government could and should help. As a public interest technologist whose day job is to help the public sector get better at using tech practices like data analytics or user research and design. I understand the government's capabilities, and I see where the holes are. So I wondered, what could I do to make that happen?

My first thought was to reach out to my New York State assembly member. He quickly responded to my email and we met up for a socially-distanced walk in the park. He listened to my rant for a while, and then suggested I run for an open city council seat. As a reticent introvert, I was taken aback by this suggestion, but as I discussed the idea with friends and colleagues, I began to warm to it. This could be the opportunity to create the meaningful change in my community that I’d been searching for.

I asked a friend with Broadway connections if she would help me fundraise. She texted back an enthusiastic yes and then asked who would be my campaign manager. I thought to myself, wait, was this really going to happen?

But in the swirl of excitement, the thought crossed my mind that I should double check which city council district I was in. I knew that while most of my neighborhood was bounded by one district, my home was on the border. But on which side? I did some quick searching and was deflated to learn that I actually lived a stone’s throw from the district I thought I would represent. My councilmember’s seat was not the open one.

But perhaps there was another open office that made sense for me to represent? I pictured myself handing out campaign literature at the subway station. I watched a city council meeting on Zoom and thought, that looks fun! I could do that, I want to do that! But one thought lingered in my head: Would I have less of an impact as an elected official?

In my current role as director of strategy for the Public Interest Technology program at New America, I have the opportunity to work on state, local, and national projects. I get to advocate every day for the value of incorporating user research, data, and delivery into the policy design process. I’ve testified in front of Congress on the technology and service delivery failures the pandemic had brought to light. My team was steeped in plans for infusing ethical thinking into public interest technology projects. We were working on creating policy feedback loops for lawmakers in Congress.

Today’s lawmakers—especially those who came of age before technology was so pervasive —need help adjusting their thinking to the modern era.

But if I held local office, could I actually enact some of the policies I’d been advocating for? Still intrigued by the potential of having a real impact on my community as an elected official, I persuaded a sitting city councilmember to speak with me about the campaign process. Our conversation took us to the topic of food pantries. Food pantries in New York, unsurprisingly, do not have a centralized database, so there is no way to track anything at a city level, such as food stock or recipients. This means each pantry is essentially its own entity, rather than benefiting from being part of a coordinated network. Every time the city council tries to do something to fix the issue, they get shut down by the city’s legal team over privacy issues.

The tech side of my brain snapped to attention, and I told her what she probably needed to build wouldn’t be difficult or time consuming. In fact, something that does what the city needs may already exist, and it might just need to be tweaked. What about the privacy issue, she asked? I told her there had been a lot of creative solutions to using cell phone data by anonymizing it. I mentioned the contact tracing app the Canadian Digital Service had rolled out a few months earlier. “I’d have to look into the details,” I told her, “but I know it is possible.”

“We desperately need your thinking in the city,” she said. However, she advised me not to bother running for anything. I should be talking to the mayor.

This was not a comment about how smart or original my thinking was. This was a comment about my facility with technology. Politicians understand the importance of having someone who is tech-fluent in policy conversations, in city hall, and giving advice to the mayor. In theory this role is filled by a city or state’s chief digital officer. New York City already has at least three such efforts, and the state has one. But word of that work has not reached elected officials—likely because these leaders have not prioritized technology or centered humans in their thinking, rendering those resources out of reach for lawmakers. Today’s lawmakers—especially those who came of age before technology was so pervasive —need help adjusting their thinking to the modern era. They need to understand that technology should be integral to how services are delivered, determining what success looks like, and tracking which interventions truly provide help and which just provide one more incomprehensible bureaucratic hurdle.

Making sure people understand the value of tech-fluent thinking at a national level, is already my job, in a sense. Every day for the last four years I have worked to grow the field of Public Interest Technology. And we are starting to see results. Congress recently authorized $1 billion for federal tech modernization projects. Digital service efforts have popped up in a multitude of states, and are having real impact in places like New Jersey and Colorado. Every day more people and organizations learn about the field and understand that they must change their approach to problem solving to incorporate real people’s needs, to meet them where they are instead of where they would like them to be.

So I filed away the mental image of me handing out campaign literature at the subway stop for a later date. For now, my current role lets me make the changes I see the world needs. Perhaps there will be a time when an elected role makes sense as a next step. Maybe the evolution of this work is that publicly-minded technologists eventually run for office and make change that way. Public interest technology is still a new field and the career paths are still evolving. But this election cycle, at least, my work won’t require me to knock on any doors.

Bringing Tech Talent to the Halls of Congress: Q&A with Travis Moore (Public Interest Technology University Network): Public interest technology practitioners can change the world. Travis Moore talks about the importance of tech expertise to policymaking, and why he founded TechCongress to get it done.

The rise of the C-suite in city halls (Political Reform): The private sector has led consumers to expect fast and reliable services, and the public sector is fighting to catch up. Hollie Russon-Gilman writes for Axios about the rise chief technology officers, chief information officers, chief data officers, and chief analytics officers in government.