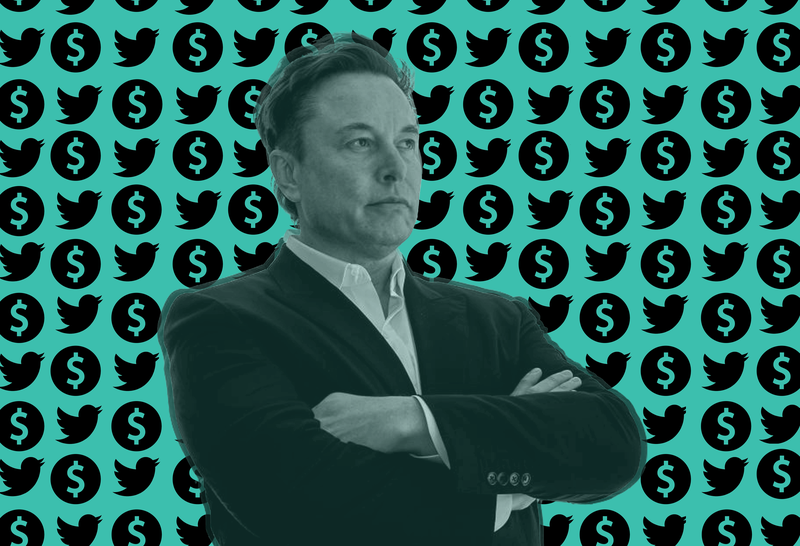 Way back in 2008, I remember entertaining guests at a dinner party by describing this new service I had just joined, that allowed me to send 140-character missives into the ether and read the bite-sized musings of sundry friends and strangers. My Blackberry Pearl’s interface was clunky, but the SMS integration got the job done, in a pinch. My friends were skeptical this would ever take off, and we agreed Twitter would probably be a flash in the pan once its founders realized there was no way to make money off of it.

Facebook, which was still largely the province of college students and twenty-somethings like ourselves, seemed more promising, though we lamented the graying and professionalization of its user base. Social media was for keeping up with friends and goofing around, we insisted. We didn’t want to see our parents, our boss, our elected officials, or anyone trying to make money there.

Obviously, we were naive. The iPhone was still two years away, and we didn’t know how central social media would become to our lives. We didn’t realize that the commercialization of social media had already been determined by Clinton-era internet policy and by Google’s discovery of surveillance capitalism. We certainly didn’t anticipate the role that Twitter, specifically, would come to play in American public life.

We were right about one thing, though: Twitter has always struggled to make money, even as its competitors Google and Facebook reached previously unfathomable levels of profitability. The three companies evolved in parallel as they confronted shifts in the zeitgeist that forced them to actively moderate user content. The days of the Arab Spring, when conventional wisdom held that human rights and democracy demanded an online free-for-all, are long gone. Content moderation, once an obscure subject of academic inquiry, is now at the heart of American political and cultural conflict.

And now Twitter is under the control of Elon Musk, a man whose public commentary inspires very little confidence that he understands the difficult decisions involved in content moderation, much less the legal and human rights obligations his new company is expected to meet. His main motivation seems to be a desire to roll back Twitter’s content rules and their enforcement, which he sees as detrimental to his ideological fellow-travelers. This is very concerning to many people who have been studying platform power and advocating for changes that support democracy and human rights. The timing of the takeover, days before the U.S. midterm elections, is particularly bad.

“Content moderation, once an obscure subject of academic inquiry, is now at the heart of American political and cultural conflict.”

Once the self-styled “free speech wing of the free speech party,” Twitter has made a concerted and laudable effort in recent years to improve not only its rules but also their enforcement and the design of the user interface, and to be more transparent about its policies and practices. Twitter topped the Ranking Digital Rights (RDR) Big Tech Scorecard for the second time in 2022, thanks largely to its content-related policies and relatively detailed data about actions it takes to moderate content. The Musk takeover puts this progress in jeopardy.

Civil society has once again found an ally in the advertising industry, as it did in 2020 when the #StopHateforProfit campaign pressured Facebook to improve its moderation of hateful content. Members of the coalition met with Musk on Wednesday, noting their appreciation of Musk’s commitment “to not re-platforming anyone until there is a clear and transparent process; maintaining the infrastructure, enforcement, and policies for election disinformation until at least after midterm elections have been finalized; and including representatives of groups who face hate-filled violence in designing and participating in content moderation policies and processes, including a proposed council.” (Actions speak louder than words, though.) The related #StopToxicTwitter campaign calls on advertisers to “cease all advertising on Twitter globally if he follows through on his plans to undermine brand safety and community standards including gutting content moderation.”

This is a pragmatic campaign and one that RDR, where I work, supports. That doesn’t make it any less concerning that a boycott from advertisers — Twitter’s customers — may be the only way to hold the “Chief Twit” accountable for ensuring his company takes steps to respect democracy and human rights. Just as troubling is having to rely on investors to do so — an approach that RDR also actively promotes. The problem isn’t the tactic; it’s the set of circumstances that make it necessary. Jack Dorsey, Twitter’s co-founder and two-time CEO, may have been onto something when, earlier this year, he texted Elon Musk that “Twitter started as a protocol. It should have never been a company. That was the original sin.”

Social media companies are trying to square an impossible circle: provide a free service that billions of people around the world have come to see as an essential public service while delivering consistent returns on their shareholders’ investments. Taking Twitter private won’t free its new leadership of that burden: Repaying the banks who underwrote the sale could cost up to $1 billion a year, the New York Times reports.

On top of the difficult choices involved, the reality is that running a social media platform is very expensive. After an initial influx of venture capital, Twitter, Meta, Reddit, Snapchat, TikTok, and their peers all turned to advertising revenue to pay the bills and reward investors. That business model created conflicting incentives for user privacy and for content recommendation, curation, and moderation that are at the heart of regulatory and legislative battles around the world. Platforms can only serve so many masters at once, and the demands from brands, advertising managers, governments, public figures, and ordinary users of all ideological persuasions seem impossible to reconcile. As Mike Masnick reminds us, people who run social media sites end up having to learn the same set of lessons, and their policies tend to converge over time.

Elon Musk will need to decide whether he wants Twitter to be profitable, and thus governed by balance sheets, or if he wants it to be “free,” by which I think he means subject only to his own principles. Either way, the rest of us will need to get over the idea that any profit-seeking entity can provide a digital public square.

“Social media companies are trying to square an impossible circle: provide a free … public service while delivering consistent returns on their shareholders’ investments.”

This begs the question: Is a digital public square possible? Or even desirable? I’m not so sure. First, it’s more realistic to think in terms of public squares, plural. We already talk about multiple intersecting Twitters (like Black Twitter, Academic Twitter, Crypto Twitter, etc.) that each have their own norms and vibes, but are nonetheless interoperable. And of course both the traditional media and other platforms are crucial to public life. More fundamentally, as I told members of Congress last year, any business that relies on pervasive, sustained human rights violations — as surveillance advertising does — will inevitably foster further abuses. That’s no way to run a democracy.

Still, the changes at Twitter (whatever form they end up taking) mark a turning point, though “to what end” is very much to be determined. The apparent mass migration from Twitter to Mastodon, the decentralized social media project, offers a natural experiment. Many of my peers and colleagues seem to be abandoning Twitter in anticipation of it turning into an unmoderated cesspool, or at least setting up a Mastodon presence to hedge their bets. Others, like the Atlantic’s Tom Nichols, argue for staying on Twitter, not least because online communities that migrate from one social network to another incur real costs, and some don’t survive the transition. (For my part, I remain a power-lurker and occasional tweeter, with every intention of figuring out how to use my Mastodon account, eventually.)

In the near term, applying pressure on Musk to maintain current content moderation standards (and improve on them) is important. But the bigger problem remains: A host of dynamics have conspired to land us in a quagmire where a handful of white, male, ideologically homogeneous billionaires have immense power over the means of communication, and we are running out of levers to hold them accountable when they do us wrong.

The 2022 Big Tech Scorecard (Ranking Digital Rights, 2022): For the sixth year, no digital platform earned a passing grade. While we see some progress, this is no time for business as usual. Companies must do better to protect their users and the public interest.

We Can’t Govern the Internet without Governing Online Advertising. Here’s How to Do It. (Ranking Digital Rights, 2022): In this essay, read about RDR’s prescription for fixing online advertising, and make a case for how this could help solve some of the problems with regular online content, too.

It's Not Just the Content, It's the Business Model: Democracy’s Online Speech Challenge (Open Technology Institute, 2020): This report articulates the connection between surveillance-based business models and the health of democracy.