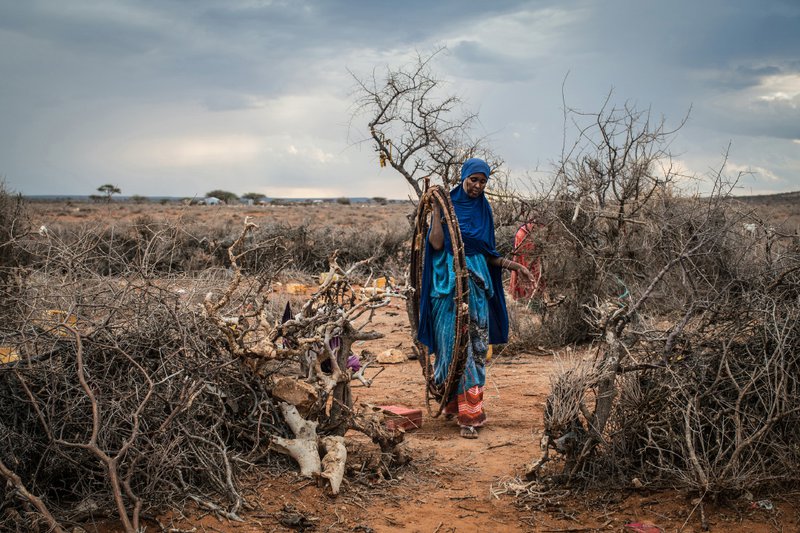 Climate security is a hot topic amongst the ‘3Ds’—defense, diplomacy, and development—from the UN Security Council to capitals around the world. This growing consensus that climate change is a geopolitical risk and instability accelerant is one thing, but it’s another to actually build climate security. On May 18th, New America’s Resource Security Program held a public event with top global experts in the climate security field discussing the state of the climate, peace, and security community of practice, with a focus on decision support tools and best practices.

To kick things off, Sharon Burke proposed the following definition of climate security, drawn from a U.S. publication: “climate change is a threat multiplier, exacerbating existing risks to security.” The panelists largely agreed that the threat multiplier language was useful in building support and understanding, but did not fully encapsulate climate security. First, a number pointed out the complex linkages between climate change and peace and security, many of which may not constitute a “threat” with agency. Others noted that there are also direct climate change impacts on security, particularly if risks go unaddressed.

After dealing with lexicon and framing, Daniel Abrahams of USAID offered a few thoughts on how the agency is looking at climate security. Abrahams described the momentum on and interest in climate security as going beyond adaptation and mitigation to include things like “highly localized questions about climate change and gender based violence and the potential for environmental peacebuilding to mitigate cross-border conflicts.”

And finally, all the panelists offered thoughts on how climate change is actually practiced, which is captured well in the myriad examples of Climate Security Practices (CSPs) listed in Clingendael’s recent report on the subject.

Definitions of the term 'climate security' differ, some referring specifically to climate-related risks to peace, security, and stability, and others referring to specific practices that address those risks. Likewise, phraseology differs, with some organizations using climate fragility, climate security, or climate-related risks to peace and security. Here is a summary of definitions offered at this event, plus our own proposed definition: 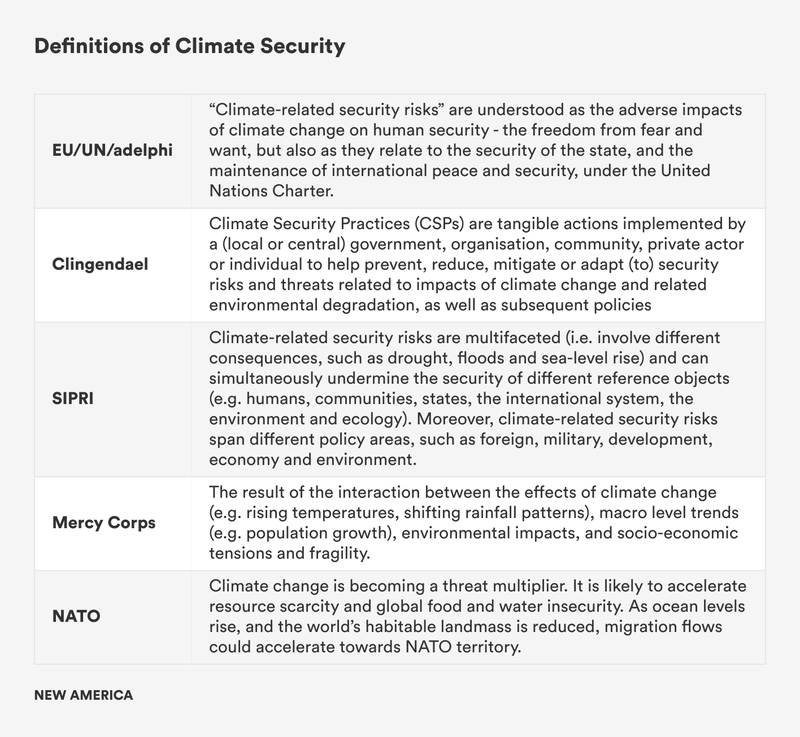 Taking the above definitions into account, we propose the following working definition of climate security: The interactions between change in global, regional, or local climate patterns and political, military, economic, and social risks/stresses to peace, security, and stability. Operationalizing this concept is captured well in the recent report on climate security practices from Clingendael’s Planetary Security Initiative.