Buckets of Opportunity in Rural America 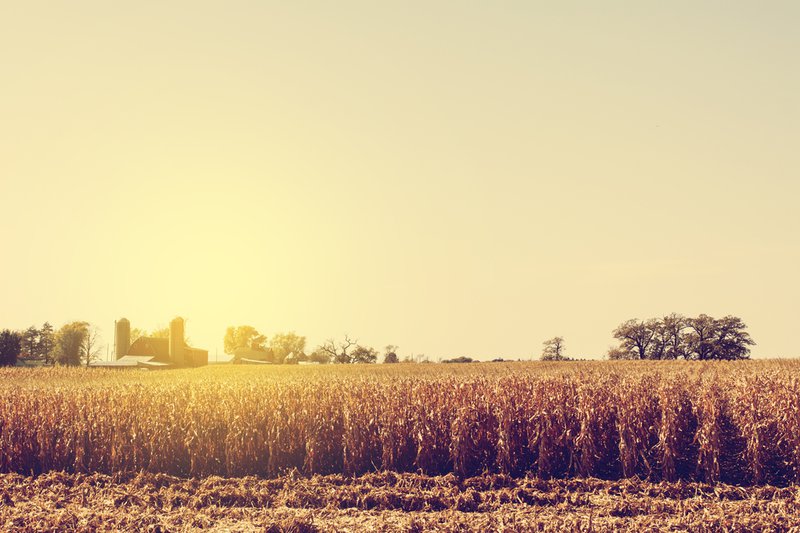 Over dinner, my six-year old daughter Lucy told me about buckets. “My teacher says we all carry invisible buckets,” said Lucy. “They are sometimes ‘full’ with feelings like, joy, courage, and hope, and sometimes they are ‘empty’ because we’re angry, sad, or worried.” My first reaction was one of awe and amazement at her new and deep knowledge. My next thought was – boy, rural America knows all about Lucy’s bucket system.

Days before our conversation, I’d sat in a conference room in Charlotte, North Carolina, with 50 other rural leaders and colleagues from 17 states, working in health, education, energy, and investment. We came from Indian Country, the Black Belt, Appalachia, the Delta, the Midwest and the Colonias along the border.

We gathered to brainstorm big ideas for improving the outlook for our rural kids, families, and communities. All of us carried invisible buckets to the table, half-filled with hope and half-empty with worry.

The 2016 elections brought overdue attention to rural communities, but the coverage focused more on the “angry rural voter,” and less on how rural places are persevering with a fraction of the resources of their urban counterparts.

There are no easy answers—only buckets-- to explain how Donald Trump’s campaign penetrated the consciousness of rural America. Unlike the Democrats, he managed to tap into our cultural experience.

In my hometown, the local radio station reported that a Trump campaign bus would stop in our square for few hours on its way to Chattanooga. Hundreds of my neighbors turned out. There was no Trump or Pence, but there was BBQ, music, and photo-ops in front of the bus.

It’s the kind of thing Dolly Parton would do, drive into town and create a spontaneous potluck-- except she’d actually be on the bus.

When Trump did show up in our small towns, he promised us jobs, “great” healthcare and education, broadband, and a generous farm bill. Just a few hours up the road from me, he gave a speech telling coal miners he would slash the EPA budget and bring back “beautiful, clean coal.” It’s a preposterous thing to say, but it spoke directly to those empty buckets we sometimes carry.

Now, two months after taking office, President Trump has rejected the constituents who put him there and is penciling rural places out of the budget. The Administration is asking Congress to cut or eliminate programs that help feed and educate rural kids and house rural veterans. There is urgency to rollback the regulations that help us protect the nation’s essential resources, like water, soil, and air. The FCC has stifled most of the orders that would protect or expand broadband access to rural places. And then there is the dismantling of the Affordable Care Act, which has gone further than any health initiative to create gains in rural access to healthcare.

While the nominee for Secretary of Agriculture said last week he believes “the president understands that many of his votes came from [rural areas],” it must be betrayal or contradiction that would allow a 21% cut in discretionary spending by the USDA.

It’s more critical than ever to keep rural places in the nation’s consciousness, not because of the rural vote in the 2016 election, but because the futures of the city and the countryside are intertwined. Rural health and prosperity is essential for all of us.

In spite of the challenges, rural people are doing their part to meet the needs of the country through innovation and persistence. Rural America continues to provide the energy that runs the nation, the food that feeds us, and the natural resources with which we build our homes and cities. It even provides a disproportionate share of the soldiers who defend our country.

At the Big Ideas Forum, we covered more ground than the campaign bus that rolled in and out of our small towns. We focused on a rural future that builds upon the assets that we know exist in our communities. It is a future that is not tied to extraction and manufacturing but endeavors to recognize the history, the relationships, and the culture of a place.

We looked at work that is happening right now, often in partnership with the governmental programs this Administration would eliminate: from cooperatives and nonprofits working together to improve community infrastructure, to a bilingual education initiative on the Texas-Mexico border that is steeped in local culture.

We heard about a sustainable and profitable farming model that provides jobs to refugees and new Americans and is responsive to climate change.

We learned about a civic engagement model that helps communities address politically and culturally divisive issues, and we affirmed the role of the arts in all forms of community development.

These examples of rural ingenuity are just the tip of the iceberg, and what if they were the stories we knew about rural people and places? Could we see rural as our country, rather than Trump Country?

At dinner, Lucy concluded, “When you fill up someone else’s bucket, you fill up your own, too.”