Waiting for a Check That Never Came

While millions of families received their stimulus money, nearly a half a million are still waiting. Here's one of their stories. 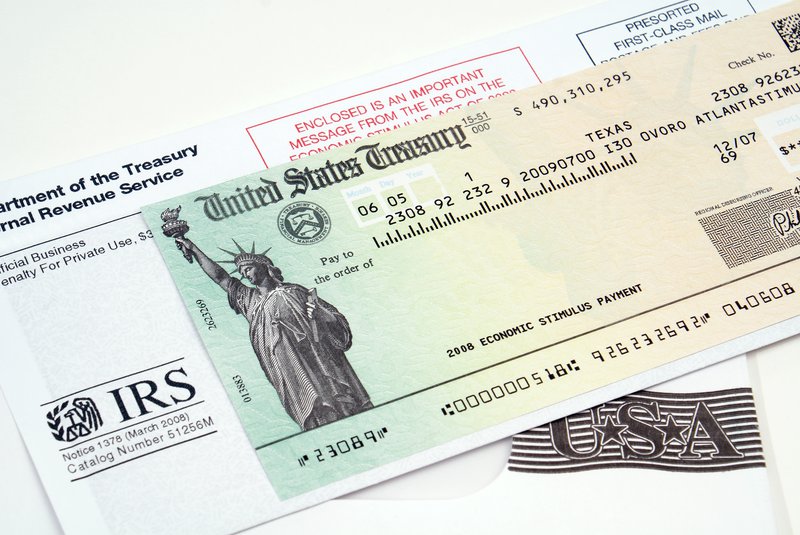 Deborah DeMuro was relieved to learn in April that she was eligible for $1,700 in stimulus checks from the Coronavirus Aid, Relief, and Economic Security (CARES) Act — $1,200 for herself, and $500 for her son. DeMuro, who is disabled and lives on a fixed income of about $1,500 per month, urgently needed the money; prices were skyrocketing during the lockdown, and bills for her family including her disabled husband were piling up. However, a technical problem coupled with a too-soon Internal Revenue Service deadline made getting the entire stimulus check harder than expected. Today, the family is still waiting for their relief-- without a solution in sight.

DeMuro, who received her $1,200 automatically, learned on social media that in order to receive the $500 payment for her son, she would need to register for it via an IRS Non-Filer portal by May 5. It was a short turnaround, but she wasn’t worried. It still took her six tries to get what she calls a “complicated and frustrating form” filed out since every time you try once, the system locks you out for 24 hours. When she finally completed the process, her claim was rejected. The IRS said it was because she didn’t supply her IRS Identity Protection PIN.

In DeMuro’s case, the root problem was identity theft. DeMuro was the victim of identity theft in 2009, and she didn’t find out until a decade later when she applied for a mortgage and was informed someone used her Social Security number to file a fraudulent tax return. People like her were supposed to receive a special registration route form the IRS, but, for DeMuro, it did not happen -- or if it did she never received it.

“Because of the identity theft, the IRS was supposed to mail me a special PIN for security reasons, but I never got it. In the email rejection I got, the IRS sent me to another page that I thought would help me get my PIN. After entering information like my last four numbers of my credit card and my mortgage payment, it still didn’t work,” she says.

DeMuro, who was already a month behind on her gas bill, tried to call the IRS to get an Identity Protection PIN. She got a recorded message stating that the agency wasn’t open. A subsequent call to the IRS’s Identity Theft Central department ended with a similar recorded message, she says. She even tried filing 2019 taxes via postal mail and online via TurboTax and H&R Block — all to no avail. Finally, she found her way to Community Legal Services of Philadelphia (CLS), who she assumed had the resources to help her get a PIN and file on time. The May 5 deadline passed without a resolution. CLS told her she would need to wait until 2021 to file for her son’s missing payment.

DeMuro is not alone. While nearly 20 million Social Security beneficiaries automatically received $1,200 payments for themselves, they had to take action in a matter of days to claim their dependents. Hundreds of thousands of them, like DeMuro, missed that deadline and are still waiting for their additional stimulus funds. And many, like DeMuro, missed it through no fault of their own. The IRS says there is nothing these families can do. The only way they can claim the $500 per dependent they are entitled to is by filing taxes next spring — far too late to help them through the crisis.

“Normally, it’s hard to make ends meet,” DeMuro explains. “I often need to supplement our groceries with food from a food bank. That check would help us a lot. I can’t even tell you how many hours I spent trying to get this fixed and it’s still not resolved,” she said.

The family is still struggling with bills, says DeMuro. Between skyrocketing food prices, higher transportation costs for Uber rides to doctor appointments, and the need to purchase personal protective equipment like hand sanitizer, masks, and gloves, there just isn’t enough money to cover all the added costs of living in a pandemic. It got so bad at one point this spring that the family went without toilet paper due to price gouging. It simply didn’t fit into their budget.

The deadline issue would not be hard to fix. The IRS could simply continue to accept dependent claims from Social Security beneficiaries who missed the deadlines, and make additional payments this year. A group of Senators, led by Senator Wyden and Senator Cardin, have asked the IRS to do so. At a hearing last week, IRS Commissioner Chuck Rettig indicated the IRS was “looking into it,” but made no commitments to fix the issue.

New America estimates that 250,000 to 450,000 people are in DeMuro’s shoes, having received their $1,200 check but missed the deadline to claim their children. (This is on top of the 350,000 people who did file for dependents on time but are still waiting for the IRS to pay their $500 supplement due to a technical error.)

This is only one of a large number of issues that have plagued the CARES Act stimulus check rollout. Overall, five to ten million households living closest to the edge are waiting for their payments to arrive. In addition, as many as six million more have been blocked from filing taxes and claiming critical tax credits such as the Earned Income Tax Credit and Child Tax Credit. Millions of people are suffering through no fault of their own. Congress passed emergency relief but technical problems and a lack of help from the IRS, which was charged with distributing stimulus funds, has stymied their progress. New America, in association with the Center for Taxpayer Rights, laid out simple technical solutions last week for all of the major outstanding issues.

For many of the most vulnerable Americans, like DeMuro, the help can’t come soon enough. These funds keep families like DeMuro’s in their homes, fed, and safe. The funds aren’t just nice-to-haves, they are must-haves. They were earmarked for people to use right away, not months or a year later. More must be done today to make sure these funds reach those who need them the most.