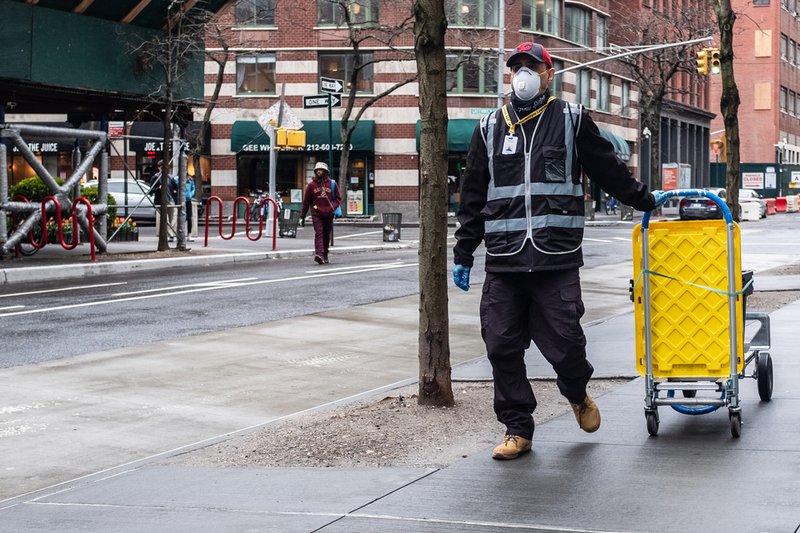 While most Americans continue to shelter in place, tens of millions of essential workers are leaving their homes and going to work every day to keep the country running — and many are doing it for less than a living wage. Overall, around 40% of American workers do not make a living wage, earning less than $15 per hour. Within essential industries, in which businesses are generally continuing operations during the crisis, that fraction remains about the same. Although precise data is hard to find, our analysis suggests that at least 13 million workers in essential industries — and potentially twice that number — continue to commute to work every day, while earning less than $15/hr. Such high rates of underpaid essential workers are consistent across several definitions of essential workers, developed by federal, state, and local governments.

As with so much else, the crisis simply reveals the grave injustices already present in our society: The workers risking their lives daily to keep the country running are the same marginalized people whose needs are consistently neglected. This population contains elevated rates of people living with disabilities (7%, vs 5.5% among workers in general), people living without health insurance (16-20%, vs 10% among workers in general), and people who speak English not very well or not at all (7-9%, vs 4% among workers in general). They need salary increases, and much more. Especially during this crisis, these workers need protective equipment, sick pay, rights at work, and benefits for their families if they contract the virus. Long term, this moment is a wake-up call for our society to take the essential services these workers provide seriously, and treat this population with the dignity they, and the work they do, deserve.

For now, as our whole country is depending on them, the very least we can do is offer them a living wage.

In recent weeks, various definitions of essential workers have circulated.

Using 2018 American Community Survey data, we identified all workers in essential industries based on these three classifications. We then identified all workers earning an average wage of less than $15 per hour. (Details in appendix.) The analysis suggests that essential workers may contain a slightly lower portion of workers earning under $15/hr than the overall economy — but not by much. Across the three models, the portion of workers earning less than a living wage remains roughly constant, ranging from 36 to 42%.

The classifications represent significantly different portions of the overall economy. Even using the smallest set of classifications — surely a significant undercount of essential business and workers — 13 million Americans earning under $15/hr are continuing to report to work every day.