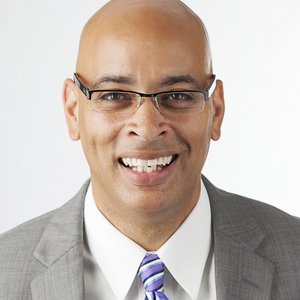 William Elliott III is a professor and founder of the Center on Assets, Education, and Inclusion in the University of Michigan’s School of Social Work. He received his PhD and master’s in social work from George Warren Brown School of Social Work at Washington University in St. Louis. He received his bachelor’s degree in philosophy from Geneva College in Beaver Fall, PA. Elliott is a non-resident senior research fellow for New America’s Family-Centered Social Policy program. He has been selected as the winner of the 2014 Distinguished Recent Contributions in Social Work Education and the 2016 University of Kansas Scholarly Achievement Award.

He is a leading researcher in the fields of children's savings and college debt. However, his research interests are broadly focused on public policies related to issues of economic inequality and social development. Numerous news and media outlets such as the National Journal, PBS Newshour, NPR, US News, Washington Monthly, the Washington Post, and others have featured his work. His research has served as the impetus for Children’s Savings Account (CSA) programs and policies across the United States. He is currently conducting research on the following CSA programs: Prosperity Kids in New Mexico, K2C in San Francisco, Promise Indiana, and the Harold Alfond College challenge in Maine. He has received research funding from such sources as the Ford Foundation, Charles Stewart Mott Foundation, Lumina Foundation, and Citi foundation.