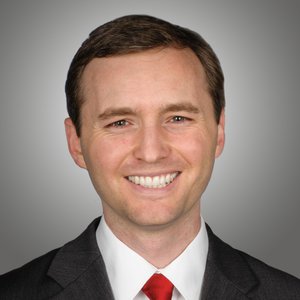 Dr. Tomicah Tillemann was the Executive Director of the Digital Impact and Governance Initiative (DIGI) at New America.

He worked in collaboration with the Rockefeller Foundation, the World Bank, MIT, and governments around the world to develop a new generation of open source technology platforms to power the public sector. He also oversaw the work of the Blockchain Trust Accelerator (BTA) and the Responsible Asset Allocator Initiative (RAAI). The BTA works with organizations to deploy decentralized technology solutions that address governance and social impact challenges worldwide. The RAAI ranks sovereign wealth and pension funds with combined assets of $20 trillion based on their strategies for managing social, governance, and environmental risks.

Prior to New America, Tillemann served as Senior Advisor to two secretaries of state, leading a team of experts that built 20 major initiatives in 55 countries. He joined the State Department in 2009 as Hillary Clinton's speechwriter and collaborated with her on over 200 speeches. Previously, he spent four years on the staff of the Senate Foreign Relations Committee working with Joe Biden, John Kerry and Barack Obama.

Tillemann’s other professional experience includes work with the White House, five U.S. Senate and Congressional campaigns, Reuters New Media, and the World Bank. He is a member of the World Economic Forum’s Council for the Fourth Industrial Revolution, the United Nations World Food Program Innovation Advisory Council, the Lantos Foundation Board of Trustees, and the board of the Global Blockchain Business Council. Tillemann is a co-holder of four patents. He received his B.A. magna cum laude from Yale University and holds a Ph.D. with distinction from the School for Advanced International Studies at Johns Hopkins University. He has lectured at Yale and Princeton, testified repeatedly before Congress, and delivered over 100 keynote addresses.