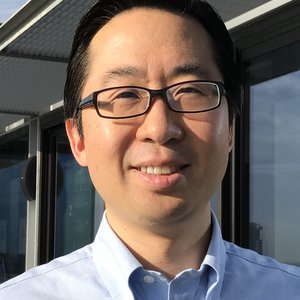 Todd Park is Co-Founder and Executive Chairman of Devoted Health. Prior to co-founding Devoted, Todd served as White House technology advisor based in Silicon Valley until January 2017. In this role, he focused on bringing top technology talent and best practices into government to improve service delivery, national defense, public engagement, and more. Prior to this role, Todd served from March 2012 to August 2014 as U.S Chief Technology Officer (CTO) in the White House Office of Science and Technology Policy, and, in that position, served as an Assistant to the President. Todd joined the Obama Administration in August 2009 as CTO of the U.S. Department of Health and Human Services (HHS), where he functioned as an “entrepreneur-in-residence,” helping HHS harness the power of data, technology, and innovation to improve the health of the nation. For his work at HHS, Todd was named one of Fast Company’s “100 Most Creative People in Business” in 2010.

Prior to his work in government, Todd co-founded Athenahealth in 1997 and co-led its development over a decade into a leading provider of cloud-based software and services for physicians and health care practitioners. He also co-founded Castlight Health, an innovative online health benefits platform company, in 2008, and has served as a senior advisor to Ashoka, a global incubator of social entrepreneurs, where he helped start a venture to bring affordable telehealth, drugs, diagnostics, and clean water to rural India. Todd graduated magna cum laude and Phi Beta Kappa from Harvard College with an A.B. in economics. He currently serves on the boards of New America and the Biden Cancer Initiative. Todd was elected a Fellow of the National Academy of Public Administration in 2017, and is a member of the 2017 Class of Henry Crown Fellows within the Aspen Global Leadership Network at the Aspen Institute.